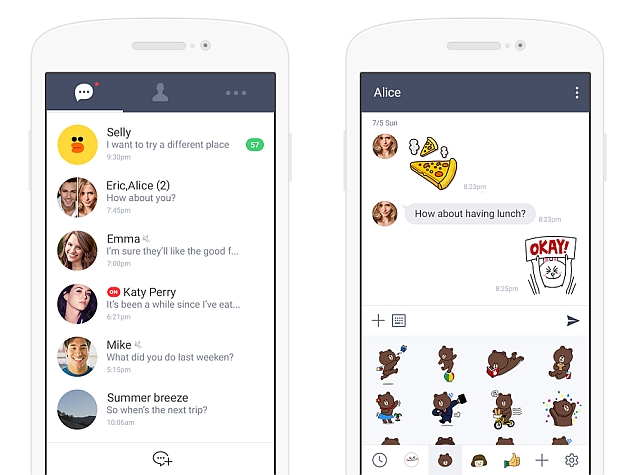 Line, which recently launched its own Line Music streaming service for Android and iOS, has now launched a light version of the original app called Line Lite for emerging markets with weak network infrastructure and limited connectivity, as well as for low-specced smartphones.

The lightweight app, weighing 912KB, features the same set of functionalities like the original app such as group texting, stickers, and image sharing. The app however, misses out on audio and video chat support. The firm has also removed the Timeline feature from the Line Lite app. Line says the Lite app takes less storage space and uses less data.

The app would first be released in 11 countries including India, Mexico, and Saudi Arabia, and will be brought to other regions based on user demand. The firm also promised that it would bring new features in Line Lite later. "Users can sign up for new accounts on Line Lite, or carry over their existing Line accounts," said the company on the blog post.

It adds, "Line Lite aims to maximise the user experience while reducing dependence on network infrastructure and the availability of high-spec devices. It promises to play an important role in improving the satisfaction of Line users around the globe, as well as enlarging Line's user base."

The Line Lite app is available to download from Google Play and requires Android 4.0 Jelly Bean or later OS version to run.

The company last month launched its music streaming service in Japan, getting a head start in the virtually untapped business for mobile music subscriptions in the world's second-biggest music market. Available for Android and iPhone users, the service, called Line Music, will offer unlimited access to a library of more than 1.5 million songs initially for a monthly fee of JPY 1,000 ($8.13), or 20 hours of access for half that.