Microsoft Makes it Easier to Share From OneDrive for Web, Android 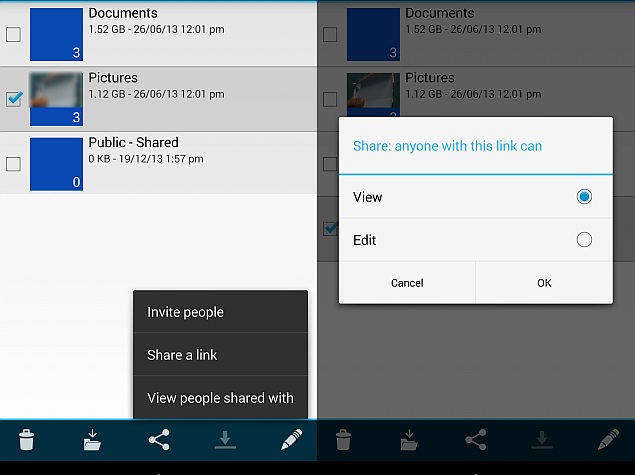 Microsoft has detailed updates to both its Web and mobile apps of the OneDrive cloud storage service, which will be rolled out globally 'over the coming days.' The firm has revealed some much-requested features as a part of the update for both desktop and Android platforms.

The update for OneDrive Web application for desktop is focussed on the stored and shared images of users. Microsoft says OneDrive users can now view images comfortably without straining their eyes, as the update would bring a larger thumbnail for images. The 'All Photos' section in OneDrive would now also include users' videos, so that they can easily access them from one place. Video playback has been also improved and now comes with support for more browsers and smartphones (when using the Web app), as per the official blog post.

Users would be able to change and customise the images seen in the rotating covers generated automatically by OneDrive. Users can also set a single image for an album cover. One can perform such action by navigating through 'Manage' and selecting 'Add as cover'.

A while back, OneDrive users got the ability to share images on Facebook, a popular social website, however, the upcoming update would now let them share videos on the social network also. The videos and photos will be published natively, allowing other Facebook users to see it directly on the social website without navigating to OneDrive account, along with commenting, tagging and other usual options.

For those users who utilise the 'Shared' folder in OneDrive, the update would now let them add extra images in the folder after it has been already shared among other users. The OneDrive users would only have to reach for their 'Shared' view, right click on the group and 'add' items.

The Android app for OneDrive has been updated by Microsoft, giving users more control over their data by offering certain permissions. The update would let Android users: share files and folders by inviting people, sending a link, or sending files to another app; update view and edit sharing preferences; select multiple files to download; move files and folders; and sort files and folders. The updated OneDrive v2.5 app will be available for devices running Android 4.0 Ice Cream Sandwich version or later.

While both the desktop and Android updates are said to arrive in the coming days, we have already got the Android update, as seen in the screenshots above.