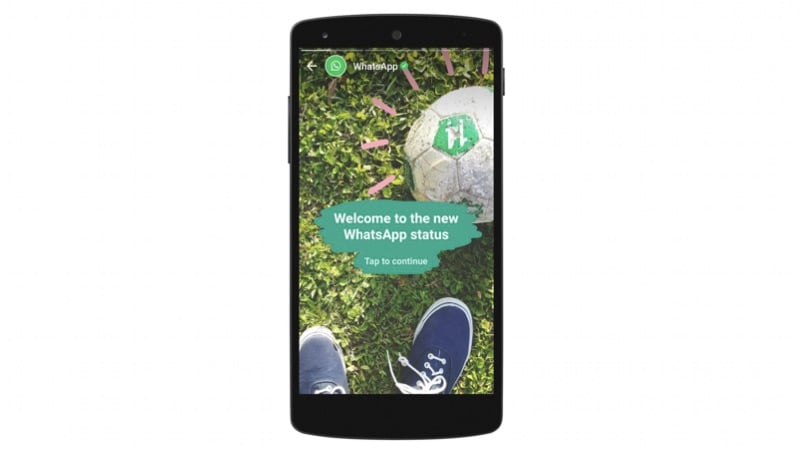 It's no secret that over the last few months Facebook has tried to take the best of Snapchat's features and add them to its artillery of applications. Snapchat Stories featuring photos and videos that disappear after 24 hours was brought to Instagram, Messenger and even messaging app WhatsApp. The move from Facebook has already proven successful for Instagram, but is now also a winner for WhatsApp, which sees 175 million daily users for the stories-like WhatsApp Status feature, beating Snapchat.

WhatsApp introduced the Snapchat-like stories feature back in February under the name WhatsApp Status. The move was not entirely appreciated from users who see the app as essentially a messaging-only service. But Facebook's intention of beating rival Snapchat meant offering the same social features across its products. However, despite the initial criticism, people are, in fact, using the feature according to Facebook's latest earnings report. According to recent numbers, WhatsApp's monthly active users stands at 1.2 billion.

The social networking giant's war against Snapchat seems to be working as the latter's numbers continues to grow at a snail's pace. Just last month, it was reported that Snapchat held around 161 million daily active users at the end of 2016, compared to a June 2016 report which reported 150 million. Meanwhile, Instagram steamrolled ahead with over 200 million daily users for its Stories feature, while WhatsApp now has 175 million takers for WhatsApp Status in less than three months. Facebook also recently introduced the Stories feature to the main Facebook app.