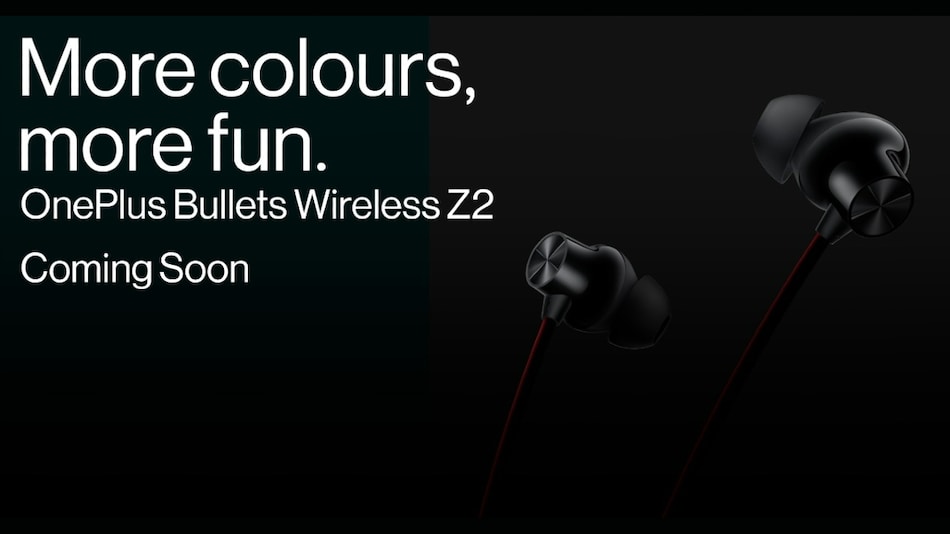 OnePlus Bullets Wireless Z2 are neckband-style Bluetooth earphones that were launched in India earlier this year in March. They initially arrived in Beam Blue and Magico Black shades. The Shenzhen company has now teased the arrival of a third colour option in India. The listing for this colour option is already up on Flipkart and is priced the same as the other two options. The OnePlus Bullets Wireless Z2 are claimed to have a battery life of up to 30 hours.

The OnePlus India's official Twitter handle shared an image teasing the release of a special new colour edition of the OnePlus Bullets Wireless Z2. In addition, this special edition has also been listed on Flipkart, which reveals that the colour option is called Acoustic Red and will cost Rs. 1,999. This is the same price point as the already available Beam Blue and Magico Black colours.

To recall, the OnePlus Bullets Wireless Z2 were launched in India in March alongside the OnePlus 10 Pro. These neckband earphones are equipped with 12.4mm drivers. They feature the AI scene-model algorithm, which is claimed to adjust call noise levels using the inbuilt microphone. The Bullets Wireless Z2 have a silicone-made neckband. They also boast an IP55-rated design with a hydrophobic nano-coating for great dust and water resistance.

The OnePlus Bullets Wireless Z2 feature Bluetooth v5.0 connectivity supporting AAC and SBC codecs. Separating their magnetic earbuds triggers a pairing sequence that can automatically pair these earphones to any nearby OnePlus smartphone. On the other hand, non-OnePlus have to manually pair these earphones. These OnePlus earphones house a 200mAh battery, which is claimed to provide up to 30 hours of backup at 50 percent volume. They also feature a USB Type-C port that is said to add up to 20 hours of backup with a 10-minute charge.