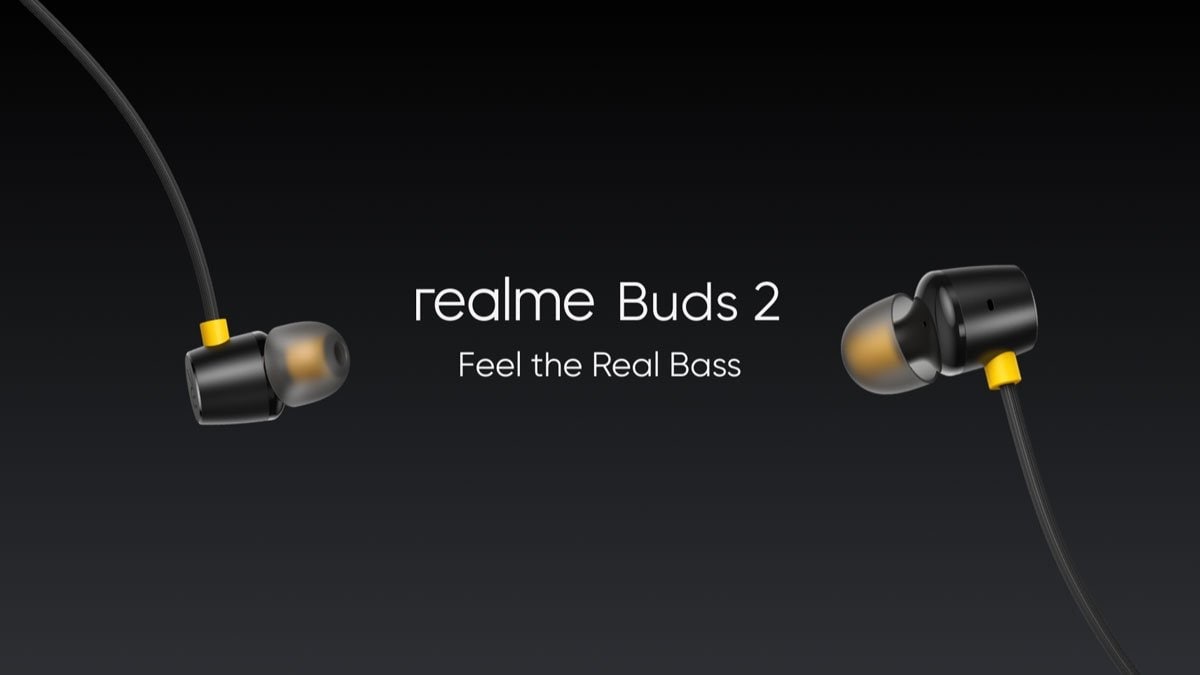 Realme unveiled its new Realme Buds wired headphones alongside the Realme 5 series phones at an event in New Delhi today. The Chinese smartphone maker says the Realme Buds 2 come with improved sound quality and a better design that would solve the tangled cable issue. These headphones will succeed the company's original Realme Buds that were unveiled in December last year.

According to Realme, Readme Buds 2 will carry a price tag of Rs. 599 and these will go on sale beginning September 4 in the country via Realme.com. The availability will expand to all major offline and online platforms on September 11.

Realme says the Realme Buds 2 include a 11.2mm bass boost driver, multi-layer composite diaphragm, and Japan Daiko voice coil. The headphones feature a 3.5mm plug, so these can be used with any smartphone or other mobile device that comes with a 3.5mm audio jack. Additionally, the company has added a cable organiser and built-in magnets to stop the headphones cable from tangling.

“Priced at #realmeBuds2 are the most stylish, user-friendly and durable wired earphones with the best sound quality in this price segment,” the company said in a tweet.

The Chinese smartphone maker also teased that its much touted 64-megapixel camera phone will be called Realme XT and it will be unveiled in late-September.