Audio-Technica’s latest pair of headphones is a Bluetooth-powered version of the popular ATH-M20x. 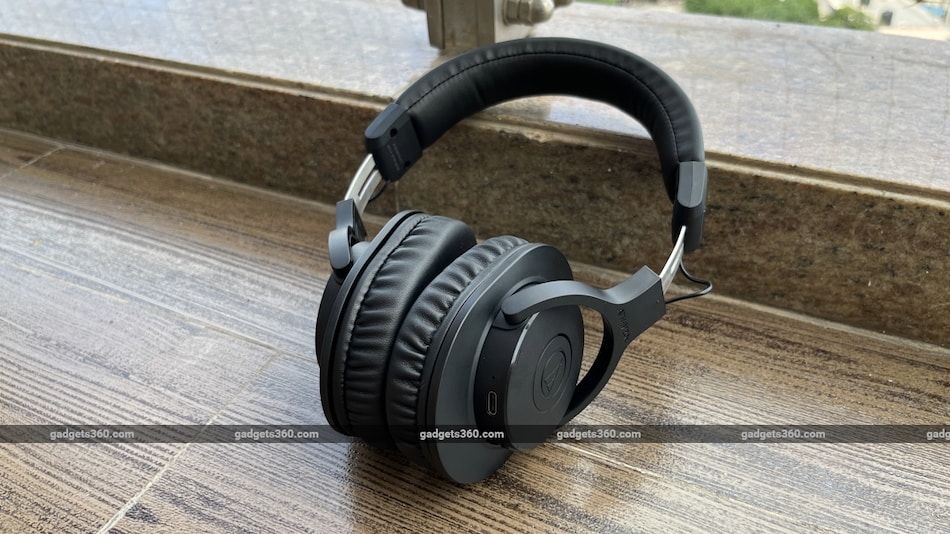 Before Bluetooth and wireless headphones became a big deal, Audio-Technica was a popular name in the business of wired consumer headphones. That's not to say that the Japanese brand has lost its relevance, but some of its new products seem to rely heavily on nostalgia and the proven credentials of some of its popular models from the past decade, such as the M-series of monitor-grade studio headphones. The product I'm reviewing here is exactly that — a refreshed, Bluetooth-powered version of an old favourite.

The Audio-Technica ATH-M20x has been around for years, and was once a very popular pick for its then-novel studio monitor sound at a reasonable price. The company's latest product is the wireless version of it. The Audio-Technica ATH-M20xBT is priced at Rs. 13,500 in India, giving nostalgic buyers a chance to experience the unique sonic signature, but with the convenience of wireless connectivity. With a promise of 60 hours of battery life, multi-point connectivity, and optional wired connectivity, is this the best wireless over-ear headset you can buy at around Rs. 15,000 right now? Find out in this review.

The Audio-Technica ATH-M20xBT features Bluetooth 5 for connectivity, but can also be used as a wired headset

The Audio-Technica ATH-M20xBT is, quite literally, a wireless version of the classic (and wired) Audio-Technica ATH-M20x. It looks and feels the same for the most part, with a proper over-ear fit, comfortable padding around the ears and on the headband, and a metal frame connecting the two ear cups. The design similarities also include the ‘ATH-M20x' etched into the sides, the gentle swivel for fit adjustment, the telescopically adjusting headband, and the exposed audio wires near the headband.

Available in a single black colour (for now), the Audio-Technica ATH-M20xBT benefits from the incredibly familiar design and fit of its predecessor. At 216g, the headphones don't weigh as much as you'd expect given the size, and feel light and comfortable to wear with the padding around the ear cups completely covering my ears.

I wasn't too impressed with the quality of the passive noise isolation, with the padding simply not doing enough to stop outside sound from getting in. The upside of this was that I didn't need to take off the headphones to get some air as often, with the fit allowing a reasonable amount of air flow to my ears.

There are, of course, small differences in the design to accommodate the controls and buttons. These include the stereo socket for wired listening, a USB Type-C port for charging, and three buttons to control playback and volume, all placed on the left side. Included in the sales package are a USB Type-A to Type-C charging cable and a stereo cable for wired connectivity, but unfortunately no carry case for the headphones.

The Audio-Technica ATH-M20xBT uses Bluetooth 5 for primary connectivity, with support for the SBC and AAC Bluetooth codecs. The headphones have 40mm dynamic drivers, a frequency response range of 5 to 32,000Hz, a rated sensitivity of 100dB, and an impedance of 36Ohms. There is a microphone on the M20xBT, so you can use it as a hands-free headset.

The on-device buttons control power, volume, and playback on the Audio-Technica ATH-M20xBT

Usefully, there is multi-point connectivity, so you can pair and connect to two devices simultaneously, with the headphones switching intelligently between the two based on content playing or calls received. There is no active noise cancellation or app support on the Audio-Technica ATH-M20xBT, and no wear-detection sensors as well, making it somewhat under-equipped compared to competing options from brands such as Sony, JBL, and Sennheiser.

Although the Audio-Technica ATH-M20xBT is definitely a bit low on features, it promises a lot when it comes to the most important aspect — sound quality. Pitched as the wireless version of the ATH-M20x, Audio-Technica claims to offer the same sonic tuning, but with the convenience of wireless connectivity. I won't go as far as to say that the M20xBT sounds as good as the M20x for the obvious reason that wired connectivity will always sound better than Bluetooth, but the M20xBT does come fairly close.

Where the Audio-Technica ATH-M20xBT definitely offers a familiar listening experience is in the sonic signature. It's the same neutral, studio-friendly sound that made the M-series so popular, giving frequencies across the range plenty of room to shine. This made for a fair amount of audible detail in the sound, and the ability to pinpoint faint elements in tracks that tied in well with the idea of studio monitors.

This was the case across genres and tracks, but the sonic signature and tonality of the Audio-Technica ATH-M20xBT particularly suited slower, more detail-oriented tracks. Listening to the excellent Truth by Kamasi Washington, the ATH-M20xBT headphones was revealing and insightful beyond what most wireless headsets in this price range can achieve.

The slow progression of this jazz track was engaging, with the headphones delivering every gentle hit of the drums, the saxophone riffs, and the occasional piano elements with superb precision for a wireless headset. This combined with impressive timbre and growl in the lows, a clear mid range for the orchestral vocals, and sharp highs that occasionally felt a bit too sharp.

Although the sound is a lot like the original ATH-M20x in terms of sonic signature, the M20xBT comes across as expensive and under-equipped for the price

With Arambol by Astropilot, I had a change to listen more closely to the stereo separation of the headphones, as well as specific elements across the frequency range. The bass naturally did not sound as calculated and tight as on the far more impressive (and expensive) Audio-Technica ATH-M50xBT, with the focus more on delivering the neutral, flat sound, rather than on the polish and refinement that is found on more expensive wireless headphones.

The obviously different tuning of the M20xBT tended to show cracks when things got too busy and too much was going on in the track, and this is perhaps where advanced codec support might have aided the overall sound. With support for just the SBC and AAC Bluetooth codecs, the Audio-Technica ATH-M20xBT felt a bit overwhelmed at times.

On the whole, though, Bluetooth itself seems to be the problem here; the Audio-Technica ATH-M20xBT is too true to its roots as a wired headset, and simply isn't tuned for the inferior wireless input signal of Bluetooth. Indeed, plugging in the cable and listening the old-fashioned way seemed to make up for some of the shortcomings in the sound, but this isn't what you're paying Rs. 13,500 for.

Call quality was decent indoors, with the loud sound making a difference in my ability to hear the person on the other end of the call. Connectivity was stable as well, with the Audio-Technica ATH-M20xBT working well at distances of up to 4m from the source device. Battery life on the headphones is excellent, with the headset running for around 48 hours on a single charge with music playing continuously at moderate volumes.

Audio-Technica is a noteworthy name in the consumer headphones and earphones space, and the ATH-M20xBT is itself from an iconic product lineup. However, this doesn't quite help too much here. Although it has the same monitor-grade sound as its wired version, is fairly revealing and insightful, and has excellent battery life, it's held back by a few issues. These include its lack of support for advanced Bluetooth codecs, and the high price.

It might make sense for fans of the Audio-Technica M-series lineup who want the benefit of wireless connectivity, but the ATH-M20xBT feels a bit under-equipped for the price, with no active noise cancellation, app support, or anything beyond Bluetooth connectivity for that matter. Objectively, this is a good pair of headphones in itself, but should have cost considerably less than Rs. 13,500.