Is this the best pair of true wireless earphones for less than Rs. 4,000? 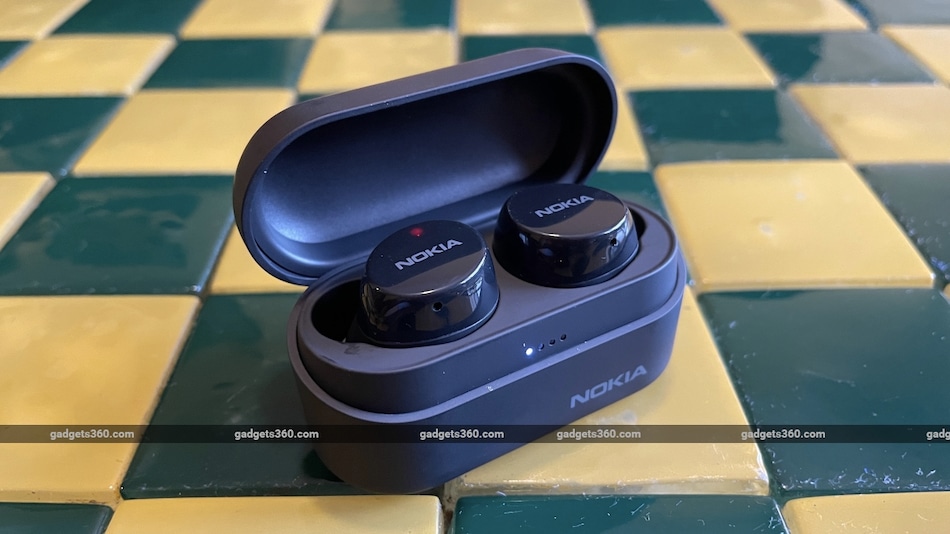 The Nokia Power Earbuds Lite are priced at Rs. 3,599 in India

HMD Global's modern Nokia smartphones have seen some success in India, and the company has expanded its product range to include audio products as well. Although not quite as well known as options from brands such as Realme and Redmi, the Nokia audio range includes some useful and well-equipped products. One of the company's recent launches is the Nokia Power Earbuds Lite, an affordable pair of true wireless earphones priced at Rs. 3,599 that promises a lot at a very reasonable price.

While more sophisticated features and design can be expected on high-end true wireless headsets, the Nokia Power Earbuds Lite sticks to the basics given its price of Rs. 3,599. The earpieces have a stalk-less design, and are therefore a fair bit larger at the top than our current top pick in the budget true wireless segment, the OnePlus Buds Z.

The earphones have a proper in-ear fit, but all three of the included pairs of ear tips are too small and don't have as tight a seal as those of the OnePlus Buds Z and JVC HA-A10T. This wasn't uncomfortable for me, but the inner parts of the earpieces are a fair bit thicker than on most other earphones to make up for the reduction in noise isolation from the tips, and this large inner size did feel a bit too snug at times.

The Nokia Power Earbuds Lite have a stalk-less design, which makes the earpieces quite large

While not exceptionally good-looking or stylish, the Nokia Power Earbuds Lite have the Nokia aesthetic of functional and sensible design down well. There are big Nokia logos, indicator lights which shine through a transparent section, and microphones at the bottom of each earpiece.

There are touch controls, with the entire outer surface (the area surrounding the Nokia logos) of each unit being a sensitive zone for taps. A single tap on either side plays or pauses music or answers calls, a double tap on the left or right decreases or increases the volume respectively, and a triple tap on the left or right skips to the previous or next track respectively. The controls are easy enough to learn and use, and I found it particularly useful to have volume controls on the headset itself.

The charging case on my review unit was matte black, somewhat complementing the glossy black of the earpieces. The front of the case has a Nokia logo, while the back has a USB Type-C cable for charging. Just under the lid are four indicator lights for the battery level of the case, which illuminate when the earpieces are placed inside. The earpieces latch onto the case magnetically, and the lid also shuts similarly.

For connectivity, the Nokia Power Earbuds Lite use Bluetooth 5, with support for only the SBC Bluetooth codec; the lack of support for even AAC is disappointing. The earpieces are powered by 6mm dynamic drivers. They are also IPX7 rated for water resistance, which is one of the headset's most impressive specifications. The earpieces are rated to handle significant exposure to water including being submerged completely for a short time, making them suitable for use outdoors and while working out.

The Nokia Power Earbuds Lite ran for around four hours per charge of the earpieces, while the case added six extra charges

Battery life on the Nokia Power Earbuds Lite is decent for a headset in this price range, with the earpieces running for around 4 hours on a single charge and the charging case providing nearly six additional charges. This made for a total listening time of around 28 hours per charge cycle, which isn't very commonly seen on true wireless headsets priced at under Rs. 5,000.

The budget true wireless segment tends to be a hit or miss; either sound quality is very good for the price, or the exact opposite. The Nokia Power Earbuds Lite fortunately fit in the former category, with clean and well-tuned sound across genres. Interestingly, the earphones do a decent job even with only the basic SBC Bluetooth codec, proving that good tuning and drivers make a big difference to the sound.

Perhaps the best way for a pair of budget headphones or earphones to succeed is to take no risks, and that's exactly what the Nokia Power Earbuds Lite manages to achieve. The sonic signature isn't very different from those of other options in this price segment, sitting somewhere between the bass-friendly sound of the OnePlus Buds Z and the more neutral, detailed sound of the JVC HA-A10T. The Nokia earphones seem to strike the right balance between these signatures, offering a reasonable amount of drive and attack, without sacrificing too much on the mid-range and detail.

The ear tips of the Nokia Power Earbuds Lite are small, and don't offer a very tight fit in the ear canal

Listening to a live version of Strandbar by Todd Terje, there was excellent interplay between the lows and highs, with the percussion feeling tight and rightfully dominating the feel of this fast, exciting track. The highs were just sharp enough as well, while the detail in the mid-range managed to push through capably.

There was a bit of everything in the sound when listening to this engaging track, with the earphones even managing to capture the feel of the audience clapping and cheering for this excellent live performance. While its sound certainly wasn't as detailed or driven as what the slightly more expensive Lypertek Levi can achieve, the Nokia Power Earbuds Lite reproduces enough in the sound to more than completely justify its price, and then some.

A listen to my favourite test track right now, Jaago by Lifafa, confirmed that despite leaning a bit towards the mid range and offering a fair amount of detail, this pair of earphones does focus on the lows, and offers perhaps the most detailed and calculated bass I've heard on any true wireless earphones priced under Rs. 4,000. The first half of this track did let Suryakant Sawhney's soulful vocals push through cleanly, but the earphones truly came into their element when the punchy bass kicked off in the second half.

Across genres, the Nokia Power Earbuds Lite sounded clean, consistent, fun, and impressive for the price. Perhaps the only thing missing in the sound is that almost indescribable edge – those small moments where you hear something new, or differently – which I only tend to hear on premium options. Objectively, this Nokia headset is just about everything you can expect from a pair of earphones priced under Rs. 4,000.

I also used the Nokia Power Earbuds Lite for occasional calls, and it worked decently, with clear sound and reasonable microphone performance in quiet environments. Connectivity was good indoors, with the earphones maintaining a stable connection over distances of up to 10 feet from the paired smartphone.

When you're shopping for high-end headphones and earphones, features and exceptional sound quality matter a lot. However, when you're looking for good affordable options, getting the basics right consistently is the key. That's exactly what the Nokia Power Earbuds Lite offers; this is an uncomplicated, capable pair of true wireless earphones that works as it's supposed to, and gives you very little reason to complain.

You might alternatively want to consider the OnePlus Buds Z for its better feature set, but the sound is a bit more detailed and calculated on the Nokia Power Earbuds Lite. It's among the best pairs of earphones you can buy for under Rs. 4,000. However, if you can spend just a bit more – up to Rs. 5,000 – then that will open up some impressive options to you, such as the Oppo Enco W51 and Lypertek Levi.