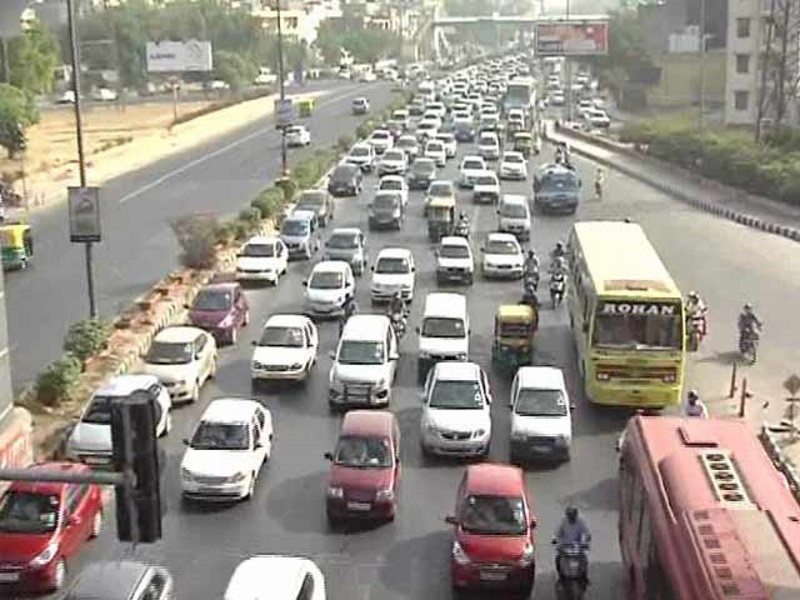 After introduction of 'body worn Cameras' for traffic officers in Hyderabad two years ago, Cyberabad Traffic Police (CTP) Friday launched 'eye-worn cameras' for the first time in the country.

Cyberabad Police Commissioner C V Anand launched the initiative by issuing '7 eye worn cameras' for Traffic officers, which will be used during enforcement work under its 'Smart Policing' initiative.

These cameras are worn as goggles and are fixed to the right side of the frame and have the advantage of capturing pictures as they are seen by the eye of the traffic officer.

"This is the first time any police force is using eye worn cameras on duty. They are sturdy and have recording facility for both audio and video with a 32GB internal memory which can record upto 21 hours continuously," a release from Cyberabad Police said.

In addition to the 25 'body worn cameras' used by traffic cops, 75 more such cameras have been procured by Cyberabad Police to be used by enforcement officers while working to capture the interaction with public.

The footage is also recorded and fed into the police station computers every day and this will supplement the existing video and digital Cameras, it said. This camera is worn on the body and will prevent allegations of bad or suspicious behaviour on part of the police officers, apart from keeping a watch on conduct of the traffic violators, it said.

Already tabs have been distributed to all enforcement officers, the release said. Traffic Police personnel, who in their line of duty and constantly exposed to various elements of weather as well as pollution, were also handed over Kit Bags. Each Kit Bag contains shoe, water bottle, sunglass, nose mask, reflective jacket and rain coat which will help around 1,000 personnel under Cyberabad Police Commissionerate discharge their duty better at the same time offering some relief to them from the exposure, the release added.