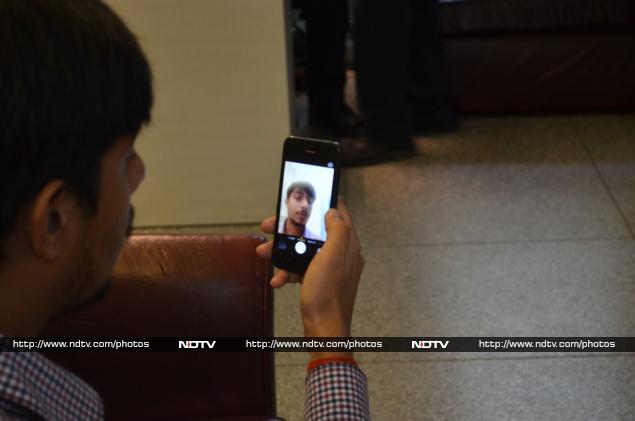 Scientists have developed a new technique which can recover the faces of bystanders from reflections in the eyes of photographic subjects, a development that could help identify criminals.

As the most commonly photographed objects are faces, there is potential in mining detailed facial images for hidden information, researchers said.

Until now, photographers might reasonably have assumed that their own face was absent from the image. But research, led by Dr Rob Jenkins from University of York overturns this assumption.

By zooming in on high-resolution passport-style photographs, Jenkins and co-researcher, Christie Kerr from the University of Glasgow were able to recover the faces of bystanders from reflections in the eyes of photographic subjects.

The recovered bystander images could be identified accurately by observers, despite their low resolution.

To establish whether these bystanders could be identified from the reflection images, the researchers presented them as stimuli in a face-matching task.

In a test of spontaneous recognition, observers could reliably name a familiar face from an eye reflection image.

"The pupil of the eye is like a black mirror. To enhance the image, you have to zoom in and adjust the contrast. A face image that is recovered from a reflection in the subject's eye is about 30,000 times smaller than the subject's face. Our findings thus highlight the remarkable robustness of human face recognition, as well as the untapped potential of high-resolution photography," Jenkins said.

The researchers say that in crimes in which the victims are photographed, such as hostage taking or child sex abuse, reflections in the eyes of the photographic subject could help to identify perpetrators.

Images of people retrieved from cameras seized as evidence during criminal investigations may be used to piece together networks of associates or to link individuals to particular locations.

The study was published in the journal PLOS ONE.