Behind the Scenes of the Disney-Sony Fight for Spider-Man

The battle was over money, as so many battles in Hollywood are. 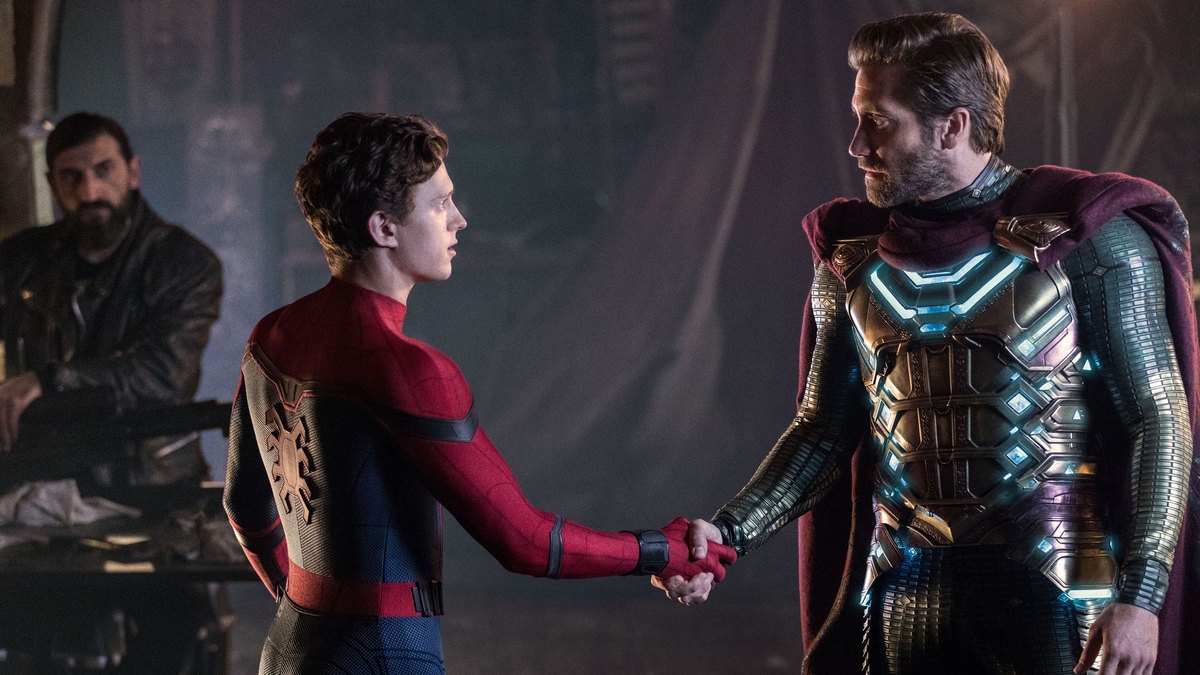 Whether you follow each creeping development of every comic-book property in Hollywood, or just generally think Avengers was kind of cool, you probably heard about the skirmish that has played out this week between Disney and Sony over Spider-Man.

The battle was over money, as so many battles in Hollywood are. But it also spoke to a more significant question: How should a massive conglomerate operate in the modern landscape?

Here's what unfolded. An agreement four years ago allowed Disney's Marvel Studios - and its King Midas-like top executive, Kevin Feige - to produce and manage Spider-Man movies for rival Sony Pictures, which has long held Marvel's Spidey license. Sony initially had a lot of success with Spider-Man movies beginning in 2002. But after a wobbly reboot of the franchise a decade later, Sony faced a tricky question: What should the studio do with a property it badly needed yet somehow couldn't maximize?

Enter Feige and Marvel. Marvel had begun producing its own movies in 2008 and was bought by Disney the next year. Making big-ensemble superhero films was hard, however, with some of Marvel's biggest properties licensed elsewhere. (In addition to Spider-Man at Sony, the X-Men were with Fox.) Marvel was eager to bring as many characters inside its tent as possible.

So Disney and Sony came up with a shared-custody arrangement. Feige would guide Sony's films, using his muscle and the flex of the whole Marvel cinematic universe. Disney would get merchandising revenue and the chance to use the popular Spider-Man in its own movies. And Sony, which would be releasing the films, would benefit from the promotion that came from appearances in another studio's blockbusters - oh, and from the involvement of Feige, who has made magic on Marvel films to the tune of $23 billion.

The partnership seemed to be going well. It gave rise to this summer's Spider-Man: Far From Home, a $1.1 billion worldwide grosser and the fifth-highest-grossing film of 2019 in the United States (It's the only movie in the top five not to be released by Disney.) And the character, played by Tom Holland, became a big draw in other Marvel movies such as Avengers: Endgame and Captain America: Civil War, especially for younger viewers. Everyone had reason to be happy.

Until recently. For all the shared profiting, the sides couldn't agree on a renewal. According to industry website Deadline, to continue lending Feige's expertise, Disney wanted to be a full partner - a box-office revenue share of 50-50, not just a pickup of ancillary revenue such as merchandising. But Sony didn't want to give up that much. (The Hollywood Reporter put the Disney ask at 30 percent, but same difference.)

But this wasn't only a battle about money.

Talking to five producers and studio executives around Hollywood, all of whom spoke on the condition of anonymity so as not to anger potential partners, it's clear that another, more profound question was percolating: What should a megalith entertainment conglomerate like Disney look like in 2019?

Should it be one that seeks to control every last property, steering it creatively and overseeing as much of its development as possible? Or is it okay, even smart, for a conglomerate to have properties scattered among other entities, because other companies can bring fresh ideas, and it's impossible to effectively oversee all known franchises anyway?

In short, will Disney function best as an empire, tightly overseeing its subjects? Or as a confederacy, allowing a degree of autonomy in places far from the capital?

That's where the modern landscape comes in to play. While the partnership made a lot of sense in 2015, a lot has changed since the deal was struck. Netflix, Apple and other Silicon Valley players have entered Hollywood. Traditional firms have felt they had to get bigger and stronger. Disney chief executive Bob Iger especially realized this and, in late 2017, bought Fox and its X-Men license.

If Disney was to become the behemoth it aspires to be, it needed not only to make the movie but to become a full partner in it. If it was to let Feige run the show, it had to make sure it owned the house.

But Sony wasn't having that. And thus Disney faced a quandary: Should it let Feige keep guiding the movies despite unfavorable financial terms? Should it keep its subject close, not allowing a studio in a far corner of its empire to go off and do what it would with an important property?

Or should it walk away, letting the far-flung corners of its kingdom do as they please and just live off the licensing fee?

Disney chose the latter. It opted, uncharacteristically, to give up control, believing the movies weren't worth their effort for minimal return - and gambling the films may not succeed as much without them anyway.

"Everything Iger has practiced said since he took over has been 'bring it in-house.' But maybe in this case it was smarter to leave it outside," said one executive not involved with either company.

The studios aren't acknowledging that this was about money or strategy. Disney has yet to comment, and Sony said in a statement it was simply a matter of Feige's time. We "understand that the many new responsibilities that Disney has given him - including all their newly added Marvel properties - do not allow time for him to work on IP [intellectual property] they do not own."

Sony, incidentally, faced its own existential question: Could the studio craft its own superhero hits without relying on an executive from Disney to help? In an industry where pride can be a greater currency than greenbacks, having a rival produce your hits isn't a good look.

If you're wondering about consumers, well, diversity of content providers seems like a good thing. Except a lot of fans like the shared universe that has become Marvel's stock-in-trade. Or as a Twitter trending topic Wednesday put it: #SaveSpidermanFromSony.

Disney, though, seems determined to walk away. Executives have taken the position they don't need firsthand control of every last property in their stable.

Of course, it's not clear they are doing this happily - or would do so in the future. After all, there was that previous case of X-Men and Fox. In that instance, Disney let its licensing studio do as it pleased. Then it bought the entire company.