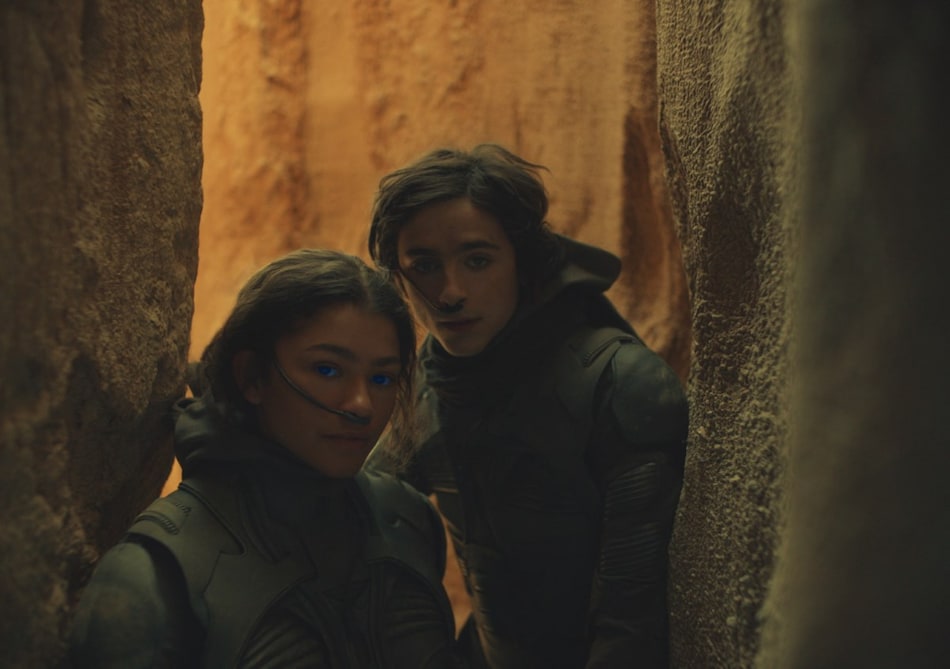 Dune trailer is here. As promised, Warner Bros. has unveiled the first proper look at its next big sci-fi franchise — Dune — an adaptation of Frank Herbert's 1965 magnum opus by the director of Arrival and Blade Runner 2049, Denis Villeneuve. The Dune trailer introduces the desert world of Arrakis, home to the most coveted substance in its universe, “the spice”. The protagonist Paul Atreides (Timothée Chalamet) reveals he's having visions in the Dune trailer, and he then sets out to wrest back control of Arrakis from those who oppose House Atreides, with the help of the woman in his visions, Chani (Zendaya). Chani is also Paul's love interest on Dune, as is revealed early on in the Dune trailer.

Behind the scenes, Villeneuve is working off a script he co-wrote with Jon Spaihts and Eric Roth. Hans Zimmer has composed Dune's original score. Villeneuve is also a producer on Dune along with Cale Boyter, Joe Caracciolo Jr., and Mary Parent. Dune is a production of Legendary Pictures (which holds the rights to the Dune books), and Villeneuve Films. Warner Bros. Pictures is the global distributor.

Legendary Entertainment has big plans for the Dune franchise. Dune is planned as the first in a two-part adaptation of Herbert's work. A spin-off series, Dune: The Sisterhood, had been greenlit in June last year, with a straight-to-series order from WarnerMedia. Legendary is putting a lot at stake here, especially when you consider that the first attempt, at the hands of David Lynch, didn't go so well. Lynch blamed studio pressure and disowned the film. And for what it's worth, Villeneuve has delivered critically in the sci-fi space, with the aforementioned Arrival and Blade Runner 2049.

Here's the official synopsis for Dune, from Warner Bros.:

“A mythic and emotionally charged hero's journey, Dune tells the story of Paul Atreides, a brilliant and gifted young man born into a great destiny beyond his understanding, who must travel to the most dangerous planet in the universe to ensure the future of his family and his people. As malevolent forces explode into conflict over the planet's exclusive supply of the most precious resource in existence—a commodity capable of unlocking humanity's greatest potential—only those who can conquer their fear will survive.”

Dune is currently slated to release December 18 in cinemas worldwide.

Redmi Note 9 to Go on Sale Today via Amazon, Mi.com in India: Price, Specifications
Nearby Share: How to Transfer Files Between Two Android Phones