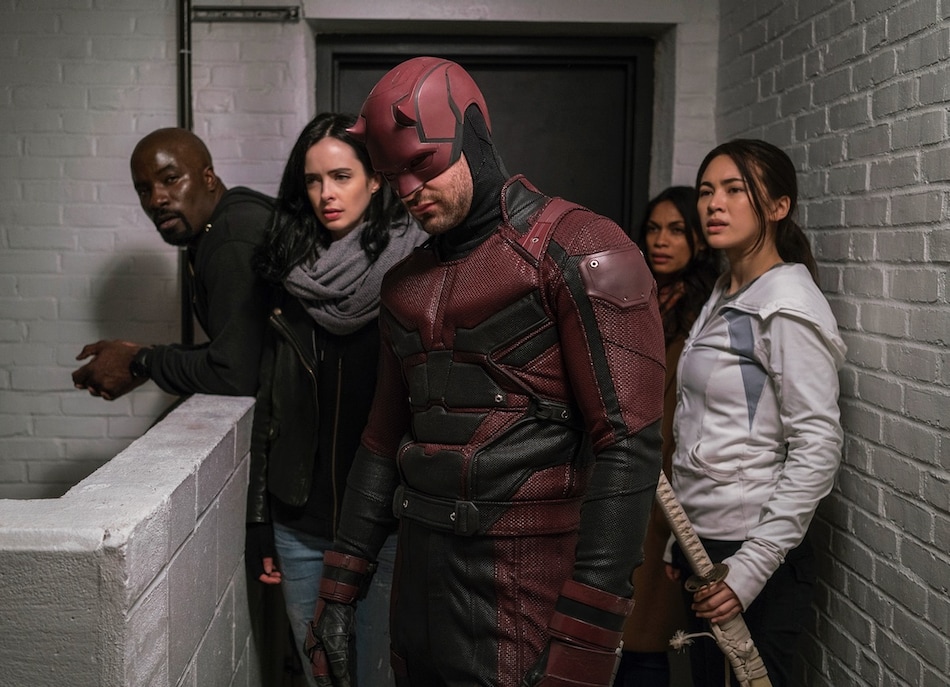 Disney+ Hotstar is getting more Marvel shows — the ones that used to be on Netflix — on Saturday, May 21. On Tuesday afternoon, the Disney Star-operated streaming service announced that all 13 seasons of six Marvel Cinematic Universe series made by Netflix would soon be offered on Disney+ Hotstar. That includes Daredevil starring Charlie Cox, Jessica Jones driven by Krysten Ritter, Luke Cage with Mike Colter, the Finn Jones-led Iron Fist, the limited series crossover The Defenders, and The Punisher starring Jon Bernthal. Daredevil and Jessica Jones have three seasons apiece, while Luke Cage, Iron Fist, and The Punisher ran for two each.

For those wondering how Netflix series are going to end up on Disney+ Hotstar, that's because Netflix never owned them to begin with. They were made in partnership with the now-defunct Marvel Television, and hence were under license from its parent company Disney. When the Mouse House planned its own streaming service Disney+ that would be the home of new MCU series — tied deeper into MCU movies than ever before — Netflix began cutting off all its Marvel productions. (Also, they were very expensive as they were shot in New York.) Jessica Jones season 3 in June 2019 was the last one, before Disney+ launched in the US in November 2019.

The countdown is on.
Marvel's Daredevil, Jessica Jones, Luke Cage, Iron Fist, The Defenders and The Punisher, start streaming May 21. pic.twitter.com/l6PkcUmuQ4

But the Netflix Marvel series remained on Netflix even after the launch of Disney+, thanks to the contract between Netflix and Marvel Television. The contract expired last year, it seemed, because Marvel Studios began integrating its characters into the larger MCU. Back in December, Daredevil's Wilson Fisk/ Kingpin (Vincent D'Onofrio) was part of the Jeremy Renner and Hailee Steinfeld series Hawkeye. And then later that month, in the interdimensional Spider-Man: No Way Home that united the three Spider-Man eras of Tobey Maguire, Andrew Garfield and Tom Holland, Daredevil/ Matt Murdock (Charlie Cox) showed up as a lawyer — his day job — after months of speculation and fan expectation.

Following that, on March 16, all six — Daredevil, Jessica Jones, Luke Cage, Iron Fist, The Defenders, and The Punisher — were made available on Disney+ in the US and other territories. But there was no word from Disney+ Hotstar then, until now. Come May 21, more of the MCU — though not all, as Runaways and Helstrom are still missing — is now on Disney+ Hotstar. We might even see more of Daredevil as a report from March claimed that Disney+ and Marvel Studios were working on a Daredevil reboot. But there's been no word on any of the others, and it seems they are dead and buried for the time being. Of course, in the MCU, you never say never.

Daredevil, Jessica Jones, Luke Cage, Iron Fist, The Defenders, and The Punisher hit Disney+ Hotstar on Saturday, May 21 in India. While Disney+ had to add new parental control settings thanks to the more mature nature of the Netflix Marvel series, Disney+ Hotstar — already home to mature content from the likes of HBO — is asking subscribers to revisit existing parental controls settings to “ensure a viewing experience most suitable for you and your family.”