Meanwhile, the rent option is now live on Google Play, iTunes, and YouTube. 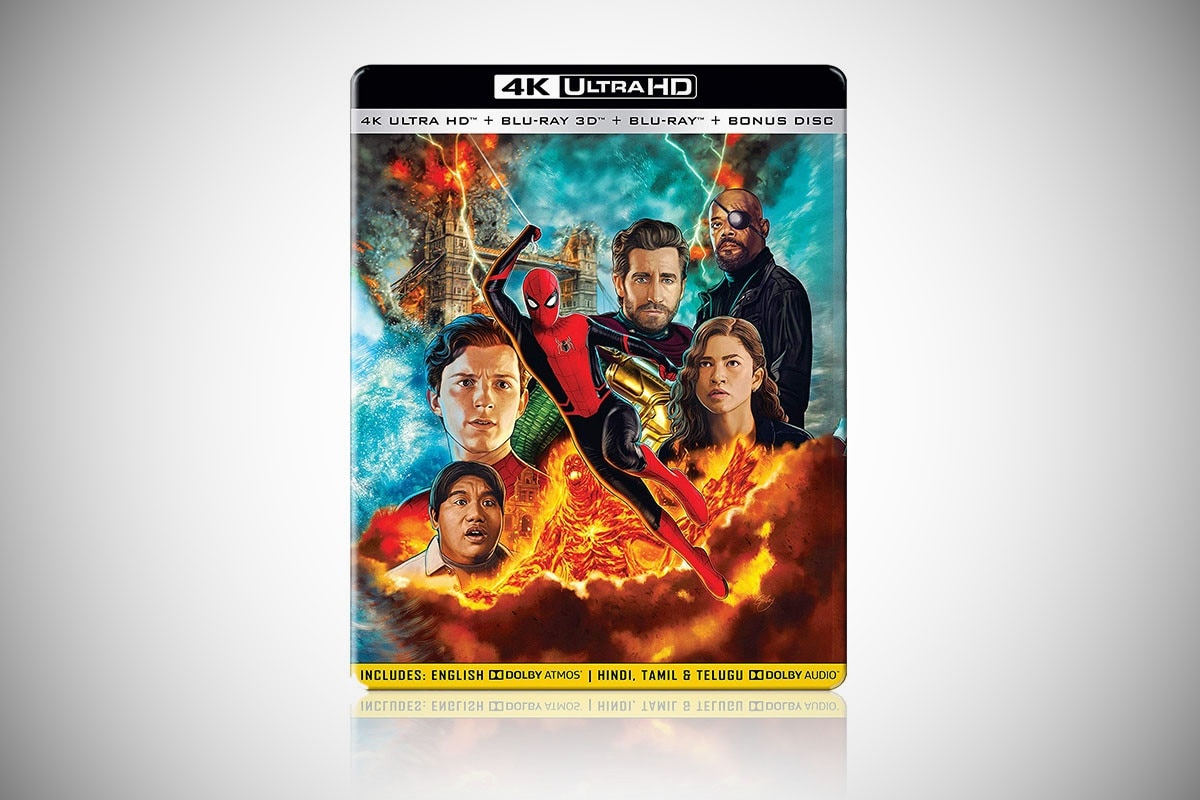 Spider-Man: Far From Home is now available on HD, 3D, and 4K UHD Blu-ray in India in six different versions, which offer a mix of the three aforementioned movie formats — the 4K one comes with Dolby Vision and Dolby Atmos — in combination with a bonus disc and / or a SteelBook case. Physical copies of the new Spider-Man movie start at Rs. 1,199 and go all the way up to Rs. 3,999. Each of them offers audio in four languages: English, Hindi, Tamil, and Telugu. The Far From Home Blu-rays are currently the only way to access the local language dubs at home in India, considering the digital prints — released in September — are only available in English. (Speaking of digital, the new Spider-Man movie is now also available on rent on Google Play, iTunes, and YouTube.)

Now the highest-grossing Spider-Man movie — as well as the biggest movie for its studio Sony Pictures — of all time with a worldwide box office gross of $1.128 billion (about Rs. 8,030 crores), Far From Home originally released July 4 in cinemas in India. Three weeks after release, it had emerged as the first Spider-Man film to swing past the coveted one-billion-dollar milestone at the box office, just as its co-producer Marvel Studios announced the next chapter, Phase 4 of the Marvel Cinematic Universe. (Far From Home was the final entry in Phase 3.) It all seemed to be going well but the world temporarily came crashing down in August as Sony and Marvel-owner Disney fell out on a new deal.

Thankfully, cooler heads prevailed a month later as new terms were reached, with Sony Pictures slotting a third solo Spider-Man movie — a sequel to Far From Home — for July 2021. That means it will open a little over two months after Doctor Strange in the Multiverse of Madness, slated for May 2021, and a few months before November 2021's Thor: Love and Thunder. And in doing so, the 2021 Spider-Man movie became the sixth film in Phase 4 of the MCU. Meanwhile, Tom Holland's Peter Parker is also free to appear in Sony's own Marvel universe, which includes the Tom Hardy-starrer spin-off Venom with a sequel coming in October 2020, and the upcoming Jared Leto Morbius movie, slated for July 2020.

You can now buy Spider-Man: Far From Home on HD, 3D, and 4K UHD Blu-ray in India. Pre-orders for Far From Home Blu-rays had been up since before the film's release in July. On digital, you can rent the Spider-Man movie in HD for Rs. 150 on Google Play, YouTube, and iTunes, or buy it for Rs. 690 on iTunes, and Rs. 820 on Google Play and YouTube.