The Batman 2: Is Matt Reeves Setting Himself Up for Failure?

Only a madman invites comparisons to The Dark Knight. 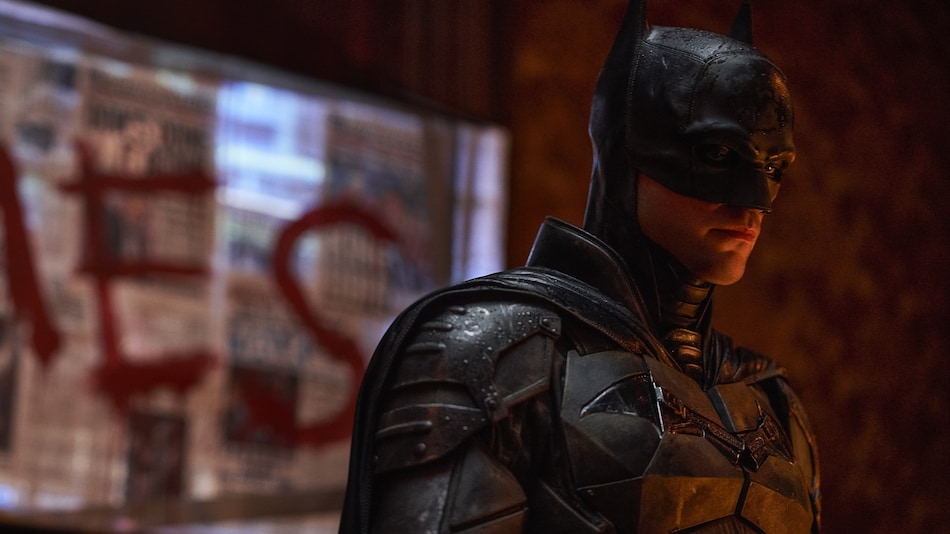 Robert Pattinson as Batman in The Batman

With The Batman — out now in cinemas — director and co-writer Matt Reeves has given us the first standalone movie about the titular billionaire superhero since Christopher Nolan wrapped up his Dark Knight trilogy. (In fact, it's been almost a decade. We are approaching the 10-year anniversary of The Dark Knight Rises, the disappointing conclusion to an otherwise fantastic series. Of course, Batman hasn't gone anywhere, with Ben Affleck playing him thrice already, and Michael Keaton set to return after 30 years.) And with Pattinson having signed a three-picture deal, it's clear that Reeves is planning to emulate Nolan with his own Batman trilogy. The Batman teases its sequel as it wraps up — introducing its next villain just like Nolan on Batman Begins.

Warning: major spoilers ahead for The Batman. Proceed at your own risk.

And turns out, it's the same one: the Joker (Barry Keoghan, credited as Unseen Arkham Prisoner). Reeves doesn't outright confirm it — though I imagine an interview in which he or someone else does is days or weeks away — but all signs point to the Clown Prince of Crime being part of The Batman 2, The Batman Part II, or whatever the hell Warner Bros. decide to call its sequel. There's the “clown” remark, the unmistakable laugh, and the brief hazy look at his face. It couldn't be anyone else. And if Batman's archenemy is going to be part of a movie, you can bet he will be the main villain. A first sequel to a Batman reboot that focuses on the Joker? Now where have I heard that before? No points for a correct guess — I've already hinted at it before — it's The Dark Knight.

The Batman — Our Spoiler-Free Review

It's bold, funny, and curious that Reeves would think to go in this direction with The Batman 2. Funny because as I noted in my review, The Batman itself hit some beats that reminded me of The Dark Knight. For one, there is Riddler's (Paul Dano) targeting of Gotham City's elite. Just like the Joker (Heath Ledger) did in The Dark Knight. Even the victims overlap. Joker went after the commissioner, a judge, the mayor (unsuccessfully), Rachel, and the district attorney. Riddler goes after the mayor, commissioner, district attorney, and Bruce Wayne (he gets Andy Serkis' Alfred instead). There's no Rachel in The Batman but the pattern is the same: police, law, legislative, and personal. They both supposedly have their reasons, but it boils down to toying with Batman. They are playing games.

The comparisons don't end there. As with The Dark Knight, after the villain is taken into custody — to be fair, the Riddler gives himself up in The Batman — our detective superhero confronts him face-to-face. The setting might be different (a hospital rather than a police station) and there might be a glass wall between the two (unlike what the case was in The Dark Knight), but the underlying tension remains the same. (Some of Riddler's lines and his planning also feel reminiscent of the Joker.) Batman is powerless in his “interrogation” scenes — and the only information he gets out of the prisoner is handed voluntarily to him. Of course, there are major differences, most importantly in when these scenes occur in the respective films, and how they fit into the larger picture.

By making a first sequel with the Joker, Reeves is inviting direct comparisons. It's curious why he would willingly put himself in that position. It also puts Keoghan in an unenviable position. Ledger won a posthumous Oscar and several accolades — and his Joker is frequently cited as the greatest live-action comic book villain performance ever. Everyone who has played Joker since Ledger has been compared to him naturally. Jared Leto had a one-and-done appearance in David Ayer's Suicide Squad that wasn't looked at kindly. Joaquin Phoenix did a terrific job in Todd Phillips' Joker but unfortunately, he was stuck in a movie that had nothing to say and bordered on highly irresponsible, equating mental health issues with a capacity for violence.

And The Dark Knight is the movie that silently changed the Oscars. Most in the industry agree that a Best Picture nomination snub for Nolan's epic pushed the Academy to move away from the five Best Picture nominees rule. Shortly after, the Academy — the body that organises the Oscars — announced that it was expanding the field. Instead of five, it would now allow up to 10 films to be nominated. (This rule has been tweaked again starting with the 2022 Oscars, with a fixed 10 movies being nominated for Best Picture going forward.) It is thanks to The Dark Knight that comic book movies began to be taken more seriously — and why Black Panther got a Best Picture nomination a few years ago.

Given the sheer magnitude of The Dark Knight, it's bold of Reeves to opt for the Joker as the sequel's centrepiece. But then, The Batman is a bold movie. It's unlike any other comic book out there today. More psychological horror than what audiences tend to expect from superhero movies these days: an action drama peppered with jokes and zingers. (That perception is primarily thanks to Marvel's rule of the genre, with its philosophy even impacting its rivals, as both DC and Sony have more or less followed suit.) In that sense, it's a remarkedly different beast than even Nolan's Dark Knight trilogy. More akin to what Damon Lindelof's Watchmen did for superhero fare on TV.

The Batman asks a lot of its audience, and not just because it runs for nearly three hours. 176 minutes, to be precise. While Nolan slowly scaled up runtimes as he got audiences invested in his universe — The Dark Knight Rises (165 minutes) was longer than The Dark Knight (152 minutes), which was longer than Batman Begins (140 minutes) — Reeves is demanding that from the get go. The Batman is not just longer than anything Nolan put out or every standalone Batman movie ever — it's the longest superhero film of all time that is centred on one character. The only superhero movies longer than The Batman are Avengers: Endgame (181 minutes) and Zack Snyder's Justice League (242 minutes), both of which were mega team-up events.

War for the Planet of the Apes Review: A Fitting End to This Decade's Best Trilogy

It shows the faith placed in Reeves by Warner, whose new crop of executives clearly have a bigger appetite for risk than those who imposed a two-hour runtime rule on Justice League, the poorly-received theatrical counterpart to Snyder's aforementioned director's cut. And given Reeves' record with Planet of the Apes — I maintain that it's the best trilogy of the 2010s — I too have faith in The Batman director. Though I really hope he knows what he's doing. The Dark Knight is one of my favourite movies of all time, and The Batman 2 will need to be something insane, special, and legendary to avoid looking like an also-ran. Reeves is inviting the comparison and he needs to answer for it.

The Batman released March 4 in theatres in India, the US, and around the world.

How to Apply for Jio Broadband (Jio Fiber) Online