Jamtara Season 2 Review: As Poor as Season 1, if Not Worse

Netflix series is guilty of many of the same mistakes it made two-and-a-half years ago. 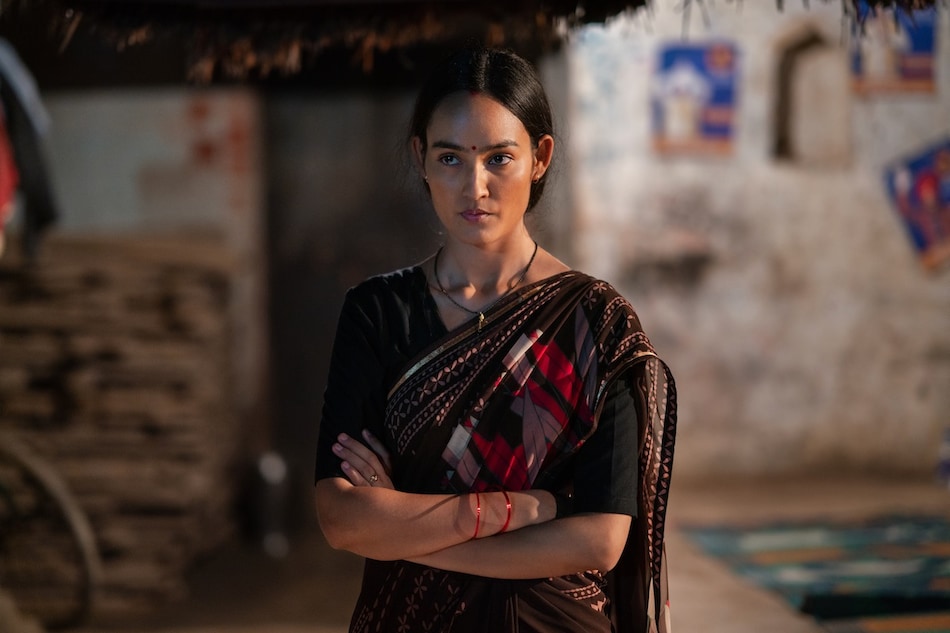 Jamtara season 2 — out now on Netflix — is an idea looking for a story. The returning director Soumendra Padhi and writer Trishant Srivastava know where they want some of their characters to end up, but they take the most mundane route to it. Through its eight-episode run, no one from Sunny (Sparsh Shrivastava) to Rocky (Anshumaan Pushkar) goes on any journey while they are headed to their destination. Just as with the first season, Jamtara's second season is too plot-driven. There's rarely a conversation between two characters that fleshes out who they are, or who they want to be. And towards the end, Jamtara season 2 more or less admits that it doesn't know what it's doing with some — and writes them off the show entirely.

No wonder then that for a show that can't be bothered to properly grow its characters and treats them as fodder for its narrative, Jamtara season 2 displays a callous disregard for topics that need nuance and a deft hand. Deep into its new season, the Netflix series decides to tackle cow vigilante violence in India. A Muslim meat shop owner is accused of selling beef — a word that Jamtara season 2 is even afraid to utter — and beaten up, after a news anchor uses his widely-watched programme as a dog whistle for his audience. But no one calls the broadcaster out, not even after the victim ends up dead later. The entire incident is a minor plot device, in the ongoing feud between two politicians.

As my mind began drifting thanks to the unengaging plotting and problematic choices, I began to wonder: what is Jamtara really trying to say? On one level, the Netflix series is about how a lack of good jobs and opportunities drives small-town India into get-rich-quick schemes. They've got nothing better on offer. On another, it's about how money is also power. That's why local politician Brajesh Bhan (Amit Sial) was so quick to get in on Sunny and Rocky's operation in season 1. And season 2 extends that argument by throwing an election into the mix, with Sunny's wife and fellow scam artist Gudiya (Monika Panwar) pitching herself as an alternative to Brajesh. Politics may be more central than ever, but Jamtara season 2 doesn't have anything new to say.

All You Need to Know About Jamtara Season 2

Jamtara season 2 begins in medias res in November 2016, as PM Modi's demonetisation drive hits and briefly sends the scammers of Jamtara into a panic. (It's weird how this doesn't cast a bigger shadow on the Netflix series, given Jamtara seems to be run entirely on cash. In the run-up to the election, cash is being thrown around with no explanation as to where the notes are coming from. There's also no talk of job losses or long queues at ATMs.) Outside of that though, status quo seems to have returned. Phishing has reached new heights in the Jharkhand city, with the con artists now buying phones and SIM cards in bulk — and by bulk, I mean thousands every week — to keep up with their revenue targets. Dare I say it, it's starting to look professional.

Meanwhile, having somehow avoided jail, Brajesh (Sial) is gearing up to fight a political battle with his aunt Ganga Devi (Seema Pahwa) who's withdrawn her support of him. Fresh out of jail herself, Ganga Devi has instead given a ticket to Gudiya Mondal (Panwar), hoping to use Brajesh's assault of Gudiya to spur voters' feelings and return her party to power. Of course, the misogynistic townsfolk are not inclined to believe a woman — and it helps Brajesh that his family have been in power for decades. Pahwa is, as always, the most natural actor of the lot here. Unfortunately, her role is very limited, in what can be termed an extended cameo. Sial also feels sidelined on Jamtara season 2. He's still onscreen a lot, but he doesn't exactly have a lot to do.

That brings us to our scammer-in-chief, Sunny. With the season 1 cliffhanger resolved offscreen, Sunny (Shrivastava) begins season 2 recovering at a hospital. There, he starts thinking of a new scam, along the lines of the Kaun Banega Crorepati scam that you might have seen going around WhatsApp. (Jamtara continues to be ripped from the headlines in season 2, as with season 1.) But the cops of Jamtara — newly-promoted cyber cell head Biswa Pathak (Dibyendu Bhattacharya), and the returning Dolly Sahu (Aksha Pardasany) and tech expert Saurav (Udit Arora), who are now in Ranchi but sent back to Jamtara on a special mission — are busy elsewhere, partly thanks to the scale of Brajesh's operation, and a new scammer who's gone after the wife of Jharkhand's Chief Minister.

Jamtara 2, Blonde, and More on Netflix in September

As with Sial, Pardasany feels sidelined on Jamtara season 2, with the Netflix series working overtime to involve Dolly in Jamtara business after her transfer to Ranchi. Bhattacharya's Biswa is caught between his desire to do good police work and not get himself suspended, but Jamtara season 2 never really digs into that properly. And having been shot by Brajesh's goons at the end of season 1, Sunny wants revenge on the guy who keeps them on a leash in season 2. But Jamtara keeps Shrivastava-on-crutches too busy with scam after scam, rarely letting him reflect on the enemies he's made. I haven't even mentioned Pushkar's Rocky, who doesn't have much of an arc to be honest.

Jamtara season 2 puts a larger focus on Panwar's Gudiya, who's brought to the fore thanks to her status as a candidate. Even as there's a public spotlight on her, Gudiya remains her timid self. And that's fine. But the problem is that she's more internal than the rest of them — her mind is constantly churning as to how she can outsmart Brajesh, but this isn't something that translates well on screen.

At least Gudiya is a consistent character. With its supporting cast, Jamtara season 2 flows the way it needs to. For plot purposes, the very folks who were minting money a few episodes ago conveniently become incapable of doing their work overnight. And while it's okay to show regular people mostly being very dumb — we all know someone who's fallen for one or more of these online scams — even the thieves are nowhere near as smart as they claim to be. Jamtara season 2 reveals they are using some truly stupid ways to scam common folk, though what's worse is how they park their own money.

The Netflix series also engages in one of my pet peeves: films getting technology wrong. Jamtara season 2 is a classic example of that. Sunny's “big scam idea” deep into the new season is a brute force technique that stopped working ages ago. There are also bogus police investigations, with a cyber expert tracing a criminal who posted a video online, without going through the platform involved.

Andor to Jamtara Season 2, the Biggest TV Shows in September

Ultimately though, what dooms Jamtara season 2 isn't its handle over technology — but storytelling. As the season progresses, its characters end up looking less like three-dimensional human beings, and more like chess pieces being moved around the board. (Jamtara season 2 turns its drug-addict comedy-relief characters into narrators, who offer commentary on the storylines by drawing mythological analogies. It's a naked attempt to make its tale seem larger than life, but it falls flat on its face.)

Season 2 is also a clear case of a TV series designed as an X-hour movie, a decision that blows up in its face. (I would have loved some self-contained episodes; ones that explored its deep ensemble.) And as tensions boil over, the season 2 finale instead fizzles. It's an underwhelming end to an underwhelming season. Little Things aside (which wasn't exactly a Netflix original), the wait continues for a strong season 2 from the house of Netflix India.