Alongside MotoGP 22, Nintendo Switch Sports, and The Serpent Rogue. 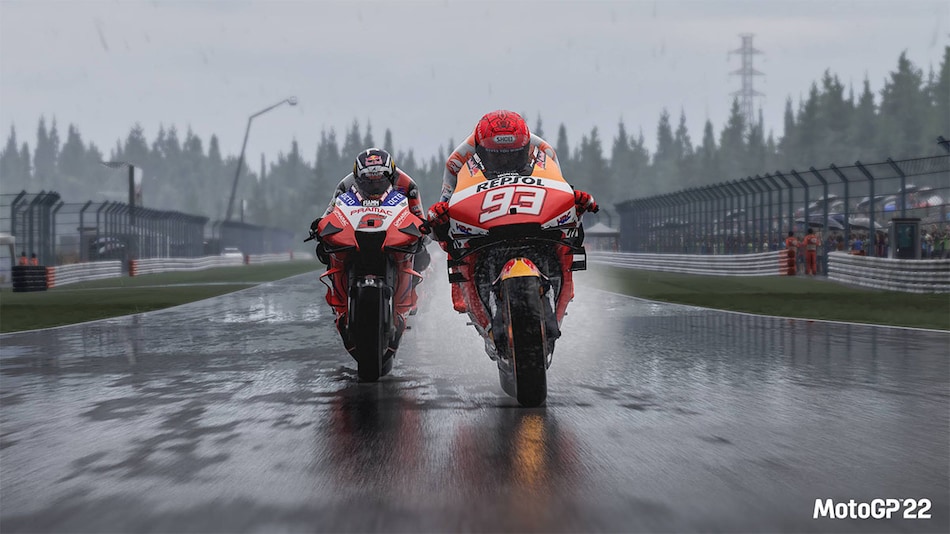 What are the biggest games in April? The new month brings a slew of games that will please those with a knack for sports and racing games. From Chrono Cross: The Radical Dreamers Edition to Lego Star Wars: The Skywalker Saga, there's a little bit of something for everyone. Motorsport enthusiasts will be able to enjoy MotoGP 22 with friends, as it will feature a two-player local split-screen along with the standard online multiplayer modes. April seems to be mostly favouring sports games, and another one to join the already piling list is MLB The Show 22, with the baseball game dropping in the first week of the month.

Meanwhile, Nintendo Switch Sports lets gamers enjoy soccer, volleyball, and bowling, among others, using a Joy-Con controller. Chrono Cross, the RPG that was originally launched in 1999 gets a much anticipated remaster with the title, ChronoCross: The Radical Dreamers Edition. And lastly, the beloved first-person adventure game gets a rework with new content and secrets in The Stanley Parable: Ultra Deluxe, almost a decade after the original game was launched. It will make its way to PC, PS4, PS5, Xbox One, and Xbox Series S/X on April 27.

When: April 1
Where: PC, Nintendo Switch

Get dropped into an outlandish world with unique characters in tERRORbane, a quirky take on the generic fantasy RPG formula. Unlike normal games, bugs will be your ally here as you dish out the Bug List to exploit and cheat your way through the “Developer's” sloppy game design on a comedic adventure.

The game will not shy away from taking jabs at iconic moments from gaming and entertainment history — so be on the lookout for Easter eggs sprinkled throughout the game. The game will encourage players to go for multiple playthroughs as your choices will affect the path you take.

Gamers waiting for MLB The Show 22 will be happy to see the game making an early release in April. This will be the 17th edition of MLB's The Show franchise. The Japanese baseball pitcher, Shohei Ohtani, popularly known as “Shotime” is featured on the cover.

The game introduces two new difficulty settings specifically tailored for players trying the game for the first time. Diamond Dynasty returns with a new Mini Season mode which lets the players enjoy a new set of competitions for each season.

MLB The Show 22 also supports cross-platform and cross-progression — the latter allows you to continue the season progress, and also earn and use content on other consoles. The game will come in three different editions with the Standard Edition, MVP Edition, and Digital Deluxe Edition.

As the game is adapted from all nine movies — from A New Hope to The Rise of Skywalker — gamers will have access to a total of 45 story missions, five per episode. Players can choose from over 300 characters and take advantage of new and improved combat, along with explorable planets, moons, and even iconic vessels like the Death Star.

Lego Star Wars: The Skywalker Saga will also feature Mumble Mode to replace the original voice acting in the game with Lego's signature grunts and mumbling seen in games such as Lego Harry Potter Collection.

When: April 7
Where: PC, PS4, Xbox One, Nintendo Switch

Set in the same world as Chrono Trigger, Chrono Cross was originally released over two decades ago, in 1999, on the PlayStation. The Radical Dreamers Edition is an HD remaster of the game that boasts of refined character illustrations, improved background music quality, simplified combat, and more.

It is a classic RPG adventure that puts you in the shoes of Serge, who is transported to a parallel world where nobody recognises him as that world's Serge had died years ago. Chrono Cross features up to 40 potential party members, each with unique skills and Element affinity.

Players will have to master the game's many elements and stamina to master its strategic turn-based battle system.

Motorsport fanatics can rejoice as MotoGP seems to be all set for another season as developers Milestone introduce new content and features designed to welcome both newcomers and core gamers. The game brings new and improved 3D character models and pits, better face animations, and refined tracks that can help with better rideability. MotoGP 22 will include over 120 official riders and over 20 official circuits for gamers to test their limits on.

The game will also feature a two-player local split-screen mode, online multiplayer, and cross-play through consoles of the same family for the first time in this series.

Set in a mediaeval fantasy world, The Serpent Rogue is an upcoming action-adventure game from Team17 Digital. The game will expect players to interact with the denizens of a cursed land, helping them out with alchemy by crafting and experimenting with potions, in exchange for resources as they progress in the game.

Gamers can transform themselves and others with potions, from altering their body so poison heals them to shapeshifting into different creatures. In their quest to defeat an ominous danger, players will have to explore forgotten regions, unearth secret passages, and learn to survive as they step into the shoes of The Warden, a mysterious alchemist who is destined to protect the realm and confront the Serpent Rogue on Mount Morbus.

When: April 29
Where: Nintendo Switch

Players can utilise the Joy-Con on the Nintendo Switch to participate in each motion-controlled mini-game. Gamers who purchase the physical copy of the title will also get access to a leg strap with a Joy-Con pouch to detect leg movements (which was also provided with Nintendo's Ring Fit Adventure) while playing football mini-game.

The upcoming Nintendo Switch Sports title can be played online with other players and friends, or locally, according to Nintendo. Later this year, gamers will also get access to golf as part of a free update.