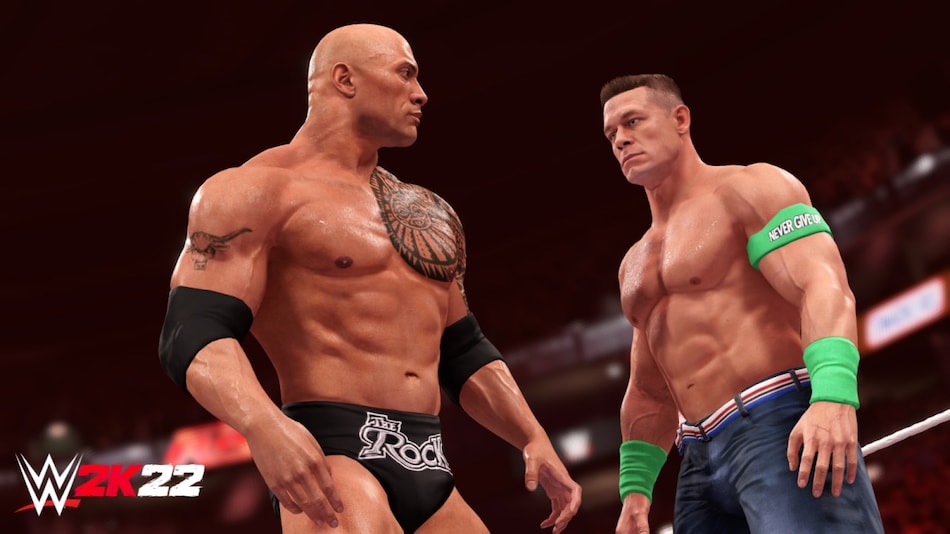 WWE 2K22 have iconic wrestlers like The Rock and John Cena

Be it the remastered versions of the ever-popular GTA 5 and GTA Online that will be finally releasing on next-gen consoles, or the PlayStation-exclusive racing title Gran Turismo 7, players have a plethora of options to indulge in. Action games take the front row as March sees the launch of most games in this particular genre — including fellow PlayStation-exclusive Ghostwire: Tokyo, wrestling title WWE 2K22, and top-down action RPG title Weird West, among others. Gamers will be able to play out fantasies online through role-playing games such as Elex II and Babylon's Fall.

That brings us to what is probably the only Nintendo Switch-exclusive in March — Kirby and the Forgotten Land — which is the 17th title in the Kirby franchise.

We have prepared a handy guide for you to decide which games to choose from in March. These titles are available to play on PC, PlayStation 4, PlayStation 5, Xbox One, Xbox Series S, Xbox Series X, and Nintendo Switch.

GTA 6 has been recently confirmed to be under development
Photo Credit: Rockstar Games

Successor to 2017's Elex, Elex II is a vintage open-world RPG developed by Piranha Bytes. The story is set several years after the first fight which saw the Hybrids bite the dust. Although, this time a serious threat from up above threatens to unleash menacing powers and end all life on the fantasy world of Magalan. Jax, the protagonist, makes a return in the sequel and is tasked with convincing the factions to come together and fight this war.

Six years after the launch of Shadow Warrior 2, the sequel is one of the most anticipated titles this month. Shadow Warrior 3 is a first-person shooter that is brought to you by Flying Wild Hog and Devolver Digital. Series protagonist Lo Wang makes a return in Shadow Warrior 3 and is ready to jump right into the field with his beloved Katana — which can slice up enemies in a single swipe.

The game introduces new movement options for Lo Wang with fascinating techniques such as air dashes, wall runs, double jumps, and more. Shadow Warrior 3 also brings in a new grappling hook which is able to bring a new rhythm to combat. Lo Wang is still able to engage in not-so-friendly banters during the combat, something he did in Shadow Warrior 2 as well.

Babylon's Fall is a cooperative action RPG that brings a hot new take on PlatinumGames' (known for NieR: Automata, Bayonetta, and more) signature combat style. The Square Enix-published Babylon's Fall lets the player take control of Sentinel who aims to scale a massive tower which is widely known as The Ziggurat.

You can play alone or with three other friends as you fight your way to conquer the Tower of Babel. The game allows you to choose different styles of play and choose weapons based on your approach. Players are provided with a device known as Gideon's Coffin that allows players to carry two spectral weapons.

Developed by Polyphony Digital and exclusive to Sony's consoles, Gran Turismo 7 is the only racing game title on this list, and for good reason. The eighth Gran Turismo title will have more than 400 cars, 34 locations with 97 layouts, a car-themed resort, The Cafe that showcases the history of the automobile with engaging visuals, series-classic tracks, and more. The developers have tried to incorporate music in a new format by introducing Music Rally events, where you get to race your cars to popular tunes.

2K Games is set to release WWE 2K22 as the latest instalment in the popular wrestling series, bringing back a popular GM Mode from the SmackDown vs Raw titles, along with a new MyFACTION mode that will debut with the upcoming title.

WWE 2K22 will be the series' first wrestling title in two years since WWE 2K21 was cancelled after WWE 2K20's poor performance and also due to the ongoing coronavirus pandemic. WWE 2K22 is set to feature Rey Mysterio on the cover.

Tunic is an upcoming Indie game developed by Andrew Shouldice and published by Finji. The game was first announced as Secret Legend back in 2015 — it was originally planned to release in 2018, but it got stalled and will arrive now. Tunic is an isometric game that is led by a small fox. As the adorable fox, you get to explore the entirety of the land while defeating enemies, collecting items, and discovering various kinds of secrets on your journey.

Final Fantasy debuted on the Nintendo Entertainment System (NES) in 1987, and the upcoming Stranger of Paradise: Final Fantasy Origin is an alternate universe retelling of the original storyline. Published by Square Enix and developed by Team Ninja and Koei Tecmo, this action role-playing game is a dark interpretation of the original title.

The game follows the story of protagonist Jack Garland, who is driven by a desire to destroy Chaos — a demon and antagonist from the first Final Fantasy game. Gamers will battle monsters from the Final Fantasy series, and the protagonist will reportedly be able to use both physical and magical attacks, according to Square Enix.

Ghosts and spirits are haunting Tokyo and the population is vanishing nearly instantaneously thanks to supernatural forces, known as Visitors. The protagonist of Ghostwire: Tokyo, Akito, must ally with a powerful spectral entity as they master several elemental powers and figure out why people are disappearing.

Gamers will be able to use hand movements to cast spells to weaken enemies, exposing their cores for a quick kill. The game, developed by Tango Gameworks and published by Bethesda, is set to launch exclusively on PC and PlayStation 5.

Another one from 2K Games in March, Tiny Tina is essentially a spin-off of the Borderlands franchise. Tiny Tina's Wonderlands is a first person shooter but has elements of an action role-playing game. With support for up to four players, the game also supports a split-screen multiplayer mode. In Wonderlands, players can create their own playable characters, unlike previous titles where they could only select from default characters.

Based on the Starship Troopers movie franchise, Starship Troopers - Terran Command is a real-time strategy game where players take command of the mobile infantry to defeat the Arachnid threat. The latest Starship Troopers title features an immersive storyline, dozens of unit types, terrain elevation, and more.

As the name suggests, Weird West is set in the wild west and revolves around cowboys. The top-down action role playing game has many elements that make it interesting. One of them is that the actions by a player are permanent and cannot be undone by respawning. Developed by WolfEye Studios, Weird West is releasing on PC and last-gen consoles — but can be played on the PS5 via backward compatibility.

Editor's note (04/03): The Settlers reboot was slated to release March 17, but Ubisoft decided to indefinitely delay the title. It has hence been removed from the list.