BGMI players can battle the Boss Monster and Cursed Corpse for rare rewards. 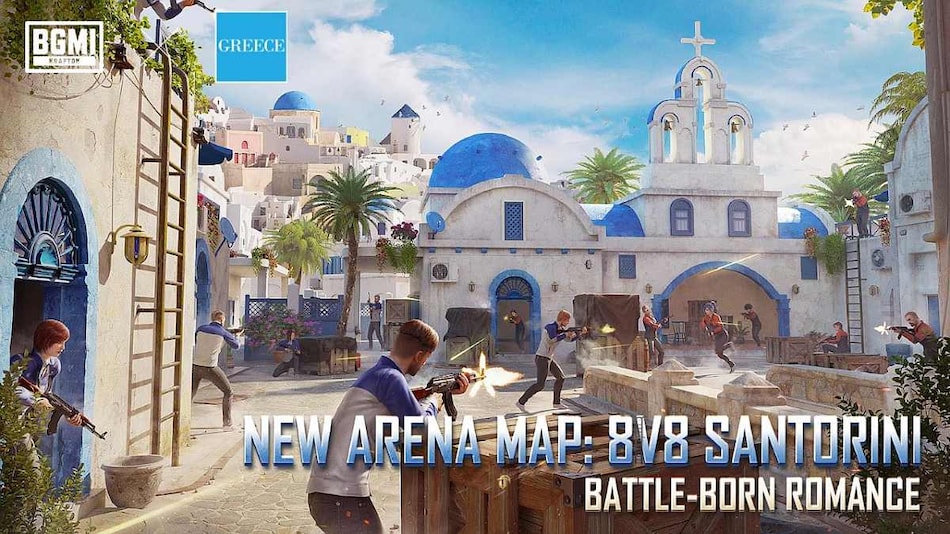 Battlegrounds Mobile India (BGMI) has added a new Team Death Match (TDM) map to the popular battle royale game as part of the February 1.8.5 update. The new map, Santorini, is the first 8x8 TDM map in the game, and follows the addition of new features and gameplay changes introduced by Krafton including the ability to recall teammates in the game, and the use of vending machines for supplies. The publisher has also added new characters to the game as part of a new collaboration with Jujutsu Kaisen, which will be rolled out today in Erangel and Livik, with the chance to win special rewards.

As part of the BGMI 1.8.5 update, Krafton has added a new 8x8 TDM map called Santorini, that will be introduced to the game today, allowing 16 players to face off against each other. BGMI already allows gamers to participate in 4x4 player matches, and the new map will allow more players to join in. Gamers will have access to preset weapons in the new Santorini map, along with Arena Training, according to Krafton.

BGMI will also bring four main characters — Megumi, Satoru, Yuuji, and Nobara, from popular anime series Jujutsu Kaisen, as part of a new collaboration that will roll out to Erangel and Livik today. Gamers will be able to interact with these characters in the game. They will be able to select the Jujutsu Kaisen Theme Mode in ranked match mode by tapping the arrow button on Erangel and Livik, according to a teaser video previously shared by the publisher.

Players will also be able to summon and defeat the Boss Monster and Cursed Corpse, using Skull Grenades on the latest version of the game. Defeating these monsters will grant rare rewards. Krafton has also added locked treasure boxes in the game with loot items, as part of the latest collaboration. Gamers can locate these boxes to find rare ingredients that can be exchanged for rewards and achievements, according to Krafton.