Marvel's Sokovian sorcerer and her chaos magic have arrived on the Fortnite island. 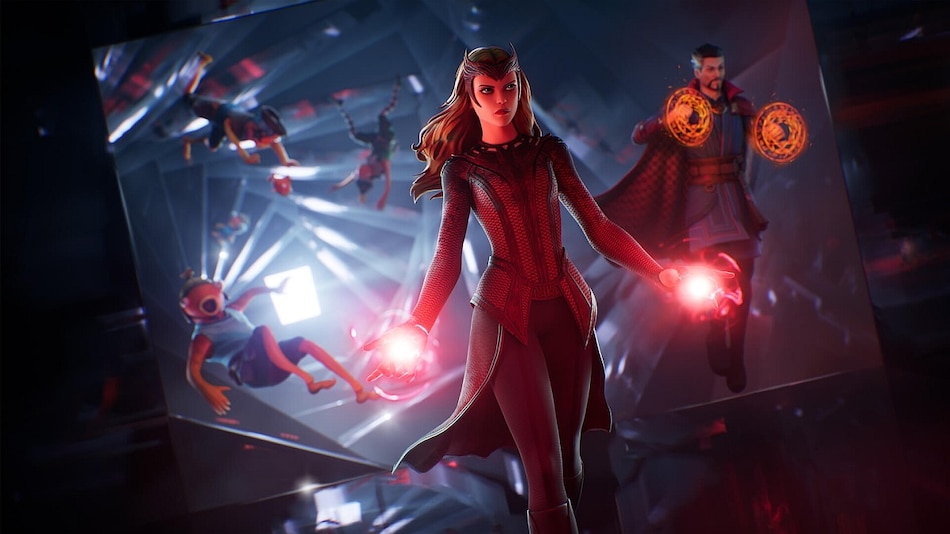 Fortnite has added a new Scarlet Witch skin, just in time for the release of Doctor Strange in the Multiverse of Madness. The hero is the latest character from the Marvel Cinematic Universe to make her way to the popular battle royale game. The Sokovian sorceress joins Doctor Strange and Spider-Man, who were recently added to the game. Like all other cosmetic items, the Scarlet Witch skin grants no competitive advantage in the game and is available for purchase from the Fortnite Item Shop.

On Friday, Fortnite announced that it had added a new set of Scarlet Witch/ Wanda Maximoff themed items to the store. These include the Scarlet Witch outfit with Wanda's Cloak (back bling) which is priced at 1,500 V-Bucks — Epic Games' in-game currency. The outfit matches Wanda's appearance in Doctor Strange in the Multiverse of Madness — released in India and the US today — and offers the ability to light up when eliminating opponents.

In addition to the Scarlet Witch skin, Fortnite has also introduced similarly themed Chaos Hand Axe Pickaxe (harvesting tool), and a Psychic Energy Manipulation emote. You can also pick up all the items as part of the Scarlet Witch bundle for 1,800 V-Bucks which also comes with a Through the Mirror Dimension loading screen. A pack of 1000 V-Bucks is priced at Rs. 666 in India.

With the introduction of Chapter 3 Season 1, Fortnite added a Spider-Man skin with different style options to the game as part of the Battle Pass, while the ongoing Chapter 3 Season 2 added a Doctor Strange Skin which can be unlocked by earning XP for Battle Stars in the battle royale game.