God of War Ragnarök will be available to pre-order from July 15. 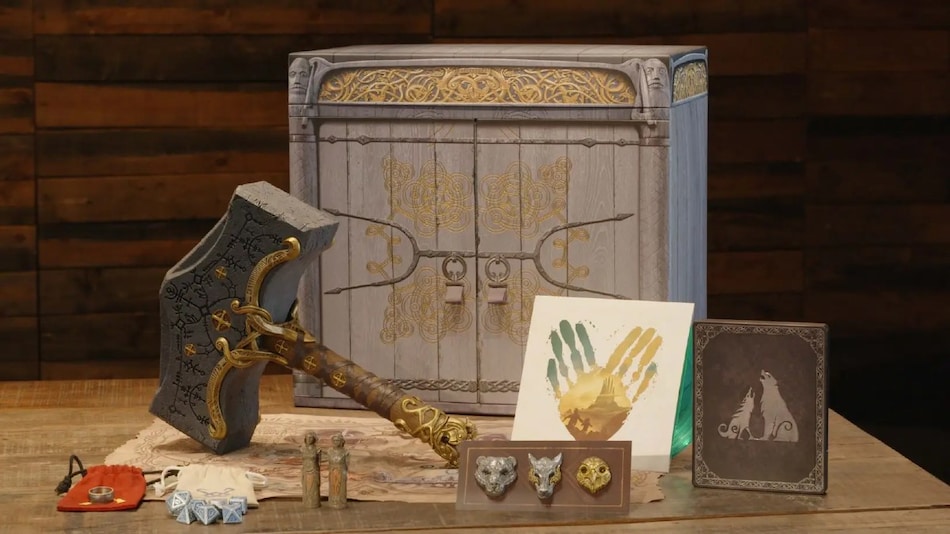 God of War Ragnarök's release date is set for November 9. Sony shared a cinematic trailer for the game on Wednesday confirming that it will be available on the PlayStation 4 and PlayStation 5. Fans of the franchise will be able to pre-order it starting July 15 at 10am EST (7:30pm IST). The four editions of God of War Ragnarök have also been revealed along with pre-order bonuses. Notably, none of these bundles include a physical copy of the game, which has been seemingly replaced by empty steelbook cases.

Sony made the God of War Ragnarök release announcement on Wednesday confirming the November 9 release date. The standard edition will give players access to the complete game. The pre-orders will open from July 15 and will grant players the Launch Edition bonuses. They will receive two in-game cosmetic items — the Kratos Risen Snow Armor and the Atreus Risen Snow Tunic.

The Digital Deluxe Edition includes bonus in-game content that will get unlocked as players progress in the story. This special edition includes:

The Collector's Edition is a physical bundle that comes boxed in a mini replica of the Knowledge Keeper's Shrine from God of War (2018). The shrine depicts the tale of a Giant Sorceress called Gróa, who was the first to have a vision of Ragnarök. This edition features all the bonuses offered in the Digital Deluxe Edition along with the following:

The Jötnar Edition is a premium edition of the game that includes nearly all the offerings of the Digital Deluxe Edition and the Collector's Edition. It also comes encased in a mini replica of the Knowledge Keeper's Shrine.

God of War Ragnarök will release on November 9 on PlayStation 4 and PlayStation 5. Pre-orders are set to open from July 15 with special editions of the game up for grabs.