Pokemon Go was released globally on July 6, 2016 and is celebrating its fifth anniversary this year. 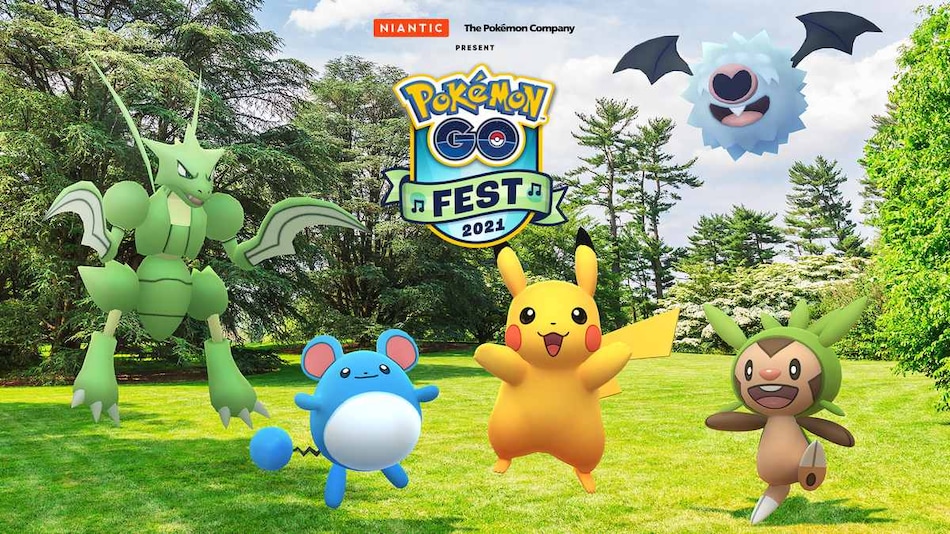 Pokemon Go is celebrating its fifth anniversary and developer Niantic has announced Pokemon Go Fest 2021 that will start on July 17. The two-day event will be open to all players globally including India and they can purchase tickets to be part of the event. Indian players or ‘trainers,' as the game calls them, will be able to join trainers from across the globe to complete challenges. The developer has also partnered with Google Play for Pokemon Go Fest 2021, bringing interesting offers to Indian players.

Pokemon Go was released globally on July 6, 2016 and this year marks the fifth anniversary of the augmented reality (AR) mobile game. The game is celebrating this occasion with an event that started on July 6 and will continue through July 15. Developer Niantic is organising a two day Pokemon Go Fest 2021 on July 17 and July 18 that will allow Indian trainer to participate and win rewards. Players will have to purchase tickets worth Rs. 399 to enter the event.

Those who have tickets will be able to collaborate with others in the Global Challenge Arena wherein Indian players can team up with trainer across the globe to complete hourly challenges. Completing a challenge will give trainers a bonus that will last for the remainder of the hour. Completing all 24 challenges will unlock Space, Time, and a mystery bonus in the weeks following the Pokemon Go Fest 2021.

Additionally, Niantic has also partnered with Google Play give players three months free membership of YouTube Premium, exclusive content with comedy content creators The Try Guys, and a Google sponsored gift bundle which includes one Incense, one Super Incubator, and 30 Ultra Balls. There are more surprises as well. The YouTube Premium membership costs Rs. 139 per month or Rs. 399 for three months. It includes ad-free YouTube and YouTube Music along with offline play and background play.