FIFA 22, Forza Horizon 4, and Sea of Thieves also get discounts on Steam 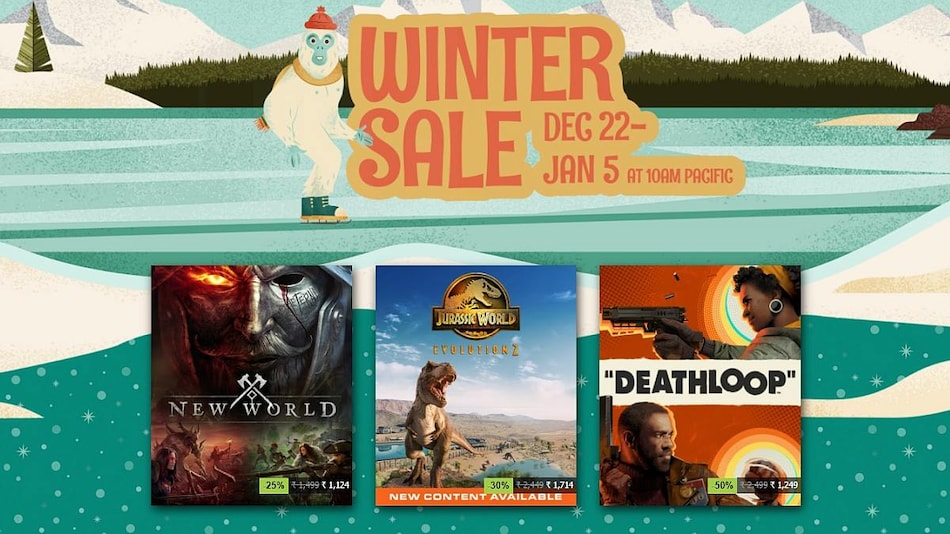 Steam Winter Sale is here and gamers can get their hands on several popular PC games, with discounts on titles including Disco Elysium - The Final Cut, F1 2021, It Takes Two, Mass Effect Legendary Edition, and Titanfall 2. While these games are now at their lowest-ever prices, other titles like Half-Life: Alyx, Sea of Thieves, Forza Horizon 4, Red Dead Redemption 2, Doom Eternal, FIFA 22, Deathloop, and Cyberpunk 2077 have also got big discounts. Along with the Steam Winter Sale, Valve is also allowing gamers to vote for their favourite games for The Steam Awards. Readers might recall that voting began in November alongside the Steam Autumn Sale. The Steam Winter Sale began on Wednesday, December 22 and will run until Wednesday, January 5 at 11:30pm IST/ 10am PT.

The Steam Winter Sale has listed several PC titles that are currently discounted on Steam, here's are some of the best deals on PC gamers that you should not miss during the holiday season.