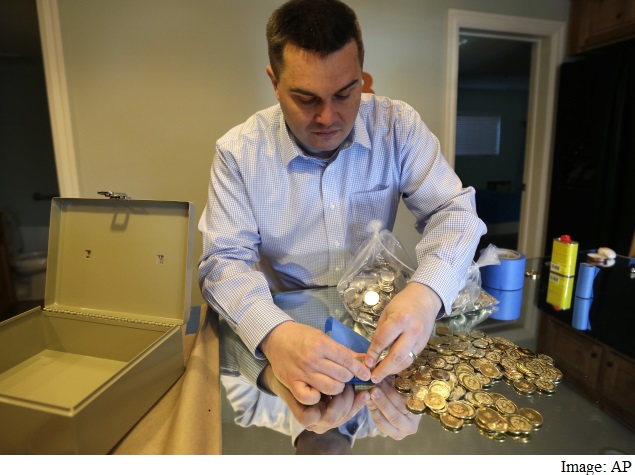 Investors' enthusiasm for Bitcoin may be waning.

The U.S. Marshals Service said Thursday that 11 registered bidders had taken part in the auction and that the agency had received 27 bids, far fewer than the 45 bidders and 63 bids the agency received in the first Bitcoin auction in June. The winner, or winners, of the second auction will be notified Friday by 5 p.m. Eastern time.

The auction Thursday was for 50,000 Bitcoins, worth around $19 million (roughly Rs. 117 crores), seized in connection with the now-defunct online marketplace Silk Road. The site was shut down in October 2013 after the authorities said it was a marketplace for illegal drugs and other illicit activities. In the auction five months ago, the Marshals Service sold nearly 30,000 Bitcoins.

Some of the same prominent investors who participated in the Marshals Service's first auction again submitted bids this time. SecondMarket and Pantera Bitcoin both allowed customers to bid through syndicates. Tim Draper, the venture capitalist who was the first auction's sole winner, said he planned to participate in Thursday's auction.

But some bidders in the first auction chose to sit out Thursday. The Bitcoin Shop did not participate in the auction. Nor did Rangeley Capital. Alex Waters, the chief executive and co-founder of Coin Apex, who appeared to send his bid live on Bloomberg Television during the first auction, also did not bid this time. Coinbase, a Bitcoin payment processor, declined to comment.

The results of the Marshals Service's first auction may have dissuaded bidders from participating in the second auction, said Gil Luria, an analyst with Wedbush Securities.

Although the Marshals Service did not announce the price of Draper's winning bid, it is widely assumed among Bitcoin investors that he bid above Bitcoin's market price at the time. As a result, some investors who had hoped to get a bargain last time saw little point in participating in this auction. Bitcoin is now trading at around $370 (roughly Rs. 22,500), down from about $570 (roughly Rs. 34,700) at the start of the June auction.

"Unless you can get a steep discount to market, it's a lot of risk," said Charles Allen, the chief executive of the Bitcoin Shop. "If we're not going to get a discount, what's the point?"

Winklevoss Capital, a start-up venture firm started by the Winklevoss twins, did not participate in either auction.

"We don't generally participate in auctions where there is limited information, a high likelihood of a winner's curse and a low likelihood of achieving an efficient price. That being said, anything can happen and we wish the participants the best of luck," Cameron Winklevoss said in a statement Thursday.

The latest auction is for Bitcoins found on computer hardware belonging to Ross Ulbricht, who is accused of creating Silk Road. Prosecutors and Ulbricht agreed in January that the government could sell the virtual currency it had seized.

The government's two auctions represent only a small fraction of the total amount of Bitcoins seized in connection with Silk Road. Including 144,336 Bitcoins found on computer hardware belonging to Ulbricht, the government has recovered 173,991 Bitcoins. A spokeswoman for the Marshals Service, Lynzey Donahue, said in an email at the time the second auction was announced that the agency anticipated selling the remaining Bitcoins, but that "no exact dates have been determined."

Sony Pictures Malware May Be Linked to Other Damaging Attacks: Experts
Asus ZenFone 5 (A502CG) aka ZenFone 5 Lite Launched at Rs. 8,999