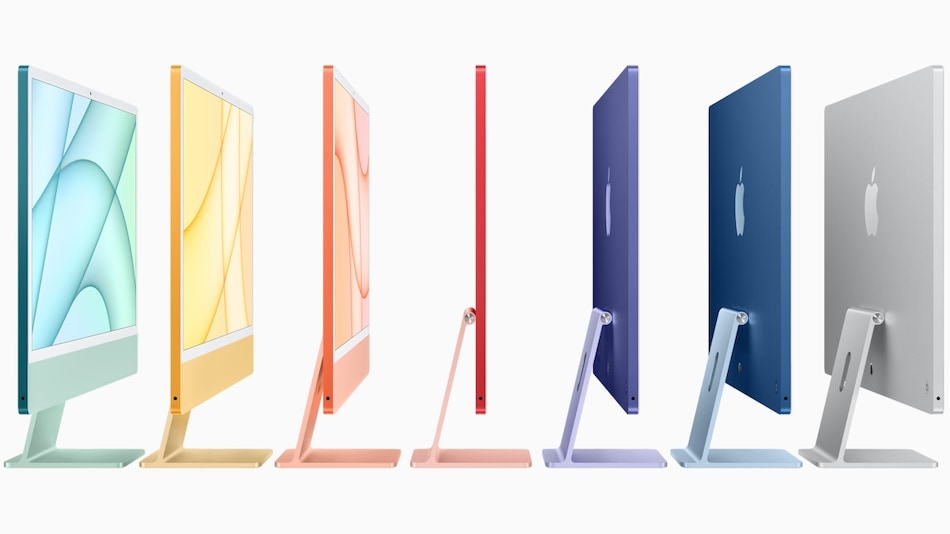 Design-wise, the iMac Pro could look similar to the 24-inch iMac

The next-generation iMac, which is currently in the works, could possibly be called the iMac Pro.As per Mac Rumors, the device will feature the same M1 Pro and M1 Max chips that Apple introduced with the MacBook Pro models, and there could possibly be "an added configuration."Apple is said to be using the Pro naming to differentiate the upcoming iMac from the 24-inch iMac that was released earlier this year.As it will use the M1 Pro and Max chips, Apple considers it a Pro device and is calling it the iMac Pro internally.As per sources, the iMac will feature a 27-inch mini-LED display with ProMotion technology, though some prior rumours have indicated that the next-generation iMac will have a larger display.Unlike the 24-inch iMac, the iMac Pro will feature dark bezels, and bezel size could be slimmed down.Design-wise, it could look similar to the 24-inch iMac and the Pro Display XDR, and Apple has apparently tested Face ID for the machine, but this is not a confirmed feature.The base model iMac will feature 16GB memory and 512GB of storage, and all models will be equipped with an HDMI port, an SD card slot, and several USB-C/Thunderbolt ports, similar to the MacBook Pro. Apple is also said to be including an Ethernet port on the power adapter.According to sources, the iMac will have a starting price at or over  $2,000 (roughly Rs. 1.5 lakh), and it will be launching in the first half of 2022. The upcoming iMac Pro will replace the current Intel-based 27-inch iMac models.We haven't heard much about Apple's larger iMac, but sources have confirmed that such a machine is in the works. Apple reportedly paused work on the bigger iMac to work on the 24-inch model, but now that the 24-inch iMac is out, development can resume.According to rumours, Apple is working on a new 27-inch iMac with a mini-LED display and ProMotion display technology.

Bitcoin, Ether Among Crypto-Coins to Open Week with Dips, Green Colour Scarce on Price Charts
Apple Objects to Links to Outside Payments Ahead of Epic Games Hearing