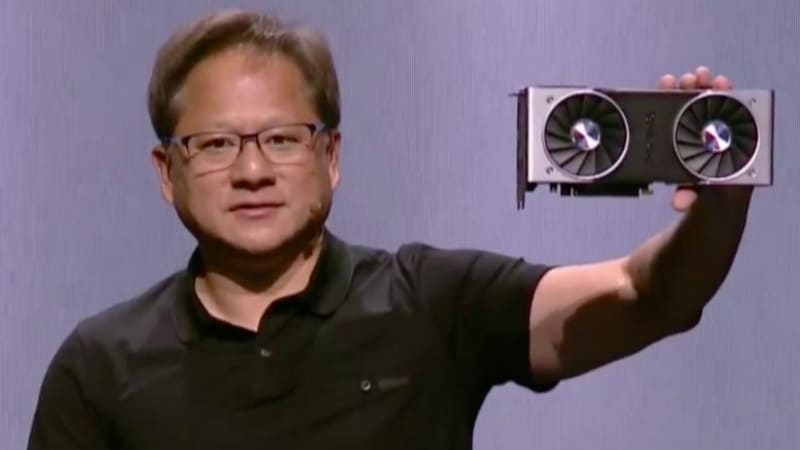 After long months of speculation and multiple leaks and teasers over the past few weeks, Nvidia has released its next generation of consumer GPUs for gamers. Calling it the biggest generational leap in the history of the company, CEO Jen-Hsun Huang unveiled the new GeForce RTX series of GPUs and the RTX platform for game development at a pre-show event just ahead of the 2018 Gamescom trade fair in Cologne, Germany.

The new GPUs, based on an architecture codenamed Turing, merge conventional graphics rasterisation, real-time ray tracing, AI, and compute power for the first time. Nvidia says that Turing delivers up to 6X the performance of to previous-generation Pascal GPUs. Gamers will be able to play the most recent and upcoming titles in 4K with HDR at frame rates exceeding 60fps, according to Huang.

The GeForce RTX series GPUs feature new hardware that Nvidia is calling RT cores to allow hardware acceleration of light rays in real time, which has never been possible before. The possibilities include deferred shading, and real-time transparency and translucency effects with objects in motion. Direct shadows can have realistically merged umbras and penumbras, and can interact with point lights. Gamers will be able to see reflections of things like explosions that aren't even happening on screen.

Huang invited game developers from EA, 4A Games and Eidos on stage to show exclusive demos of real-time lighting and shadow effects in the upcoming Battlefield V, Metro: Exodus, and Shadow of the Tomb Raider. Additionally, Nvidia has announced a new smoother DLSS (Deep Learning Supersampling) technique that leverages Nvidia's neural network expertise to analyse hundreds of thousands of images and learn how each pixel should be treated.

Nvidia says that it has had to come up with new ways to rate the power of its new GPUs. Starting with the GeForce RTX 2070, this GPU is capable of 8 Teraflops of power in traditional terms, as well as 6 Gigarays per second. It can compute 45 trillion simultaneous RTX operations. All graphics cards will feature 8GB of brand new GDDR6 memory on a 256-bit bus. It also has  a 185W TDP rating.

In India, listings for four Zotac GeForce RTX graphics cards have appeared online with prices starting at Rs. 70,990 for a GeForce RTX 2080 with a basic blower-style cooler, and going up to Rs. 1,09,990 for a triple-fan overclocked Amp Edition version of the GeForce RTX 2080 Ti. Zotac has not officially confirmed these prices. Asus has also announced the availability of Strix, Turbo, and Dual variants of its cards, but pricing has not yet been revealed. The higher end Strix and Dual series will be factory overclocked and will use extra-thick 3-slot coolers to increase heat dissipation allowing the fans to spin slower.

Nvidia will sell its own factory-overclocked Founders Edition graphics cards for all three new GPUs priced $100 higher each, but the company has not yet confirmed whether these will be coming to India. Nvidia's new Founders Edition design features two fans rather than the company's previous blower-style cooler. Huang promised that the cards will run whisper-quiet even when fully stressed and overclocked. They are also touted as having extremely durable power delivery hardware to support overclocking. These cards also feature USB Type-C connectors on the rear in support of the upcoming VirtualLink standard to deliver power as well as graphics to VR headsets with a single cable.