Is this the dream laptop AMD loyalists have been waiting for? 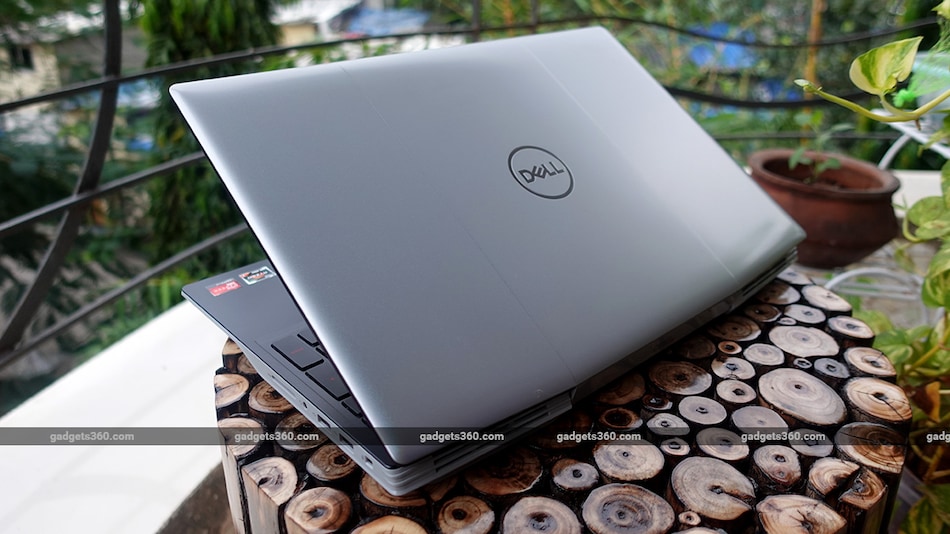 Most gaming laptops today are built around either an Intel CPU and Nvidia GPU, or perhaps an AMD CPU and Nvidia GPU. AMD has not produced competitive discrete GPUs for laptops in quite some time, so finding an all-AMD solution is quite rare. The Dell G5 15 SE is one such laptop, but is quite literally the only laptop in 2020 to feature such a configuration. It's also the only laptop currently available that supports AMD's SmartShift technology, which allows the laptop to dynamically distribute power between the CPU and GPU, depending on which component needs it more. This is the same technology that will be used in the upcoming Sony PlayStation 5 gaming console too.

This makes the Dell G5 15 SE (5505) kind of special. The good news is that it's relatively affordable too, as far as gaming laptops go, with a suggested starting price of Rs. 74,990. It's time to see if you should be spending your money on it.

The Dell G5 15 SE (5505) looks great in this Supernova Silver finish, which has a rainbow-like speckled dots on the lid and a grey panel on the bottom. It's a fairly chunky laptop at roughly 21.6mm in thickness, and heavy too, with a starting weight of about 2.5kg. The exterior panels are mostly plastic but everything's put together well, which makes this laptop feel sturdy.

There are two cooling fans, situated on either side of the rear for venting hot air. The Dell G5 15 SE (5505) offers a decent selection of ports, which include a USB Type-C port, one USB 3.2 Gen1 Type-A port, two USB 2.0 ports, full-sized HDMI, a Mini-DisplayPort, Ethernet, headphone jack and a full-sized SD card slot. I'm particularly happy to see Dell include the card slot, which is often missing from gaming laptops. All the ports are well spaced on either side of the laptop.

Flipping the lid up, we are greeted by a 15.6-inch, full-HD (1920x1080) LCD display. The display has an anti-reflective coating but the brightness level isn't very high at just 220nits. The borders on the left and right are fairly slim but not the ones on the top and bottom.

The display and keyboard deck are black, which contrast nicely with the exterior. The Dell G5 15 SE has a full-sized chiclet keyboard with a number pad. The palm rest regions are equally spacious, with a decently sized trackpad. The feedback of the keys is good, they aren't too noisy, and you get multi-level red backlighting. The bottom two corners of the trackpad serve as the left and right mouse buttons, and tactile feedback is good.

The Dell G5 15 SE has bottom-firing stereo speakers with customisable software from Nahimic. There are plenty of vents on the bottom for air intake, but no quick-release compartment for accessing the RAM or storage. For this, you'll need to take off the entire bottom panel, which is held in place by easily accessible screws.

The Dell G5 15 SE (5505) is available with either an AMD Ryzen 5 4600H or a Ryzen 7 4800H CPU. This new series launched back in March and is based on AMD's 7nm process. The laptop also features a discrete AMD Radeon RX 5600M graphics card with 6GB of GDDR6 RAM. You get a 512GB PCIe M.2 SSD no matter which variant you choose. Dell also offers up to 16GB of DDR4 RAM in the top-end option. The variants that debuted in India in July only had 60Hz displays, but the current ones being sold online include 120Hz refresh rate display options.

The Dell G5 15 SE (5505) ships with Windows 10 Home Edition along with the usual Dell utilities and the Alienware Command Centre software. This lets you monitor CPU, GPU and system temperatures. There's a ‘G' or Game-Shift modifier button (F7 key) that lets you bump up the fan speeds to let the hardware run faster for longer when needed.

I've been using the Dell G5 15 SE (5505) for a couple of months now. Back in July when I began testing it, there were a lot of stability issues such as game crashes and overheating. However, things have improved a lot since then thanks to BIOS and driver updates. If you happen to buy this laptop or have recently bought one, make sure you've updated all the drivers through Windows Update, Dell Update, and Dell's Support Assist programs.

Before we dive into gaming performance, let's talk a bit about AMD's SmartShift technology. With a compatible AMD CPU and GPU, thermal headroom can be dynamically allocated to the component that needs it the most, based on the workload. For instance, since most 3D games load the GPU while the CPU might not need to run as fast as possible all the time, more power can be dynamically routed to the GPU, for a slight boost in frame rates. The reverse is also possible. AMD claims up to 14 percent increase in performance in specific workloads with SmartShift. You can see this in action through AMD's Radeon Software Adrenaline 2020 Edition, which lets you have a display overlay showing the current status of the CPU and GPU in real time.

When gaming, the AMD SmartShift tech in the Dell G5 15 SE (5505) will dynamically allocate more power to the GPU

In real-world gameplay, Shadow of The Tomb Raider was one of the games that refused to run initially, but with the latest driver updates, worked just fine. With the graphics quality set to ‘Highest,' I managed to average 67fps in the in-game benchmark. Far Cry 5 also delivered a smooth 62fps average with the ‘Ultra' preset. The all-time popular game GTA V also delivered smooth frame rates, averaging around 67fps with most of the graphics settings set to their highest values. Deus EX: Mankind Divided is still a tough nut to crack at the ‘Ultra' quality setting, as it returned an average of 41.5fps. Finally, in more recent titles such as Control, I managed to average around 43fps, with intermittent dips to 37fps during fights. The experience was still good, considering this was on the ‘High' quality preset.

In a well ventilated room and with the laptop placed on a solid flat surface, the discrete Radeon RX5600M generally ran at around 80 degrees Celsius when gaming, according to the temperatures displayed by the Radeon software. The exhaust fans were audible but I didn't find them to be annoyingly loud. However, after about 15 minutes or so of gaming, the laptop itself got quite hot. This was something I noticed when I began testing it back in July and the issue persists, even after all the updates. The palm rest area doesn't overheat but the upper portion of the laptop near the exhaust vents and the upper row of keys including the WASD keys got very warm. A quick peek at the Radeon Command Centre program showed the CPU temperature averaging around 95 to 98 degrees Celsius when gaming.

The Ryzen 7 4500H performed very well in CPU-bound benchmarks. In Cinebench R20's single and multi-core CPU tests, the Dell G5 15 SE (5505) returned 465 and 4,064 points respectively. PCMark 10 managed a score of 5,593 points, which is good. In real-world tests such as compressing a 4GB folder of assorted files, it took 2 minutes and 47 seconds to complete. Encoding a 1.3GB video file to a MKV took 46 seconds to complete. Finally, rendering the BMW scene in Blender was completed in 4 minutes and 51 seconds. These are all good numbers, which shows strong single- and multi-core performance from the Ryzen CPU.

I was pretty happy using the Dell G5 15 SE (5505) as an everyday laptop too. It's not the most portable solution and carrying it around would be a bit of a pain due to the weight. If it's going to be used in one place, this shouldn't be an issue. I quite liked the action of the keyboard keys, which have decent travel and aren't noisy. I found the brightness of the display to be a bit lacking at times, especially if I was facing a window during the day. It doesn't wash out, but games and movies with dark imagery can be hard to see clearly. The speakers get fairly loud and sound good.

Battery life was below average which is not surprising for a gaming laptop. The Dell G5 15 SE (5505) ran for 1 hour and 13 minutes in Battery Eater Pro, which is not great. With non-gaming usage, I was getting roughly three and a half hours of runtime. Charging the battery fully takes about two hours.

The Dell G5 15 SE (5505) is an interesting gaming laptop that will no doubt be on the radar of any AMD fan. Dell's pricing is not too bad either, considering that the Radeon GPU offers gaming performance somewhere in between what an Nvidia GTX 1660 Ti and RTX 2060 would deliver, and these are usually seen in laptops priced at around the Rs. 1 lakh mark. The Dell G5 15 SE (5505) also offers a comfortable keyboard, nice aesthetics, and a 120Hz refresh rate display going by the current variants being sold in India. A few things to keep in mind are that the screen brightness is on the lower side, and the fact that it runs very hot when gaming.