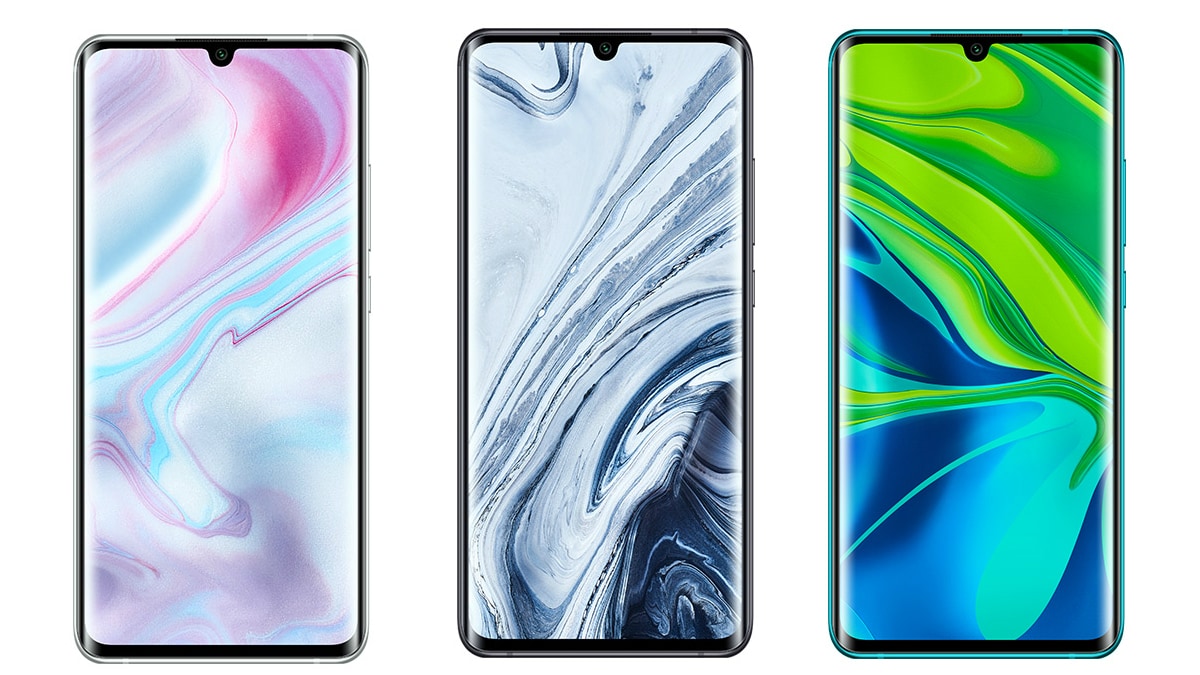 Xiaomi launched the Mi Note 10 and Mi Note 10 Pro in Spain, and the Mi Note 10 series is nothing but the rebranded version of the Mi CC9 Pro launched in China a few days ago. The three phones have almost identical specifications and design. The Mi Note 10 Pro has 8GB RAM, 256GB storage option, and an 8P lens in its penta-lens camera setup. The three phones are powered by the Snapdragon 730G processor, pack a large 5,260mAh battery with 30W fast charging support, and sport a 32-megapixel selfie camera as well.

We pit the Mi Note 10, Mi Note 10 Pro, and Mi CC9 Pro against each other, to see the minute differences that the three phones may or may not have. Read on to find out.

Lastly, the Mi Note 10 Pro comes with 8GB RAM + 256GB storage option, and is priced at EUR 649 (roughly Rs. 51,000). It can be thought to be the global variant of the Mi CC9 Pro Premium Edition. This variant will also go on sale in Glacier White, Aurora Green, and Midnight Black colour options.

As mentioned, the three phones have a lot in common. The Mi Note 10 is nothing but the global variant of the Mi CC9 Pro, while the Mi Note 10 Pro is the global counterpart of the Mi CC9 Pro Premium Edition that was launched alongside. All the three phones have an identical 6.47-inch curved full-HD+ (1080x2340 pixels) OLED display with a pixel density of 398ppi, peak brightness of 600 nits (HBM), TUV Rheinland certification, and a contrast ratio of 400000:1. The three phones are also powered by the same 2.2GHz Snapdragon 730G processor.

The Mi Note 10 Pro and the Mi CC9 Pro Premium Edition variant sport an 8P lens, while the Mi Note 10 and the Mi CC9 Pro sport a 7P lens. Other than that, all the other camera details are identical. The phones pack a 108-megapixel main camera with an f/1.69 aperture and four-axis OIS (Optical Image Stabilisation). It is aided by a 20-megapixel wide-angle camera with a 117-degree field of view, a 12-megapixel telephoto lens, a secondary 5-megapixel telephoto lens, and a 2-megapixel macro camera with an f/2.4 aperture that is capable of clicking images with a minimum subject distance of 1.5cm. Zooming capabilities include up to 5x optical zoom, 10x hybrid zoom, and 50x digital zoom. Rear camera features also include 4K video capture at 30fps, slo-mo HD video capture at up to 960fps, portrait blur adjustment, and a dedicated night mode 2.0.

On the front, all the phones sport a 32-megapixel camera with an f/2.0 aperture. Front camera features include AI Beauty, AI Portrait, Palm Shutter, and more. Again, the Mi Note 10, Mi Note 10 Pro, and the Mi CC9 Pro phones pack a similar 5,260mAh battery with 30W fast charging support. They all support an in-screen fingerprint scanner, and dual-SIM (Nano + Nano) slots. Connectivity options on the phone include 4G LTE, Wi-Fi 802.11a/b/g/n/ac, Bluetooth 5,0, 3.5mm audio jack, USB Type-C port, GPS / A-GPS, Galileo, and GLONASS. Dimensions of all three are also identical at 157.8x74.2x9.67mm and the phones tip the scales at 208 grams.