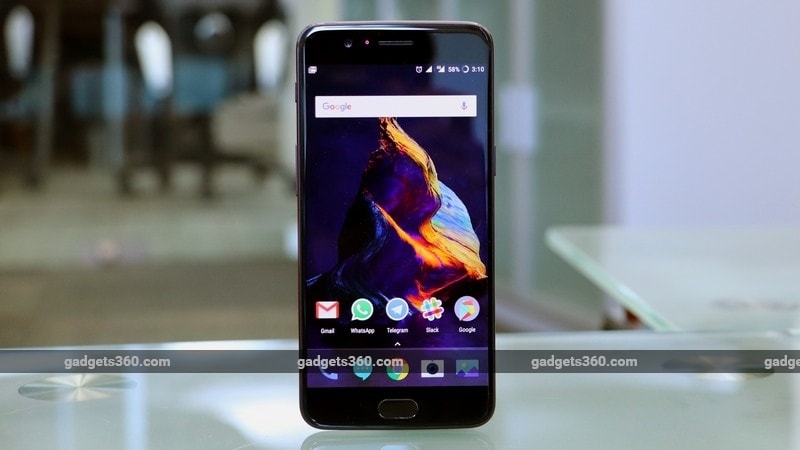 Welcome back to our weekly Sunday recap of all the news that matters from the world of tech. This week, the OnePlus 5 (review) finally launched globally, and, two days later, in India . The phone is priced at Rs. 32,999 for the 6GB model, and the 8GB model comes to India at a price of Rs. 37,999. The two variants also differ in terms of storage, but are otherwise the same. The OnePlus 5 is a powerhouse, available as mentioned above in two variants, with 6GB RAM and 64GB storage, or 8GB RAM and 128GB storage. Both variants are powered by the Snapdragon 835 SoC, with octa-core CPU capable of running at up to 2.45GHz, and the phone has a 5.5-inch full-HD display. The OnePlus 5 packs 16-megapixel front camera, and a 20-megapixel rear dual-camera setup, along with a 3300mAh battery.

Can the OnePlus 5 Be a Good Replacement for Your Google Nexus?

The phone is being sold online via Amazon, with the next sale on Tuesday, the 27th. The OnePlus 5 is also being available offline at popup stores on a first come first serve basis. OnePlus 5 accessories are now available in India via the OnePlus store online. The phone also received the teardown treatment, showing a "systematically sealed design", which will help offer some protection from environmental effects.

Not got a Jio SIM yet? The process just got simpler this week, as the telco is now offering 4G SIM home delivery in 600 towns. Aside from that, Reliance Jio is also promising 90-minute JioFi delivery in select cities. There are no fees for the delivery, and the executive will carry out eKYC on arrival, so your connection should be activated almost instantly.

Meanwhile, Jio rivals continue to offer deals to keep customers on board. After the 360GB/ Rs. 444 offer last week, BSNL has now announced Eid ul-Fitr combo packs, at Rs. 786 and Rs. 599. These BSNL packs will have a validity of 90 days and 30 days, respectively, and the former will provide 3GB of data along with Rs. 786 for voice calls, while the BSNL 599 pack will give a total balance on Rs. 786, of which Rs. 279 is exclusively for voice calls, and Rs. 507 is for all purposes. Meanwhile, Vodafone is now offering unlimited Internet access at Rs. 29, but only between 1AM and 6AM. The Vodafone 29 pack needs to be added every time you need to use it.

Meanwhile, there were also some big deals this week that are still available at the time of writing. The Paytm Smartphone Sale has several offers, with up to Rs. 10,000 cash back on various phones. Paytm\ is offering a cashback of up to Rs. 10,000 in the Paytm wallet on a range of smartphones including iPhone 7, iPhone 7 Plus, iPhone SE, Google Pixel, Oppo F3, Vivo V5s, and HTC Desire 10 Pro among others. Paytm is offering a cashback of Rs. 9,999 on the iPhone 7 Plus 256GB Jet Black and (Matte) Black colour variants, which are currently listed at a price of Rs. 91,800 plus Rs. 199 delivery charge, making a total of Rs. 91,999. Google Pixel XL in 32GB for Quite Black and Very Silver colours is listed at Rs. 50,369 and Rs. 50,368 with a 15 percent cashback offer up to Rs. 9,999.

Paytm Mall has also announced a Back to College laptop sale, and it is offering Intel-powered laptops starting at Rs. 9,999. Other laptops like the MacBook Air are also available with cash backs starting from Rs. 7,500, and there are also offers on accessories from keyboards to external hard drives, to speakers.

GST Sales: Why Retailers Are Gearing Up to Offer Deals on Pretty Much Everything This Month

The Moto C Plus was launched in India at the start of the week, just a month after the international unveiling. The phone, which is being sold exclusively via Flipkart, is priced affordably at Rs. 6,999, and has a 5-inch HD display, powered by a 1.3GHz quad-core SoC with 2GB of RAM, and comes with 16GB of internal storage. The Moto C Plus sold out in its first sale in seven minutes, Flipkart says.

The Honor 8 Pro with 6GB RAM, 4000mAh battery, and dual rear cameras was unveiled in India this week. The same phone was launched in China in February under the moniker Honor V9 before making its way to Europe and the UK in April as the Honor 8 Pro. It has a 5.7-inch QHD display, with a 1.8Ghz octacore processor, and 128GB of inbuilt storage. Honor 8 Pro price in India is likely to be announced early next month.

The Karbonn Aura Note 2, with a built-in AI-based fashion app was also launched this week, priced at Rs. 6,490. The phone with a 5.5-inch HD display is powered by a 1.25GH quad-core processor, with 2GB of RAM, and 16GB of storage, and supports 4G VoLTE. The integrated Vistoso app allows users to search for an outfit simply by clicking a picture, which will be searched for by the AI engine. The Zopo Speed X, which has a 5-inch full-HD display, a 1.3GHz octacore processor, 3GB RAM and 32GB storage, also launched this week, though pricing has not been announced. The phone comes with a bot to help people search 20 different e-commerce services, from travel to entertainment to bull payments.

From Myntra and Flipkart to Tech Providers, How AI Is Driving Fashion E-commerce in India

Other launches in India included the Intex Aqua S3, which comes with a 5-inch HD display, a 1.3GHz quad-core processor, 2GB RAM, and 16GB storage, and is priced at Rs. 5,777. The budget-friendly phone was launched earlier this week, and will be available via offline channels. There was also the Gionee A1 Virat Kohli Signature edition launch, near the start of the week. The Amazon-exclusive is now up for pre-orders, and has the same specifications as the Gionee A1 (review), but comes with the cricketer's signature.

This week also saw the launch of the LG G6+ with 128GB storage, and a 32GB variant of the LG G6, though there is no official confirmation on availability right now. The Nubia M2 Play has been launched in China, but pricing and availability is to be revealed. The ZTE Small Fresh 5 was also launched in China, with a 3GB RAM/ 16GB storage variant and a 4GB RAM/ 32GB storage version, priced at CNY 999 (roughly Rs. 9,400) and CNY 1399 (roughly Rs. 13,200) respectively.

WhatsApp has started allowing users to share all file types on Android, iPhone, and Windows Phone, users in parts of the world are reporting. The file sharing limit is at 128MB on iOS, 64MB on Web, and 100MB on Android, according to reports. Snapchat launched a new feature called Snap Map, allowing you to share your current location, which shows up to your friends on a map. And in India, Facebook has rolled out a profile lock feature, which will allow you to prevent anyone else from saving your profile picture.

Uber announced a new feature in India as well, launching a subscription service called UberPASS. The feature gives you access to discounted fares, a waiver on cancellation charges, and a few more features. UberPASS pricing has not been announced yet and will vary from city to city - the launch is in Delhi, Mumbai, Kolkata, and Chennai. It's being rolled out in stages, so you may not have access to the feature yet.

Netflix announced a new feature called Interactive Shows, that allows users to choose how the plot progresses. The first show is an animated episode called Puss in Boots: Trapped in an Epic Tale. During the episode, viewers will be asked to make decisions which will affect the story and length of the show.

Game of Thrones fans still have a little wait ahead of them for the penultimate season to start, but HBO gave us something fresh to obsess over with a new trailer. We've already done a frame by frame breakdown if you're interested, but suffice it to say that we're pretty stoked by what we saw.

Those were the highlights of of the week for us, what are you most excited about? Tell us, and the other readers via the comments below.