Even the tech elites leave gadgets behind 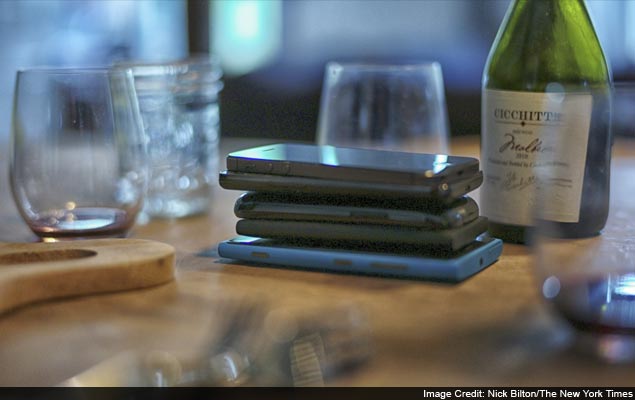 If you were to meet 32-year-old Robin Sloan of San Francisco, you might think him a Luddite unable to get his head around new technologies. He owns an old Nokia phone with one main application making phone calls. He takes notes using a pen and paper notepad. And he reads books printed on paper.

But Sloan is far from a Luddite. He used to work at Twitter as a media manager, teaching news outlets to use the hottest social media tools. Before that he was with Current TV as an online strategist, inventing the future of digital journalism.

Yet last year, as he set out to write his first book, "Mr. Penumbra's 24-Hour Bookstore," he found his iPhone and other technologies were getting in the way of his productivity, so he simply got rid of them. "I found it was more important and more productive for me to be daydreaming and jotting down notes," he said. "I needed my idle minutes to contribute to the story I was doing, not checking my email, or checking tweets."

Even in Silicon Valley, Sloan has company.

As every aspect of our daily lives has become hyper connected, some people on the cutting edge of tech are trying their best to push it back a few feet. Keeping their phone in their pocket. Turning off their home Wi-Fi at night or on weekends. And reading books on paper, rather than pixels.

I've experienced this, too.

Two years ago, when the iPhone and iPad were spiking in popularity, when I dined with other technology bloggers and reporters we enthusiastically passed our phones around the table, showing off the latest app or funny YouTube clip.

Now, even as our gadgets can hold more apps and stream faster videos, when I'm at dinner with technologists we play a new game. Attendees happily place their smartphones in a stack in the middle of the table, and the first person who touches his or her phone before the meal is over has to pay the bill.

Some couples who work in tech seem to be trying to step back the most.

"At least once a month my wife and I jump in our car and drive until cell service drops off (yes, this is possible) and spend the weekend engaged with all things analog," Evan Sharp, a founder of Pinterest, said - on email. "We read, we walk all over the California hills, we cook, we meet people who don't work in technology."

Other couples have told me of a "no gadgets in the bedroom" rule. (Kindles are sometimes an exception.) Some say they leave their phones at home when they go for Sunday brunch. Rather than take a picture of their bacon and eggs to post to Instagram, they can now enjoy each other's company, and do that strange thing called talking.

There could even be a business model in products that encourage us to step away from our gadgets.

On May 7, Penguin Press published "The Pocket Scavenger," a book both physical and digital that encourages readers to go on an unusual scavenger hunt, collecting random objects, drawing and smudging on the book's pages, then documenting them later with a smartphone.

"We're not going to get rid of technology," said Keri Smith, the author. "I feel like we've lost touch with noticing smells and tactile sensations, and I'd just like to offer some kind of antidote to what's out there."

As for Sloan, who has since published his book, he said his break from technology was a resounding success. He still checks his email, but not while he's getting coffee with someone or going for a stroll.

Although he isn't rushing off to buy the next iPhone, he said he wouldn't rule it out. But he would use such a device differently than he did before downgrading his cellphone.

"It sounds silly because we all used to do this all the time, but after getting rid of my smartphone I am now so much more comfortable just leaving the house without any phone at all," he said. "I feel like I kind of learned how to do that again, and I would do the same thing if I had a fancy new smartphone too."