The Pixel 7 series is expected to cost the same as the Pixel 6 series at launch. 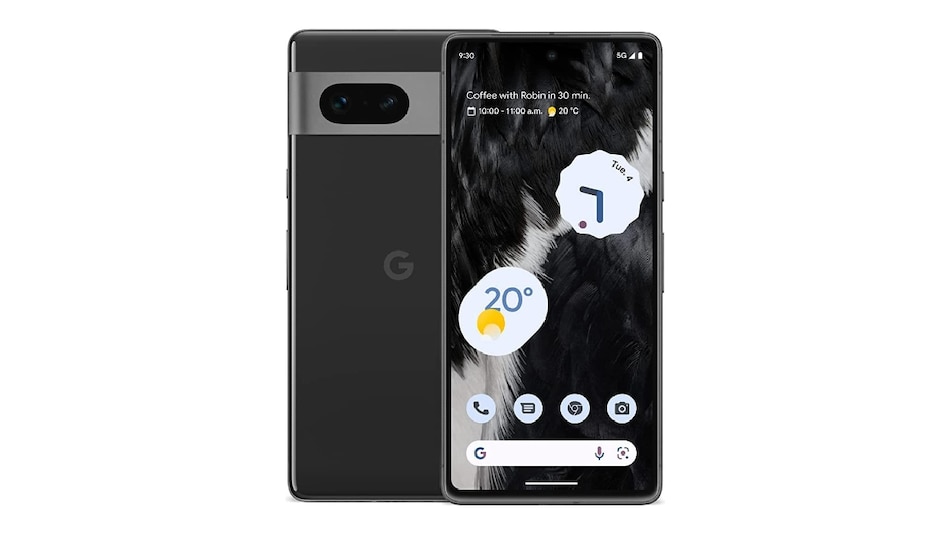 Google Pixel 7 series is set to debut on October 6 at the Made By Google event. The company has so far revealed that this lineup will feature Google's new Tensor G2 SoC. Their design and colour options have also been showcased ahead of launch. Some rumours have been circulating about the upcoming smartphones, suggesting that the Pixel 7 series will be sold at the same price as its predecessors, when it arrives. These rumours were given more weight by an alleged Pixel 7 Amazon listing with a $599 (roughly Rs. 50,000) price tag.

The supposed Pixel 7 Amazon listing was spotted by tech YouTuber M Brandon Lee. It includes the unlocked version of the handset in Obsidian colour with 128GB of storage priced at $599. Furthermore, this Google handset could go on sale for the first time in the US from October 13.

Google will host the Made By Google event on October 6 in the US where it will unveil the Pixel 7 and Pixel 7 Pro. These handsets will also be available to pre-order from October 6. The company has also teased the debut of Google Pixel Watch during the event.

According to a recent report, the Pixel 7 could feature a 6.3-inch full-HD+ OLED display with a 90Hz refresh rate. It could include a dual rear camera setup with a 50-megapixel primary camera and a 12-megapixel ultra-wide angle sensor. Meanwhile, the Pixel 7 Pro might sport a 6.7-inch QHD+ OLED display panel with a 120Hz refresh rate. Its triple rear camera setup is said to get an additional 48-megapixel telephoto sensor.