iPhone 12 and iPhone 12 Pro have smaller Taptic engines compared to iPhone 11, as well as a smaller loudspeaker. 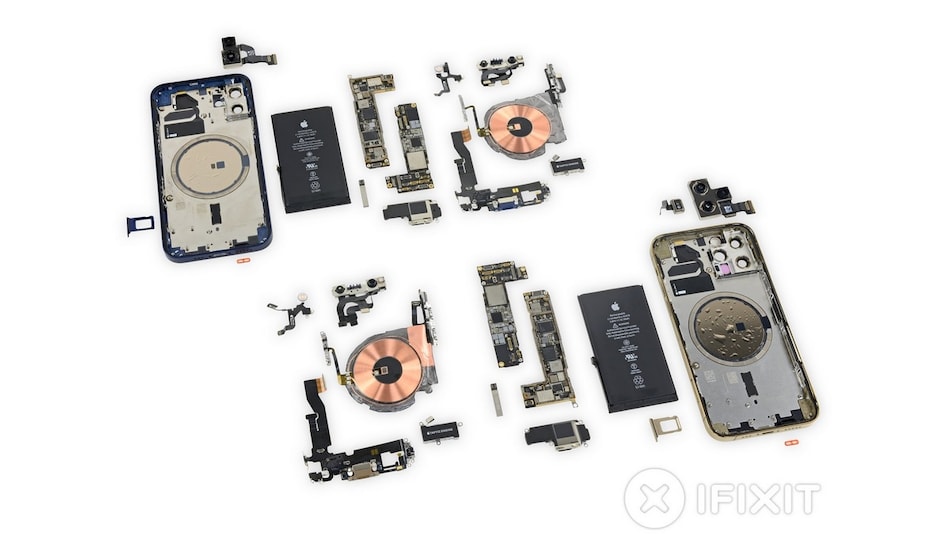 iPhone 12 and iPhone 12 Pro have the battery size

iFixit toredown the iPhone 12 in a livestream, sharing the experience as they progressed. It can be seen that some of the components used in the iPhone 12 are noticeable smaller compared to the iPhone 11 like the loudspeaker and a Taptic engine. Usually, while opening an iPhone, the display opens up to the left but this time around, it opens up to the right. iFixit also mentions that the displays of the iPhone 12 and iPhone 12 Pro work interchangeably as the only difference between the two is brightness.

Another important difference is the RAM - iFixit found Apple had used Micron LPDDR4 RAM, with 4GB on the iPhone 12 and 6GB on the iPhone 12 Pro. The teardown also confirms the use of the Qualcomm Snapdragon X55M 5G modem, and Samsung storage. Additionally, iFixit took apart the MagSafe charger which has a dark ring of magnets around the exterior that correspond to the iPhone 12 models.

iFixit notes that most of the important components are modular and easy to access. However, the enhanced waterproofing measures cause some hindrances in repairability. The iPhone 12 and the iPhone 12 Pro get a reparability score of 6 out of 10 which is the same as last year's iPhone 11.