iPhone 8, iPhone 8 Plus Go on Sale in India: Price, Specifications 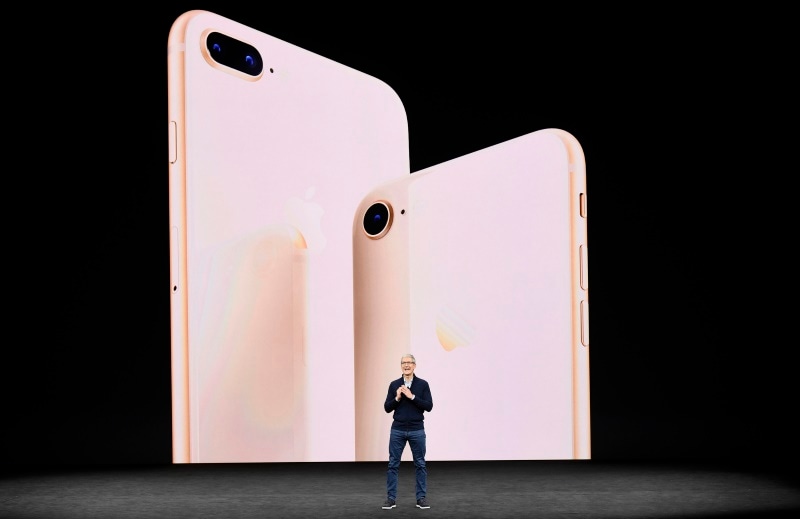 Apple's new smartphones, iPhone 8 and iPhone 8 Plus, are finally available for purchase in the country. Both the handsets went up for pre-orders in India on September 22 via online and offline stores. Jio partnered with Apple to release the new iPhone models, and hosted an event earlier on Friday to officially launch the iPhone 8 and iPhone 8 Plus in the domestic market, with Apple CEO Tim Cook making an appearance via video link. Among the highlights of the new phones are wireless charging and glass back, among others. Globally, the phones have seen tepid response because of the iPhone X, which is positioned higher than them in Apple's 2017 portfolio.

iPhone 8, iPhone 8 Plus price in India

iPhone 8 and iPhone 8 Plus Review

There were several offers available to consumers during the pre-booking period, but have dried up since. These included cashbacks, and exchange discounts of up to Rs. 23,000 by Flipkart and Amazon India. At Rs. 99, Flipkart is offering buyback guarantee of Rs. 33,000 too if you upgrade to a new smartphone between 6 to 8 months, Rs. 28,000 between 9 to 12 months, and Rs. 20,000 between 13 and 15 months.

Jio is still offering cashback of Rs. 10,000 on Citi Credit and World Debit Cards, as well as buyback guarantee of 70 percent. The cashback is being provided only on September 29, and the sum will be credited back to the account on or before December 30, 2017. As for the buyback guarantee, Jio says it will provide buyers with 70 percent of the value of the phone, after deducting the applicable taxes. Buyers can head to Jio.com website, Jio Store, and Reliance Digital outlets, and the offers will first be provided to customers who pre-ordered the devices, and then to walk-ins; the company says the buyback offer is valid till stocks last. It has also launched a new Rs. 799 plan with 90GB data exclusively for iPhones.

iPhone 8, iPhone 8 Plus features and specifications

The iPhone 8 and the iPhone 8 Plus offer incremental improvements over the last year's iPhone 7 and iPhone 7 Plus models. They very much retain the same form factor and design, but there are a few noticeable changes including new colour options - Silver, Space Gray, and Gold Finish, improved display, 25 percent louder speakers, as well as glass front and back. Both the new iPhone models also support Qi wireless inductive charging, allowing people charge the iPhone without having to plug in a cable again, Phil Schiller, Apple's Vice President of Worldwide Marketing said.

Apple's iPhone 8 and iPhone 8 Plus are powered by A11 Bionic SoC six-core processors and improved GPU, which is 30 percent more efficient than the GPUs in last year's models. The new SoC and GPU are able to perform complex tasks such as video encoding at much faster rate.