iPhone SE (2020) Launch Impressions: Old Design, But a Better Price Than Before

Once again, not everyone will be happy with what Apple considers affordable for an iPhone 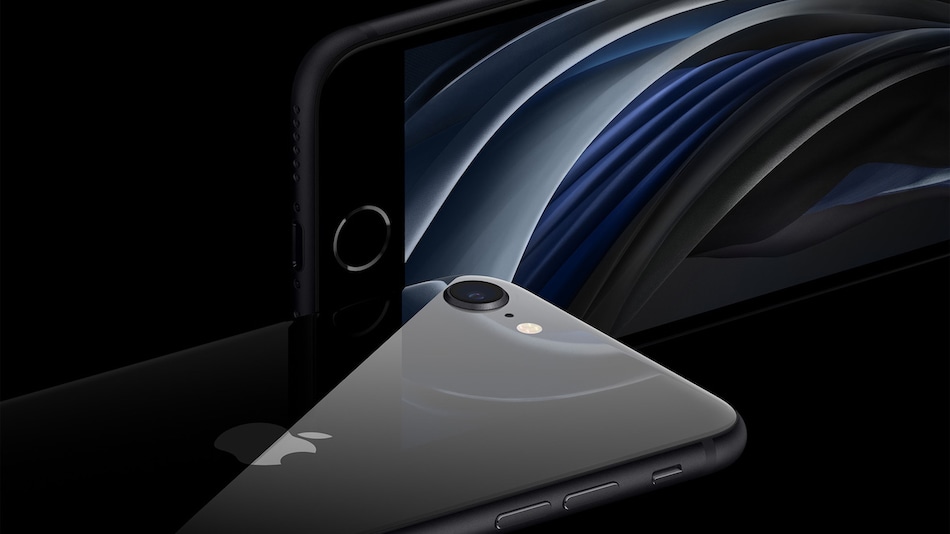 Apple is never one to talk about its internal processes or publicise plans in advance, but we can be fairly sure that Wednesday's sudden, low-key launch of the iPhone SE (2020) was meant to have been part of a big event, and that it was delayed by at least a few weeks because of the coronavirus pandemic currently disrupting lives around the world. The nature of this device's introduction to the world shouldn't be taken to mean that Apple considers it a routine update to a low-stakes product. The new iPhone SE (2020) could be the key to Apple's ability to hold on to its market share in India and similar price-sensitive markets.

The prices of the iPhone SE (2020) start at Rs. 42,500 for the 64GB version and go up to Rs. 47,800 for 128GB and Rs. 58,300 for 256GB. Looking at these numbers, we're a little disappointed. We knew that this model would have to slot in below the iPhone XR (Review), but we were hoping for better. The rupee's continued slide against the dollar and the recent GST increase have certainly contributed to this.

It could be a struggle now for Apple to make this phone seem desirable. The market has shifted entirely towards all-screen phones, even in the sub-Rs. 5,000 market. Apple will be completely alone in trying to sell a phone with a 4.7-inch screen, with huge top and bottom borders, single rear camera, and a physical Home button – that too in the premium market.

Despite its top-notch internals and the appeal of iOS (plus the Apple brand itself), this is an old-fashioned smartphone that isn't highly differentiated from the iPhone 8 (Review), or for that matter all models going back as far as the iPhone 6 (Review) from 2014. We've seen the far more desirable iPhone XR go on sale for less, so Apple will have to be generous with discounts, and soon, here. There isn't even a 5.5-inch Plus version to appeal to buyers who might be happier with a bigger screen.

What we have, ultimately, is a slightly reheated version of the iPhone 8. The new iPhone SE (2020) is also made of glass and aluminium, has identical dimensions, and weighs exactly the same. It has the same IP67 water resistance rating, battery life claims, screen, and camera specifications. You still even have to pay extra for a decent high-speed charger, and of course there's no 5G. It isn't even significantly smaller than Apple's current small premium device, the iPhone 11.

So what's new and what's good? The A13 Bionic chip, for one, is the same as what Apple has used for its entire iPhone 11 lineup, and enables some neat HDR and portrait camera features. It also means that this model will have a very long shelf life and will receive software updates for at least three years. There's wireless charging, which is convenient. This will also be the first dual-SIM iPhone of its class – though as usual, your second line will have to be an eSIM. Also, finally, there's a decent amount of storage on the base version.

The first “cheap” iPhone, the iPhone 5C (Review), was widely dismissed for being outdated and made of plastic. The original iPhone SE (Review) was surprisingly powerful, but its small screen made it seem inferior to even the iPhone 6. The company's earlier stinginess with storage space on base variants also turned a lot of buyers off. More recently, the iPhone XR was positioned as a poor cousin to the iPhone XS, but was still relatively expensive.

Each of these models were introduced to target aspiring iPhone users who couldn't stomach the cost of the mainstream models at the time, especially those in emerging countries. Apple has consistently seemed to fear that an affordable iPhone will cannibalise mainstream models and as a result, has always managed to make them feel compromised. The iPhone SE (2020) repeats the same pattern.

In India, where prices have kept rising over the years, each of these devices was highly anticipated. They were the only hope that many people had of ever being able to buy an iPhone – or continue to use one when it's time to upgrade.

We have several excellent flagship-grade options in the Android sphere priced under Rs. 30,000 in India, and even the recently announced OnePlus 8 will be a better choice for many buyers. The market for the iPhone SE (2020) will be limited to those who want to replace an old iPhone at the lowest possible cost, those who think the iPhone XR is too bulky, and those who really hate gesture-based navigation.

Of all the “low-cost” iPhones we've seen so far, the iPhone SE (2020) stands out because of how the smartphone market has moved on around it. It's odd that Apple has launched a device that's so out of step with what people today want. Hopefully, it will sell for much less than its official price in the near future.