iQoo Neo 7 launch is set to take place on October 20 in China. 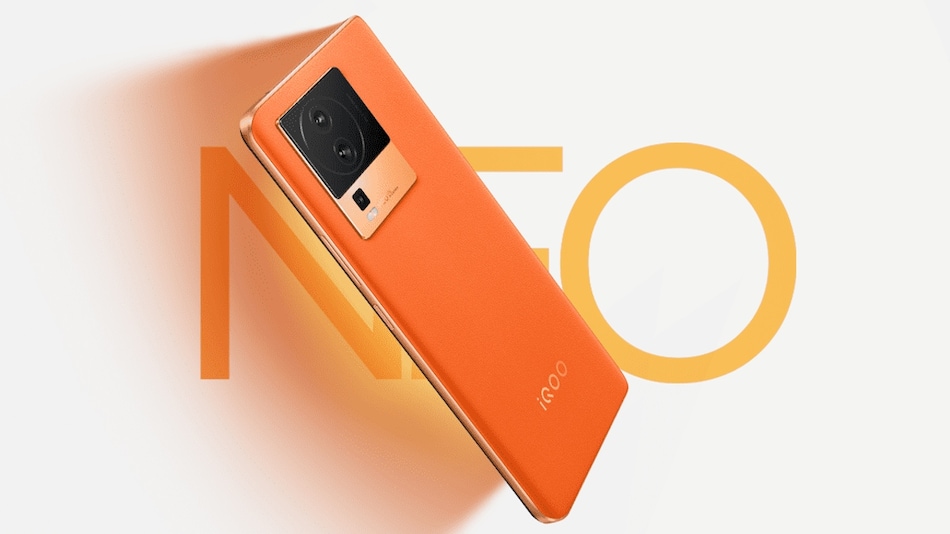 iQoo Neo 7 is all set to launch in China on October 20. Just days before the formal debut, the Vivo sub-brand has confirmed that the gaming focussed smartphone will be powered by a MediaTek Dimensity 9000+ SoC. It is teased to pack 8GB of RAM and 256GB of onboard storage. The iQoo Neo 7 is said to come with an AnTuTu benchmark score of 10,80,717 points. A dedicated microsite on iQoo's China website is also teasing the specifications of the device. iQoo has packed an independent display chip Pro+ on the upcoming device for thermal management during gaming sessions.

The Chinese smartphone brand confirmed the presence of a MediaTek Dimensity 9000+ SoC on the upcoming iQoo Neo 7 via Weibo. iQoo further claims that the smartphone has received an AnTuTu benchmark score of 10,80,717 points. As per a dedicated microsite on the company's website, the handset will have 8GB of RAM and 256GB of inbuilt storage. It will include an independent display chip Pro+ for heat management as well.

iQoo had already announced that the launch of iQoo Neo 7 will take place on October 20 in china. The launch event will begin at 7pm local time (4:30pm IST).

Pre-reservations for the iQoo Neo 7 are currently live on the Vivo China website and other major online retailers including Douyin, Jingdong, Suning, and Tmall. However, the price details and other specifications of the upcoming device are not known at this moment.

As per past leaks, the iQoo Neo 7 is said to feature a full-HD+ display with a 120Hz refresh rate. It could sport a 50-megapixel Sony IMX 766V main camera on the back and is likely to include a 5,000mAh battery with support for 120W fast charging. An optical fingerprint scanner, an IR blaster, and NFC connectivity are the other expected features.