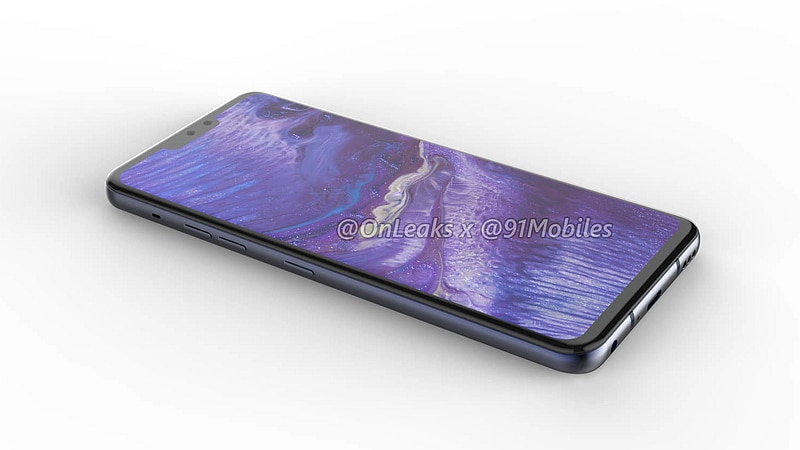 LG is expected to launch its flagship smartphone, the LG G8, at MWC 2019. Now, ahead of that date, a report has emerged claiming the exact launch date of the smartphone - February 24 - as well as its launch time. The report also claimed a few specifications and features of the smartphone, such as the Snapdragon 855 SoC, a triple rear camera setup, 3D photography capabilities, as well as a waterdrop-shaped display notch. An earlier rumour claimed that LG will also launch another smartphone with a secondary, add-on display at MWC 2019, though the most recent report does not corroborate this.

The LG G8 will be launched at 10am on February 24, ETNews reported last week. It also reported a time for the launch - 10am. However, going by Google Translate, it is unclear if the publication is referring to South Korean local time or Barcelona (where the Mobile World Congress, or MWC, is held) local time. If the former, the launch will happen at 6:30am IST and 2am CET, which seems unlikely if it is to be a MWC 2019-focused event. If the latter (much more likely), the LG G8 launch will happen at 10am CET, or 6pm Korean time and 2:30pm IST. This year, MWC 2019 is scheduled to begin on February 25 and go on till February 28. With a February 24 launch, LG is reported to unveiled the LG G8 just ahead of MWC, something that in itself is not unusual - most major smartphone manufacturers hold pre-MWC events to showcase their latest offerings.

As we mentioned, the ETNews report claimed the LG G8 will be launched with a triple rear camera setup, and the three lenses will also offer a 3D shooting setup. The report also said the LG G8 will feature a waterdrop-shaped display notch, something several smartphone manufacturers have adopted in the recent past, and be powered by the top-end Snapdragon 855 SoC that's also expected to be utilised by Samsung, Sony, and Xiaomi on their anticipated respective Galaxy S10, Xperia XZ4, and Mi 9 flagships, and confirmed by OnePlus to be on the next flagship from the company.

So far, only Samsung has confirmed a launch date for its next generation Galaxy S-Series flagship - it will be launched on February 20. If the ETNews report is to be believed, it appears LG has moved up the launch of its flagship G-Series smartphone this year - to recall, its predecessor, the LG G7 ThinQ, was launched in May last year. The ETNews report corroborates another recent report by South Korean publication Naver, which also claimed the LG G8 will be launched at MWC 2019. Notably though, the Naver report had also detailed a foldable smartphone by LG would be launched in the same time frame, featuring an add-on display. We'll just have to wait and see. The ETNews report however does not corroborate leaked renders shared by tipster Onleaks, which show a dual rear camera setup and a regularly-shaped notch.

No Gym, No Equipment, Doesn’t Mean No Workout, Thanks to These Android and iOS Apps
Honor View 20 to Launch Today, When and How to Watch Live Stream