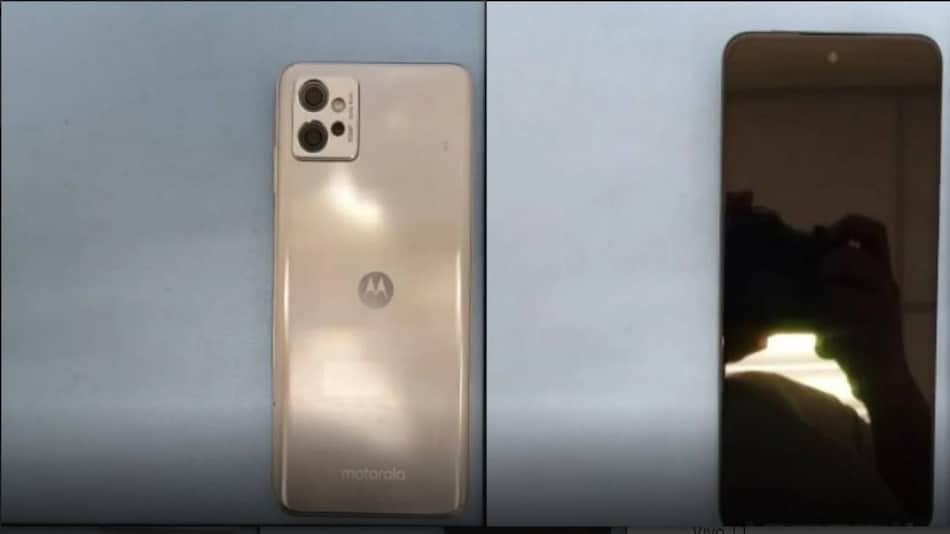 Moto G32 launch is expected to happen soon as the smartphone has been reportedly spotted on the National Communications Commission (NCC) website revealing details like the phone's box content, battery capacity, and fast charging support. Moreover, live images of the upcoming Moto G32 have also been spotted on the same website. The NCC listing suggests that the Moto G32 will pack a 5000mAh battery with 33W fast charging support. The phone's package will come with an AC adapter, charging cable and earphones, as per the report. The handset is said to debut in India this month.

According to a report from MySmartPrice, the Moto G32 from Motorola has been spotted on the NCC database with the model number XT2235-3. The listing reportedly suggests that the upcoming smartphone will pack a 5000mAh battery with 33W fast charging support. The smartphone's package is said to come with an AC adapter, charging cable, and earphones.

The report also mentions that the live images of the upcoming Moto G32 smartphone have been spotted on the website, which shows the handset will come with a triple rear camera setup on the back with a 50-megapixel main camera and LED flash. The images also show a 33W fast charger adapter, earphones, and USB Type-A to Type-C cable in the box.

The live images also tip the presence of a Type-C charging port, 3.5mm headphone jack, and centred punch-hole cutout for the selfie snapper, according to the report.

Previously, the Motorola Moto G32 was also spotted on Thailand's National Broadcasting and Telecommunications Commission (NBTC) database last month, revealing that the handset is going to be a 4G LTE only variant with support for GSM/WCDMA/LTE network. As per the NBTC database listing, the Moto G32 has been reportedly codenamed “Devon22” and has three model numbers, XT2235-1, XT2235-2, and XT2235-3. The smartphone with the model number XT2235-2 is said to launch in India.

Moreover, the specifications of the smartphone have previously been tipped.

The Moto G32 is said to offer a 6.49-inch full-HD display with 120Hz refresh rate and a hole-punch design. It is said to be powered by the Qualcomm Snapdragon 680 SoC and includes either 4GB or 6GB of RAM as well as either 64GB or 128GB of storage. The phone would come with a triple rear camera setup with a 50-megapixel primary sensor, 8-megapixel wide-angle shooter, and a 2-megapixel depth sensor. Moreover, it is tipped to carry a 16-megapixel selfie camera sensor.

PlayStation 5 Faceplates Coming to India, to Be Amazon India Exclusive: Reports
iPhone 14 Could Be $100 More Expensive Than iPhone 13: Report