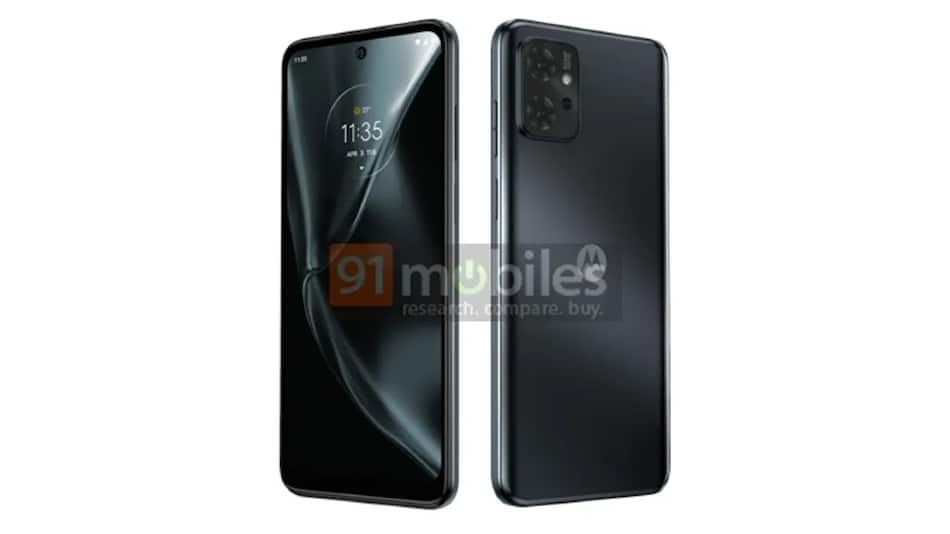 Motorola released the Moto G32 in India recently in August. It appears that the company is gearing up to bring a 5G version of this smartphone to the market. The design renders and specifications of the smartphone codenamed Motorola Devon 5G have now surfaced online. Notably, the Moto G32 was codenamed Devon prior to its launch. Furthermore, details of another Motorola smartphone have surfaced that is being called Maui. It is said to feature a Mediatek Helio G37 SoC, paired with 3GB of RAM.

According to a 91Mobiles report, this smartphone is said to get a 6.5-inch full-HD+ (1,080x2,400 pixels) display with a centrally-place hole-punch cut out. The Moto G32 5G could boast similar design and dimensions to the Moto G32. However, it is expected to get a MediaTek 5G chipset. The handset is said to come in 4GB or 6GB RAM configuration.

The rear camera setup is supposedly also improved featuring a 64-megapixel f/1.8 primary camera, a 2-megapixel macro lens, and another 2-megapixel depth sensor. The Motorola smartphone is rumoured to launch by the end of this year.

The publication has also leaked the alleged design of the Motorola Maui smartphone. It seems to sport a flat back with curved sides for an improved grip. It is depicted with a rectangular camera module on the back that could house a triple camera setup and LED flash. The Motorola logo on the back will supposedly also function as a fingerprint sensor.

The Motorola Maui is said to feature an HD+ (720x1,600 pixels) display with a 20:9 aspect ratio and a centrally-placed hole-punch slot. Under the hood, it is tipped to feature a Mediatek Helio G37 SoC along with 3GB of RAM. The triple rear camera setup includes a 16-megapixel H1634B sensor with an f/2.2 aperture. There could also be dual 2-megapixel secondary sensors with f/2.4 aperture.

The smartphone was previously expected to debut in Q3 2023. However, the Motorola Maui could still launch by the end of this year.