Motorola Moto G71 5G is teased to go on sale through Flipkart following the official launch. 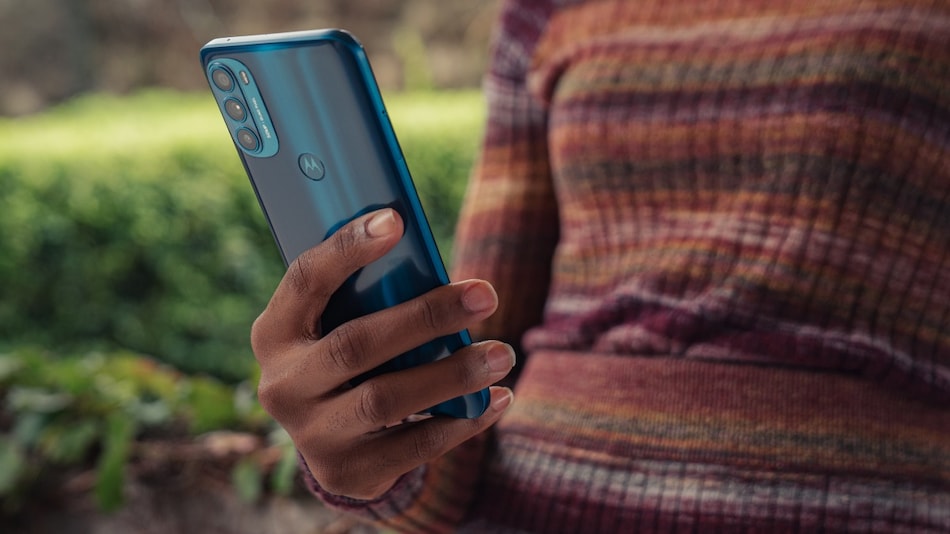 Motorola Moto G71 5G India launch date has been set for January 10, the Chinese company confirmed on Tuesday. The Motorola phone debuted in Europe in November last year. It comes with features including triple rear cameras and a hole-punch display design. The Moto G71 5G is also based on the newly launched Qualcomm Snapdragon 695 SoC. The smartphone is touted to deliver up to two days of battery life on a single charge. It also supports Motorola's proprietary TurboPower fast charging.

The official Motorola India Twitter handle confirmed the launch date of the Moto G71 5G. It carried a teaser image showing that the new smartphone will be available for purchase in the country through Flipkart. The launch date was recently suggested by tipster Mukul Sharma.

The dual-SIM (Nano) Motorola Moto G71 5G runs on Android 11 with My UX custom skin on top and features a 6.4-inch full-HD+ (1,080x2,400 pixels) Max Vision OLED display with a 20:9 aspect ratio and a 60Hz refresh rate. The phone is powered by an octa-core Snapdragon 695 SoC, coupled with up to 8GB of RAM. The Moto G71 5G flaunts a triple rear camera setup that carries a 50-megapixel primary sensor with an f/1.8 lens, along with an 8-megapixel ultra-wide shooter and a 2-megapixel macro shooter.

Motorola has provided a 16-megapixel selfie camera sensor on the Moto G71 5G. The front-facing camera is paired with an f/2.2 lens.