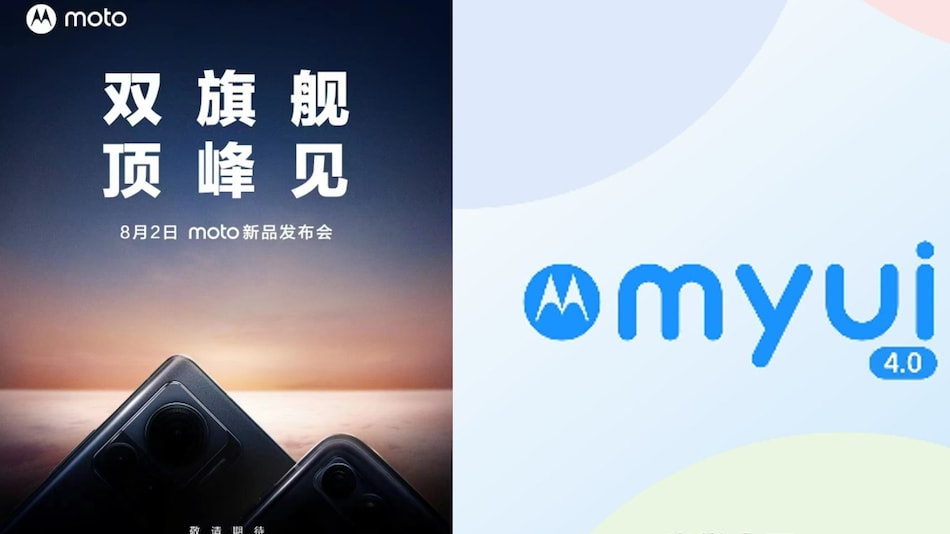 Motorola Razr 2022 was teased by company earlier this year

Motorola Razr 2022 and Moto X30 Pro will be launched in China on August 2, Motorola has announced via a post on Weibo. The Lenovo-owned company had previously teased the foldable smartphone in a black shade and it was suggested that it will come with dual rear cameras along with an LED flash. Moto X30 Pro, on the other hand, is said to come with a 200-megapixel Samsung ISOCELL HP1 sensor. Motorola has also teased the debut of myui 4.0 OS and it will come with Motorola Razr 2022 and Moto X30 Pro handsets.

As per a post by Motorola on Weibo, the Motorola Razr 2022 and Moto X30 Pro will be launched in China on August 2 at an event scheduled for 7.30pm local time (5pm IST). In a separate post, Motorola announced that its myui 4.0 will also debut on both these phones. The new UI is claimed to offer “new visuals, all-round upgrade, and intuitive interaction.”

The Motorola Razr 2022 has already been teased by the company and it may come with black shade as well as a dual rear camera setup along with LED flash. Leaks have suggested that the smartphone may arrive in Quartz Black and Tranquil Blue colour options. It is tipped to feature an AMOLED display with a refresh rate of 120Hz. The primary screen is said to have full-HD+ resolution and a 20:9 aspect ratio.

Under the hood, the Motorola Razr 2022 is expected to come equipped with the Qualcomm Snapdragon 8 Gen 1 SoC. It could come with a 50-megapixel dual rear camera setup and may include a 32-megapixel Omnivision sensor in the front.

YouTube to Purge Misleading Abortion Videos as Procedure Faces Bans, Restrictions Across Parts of the US