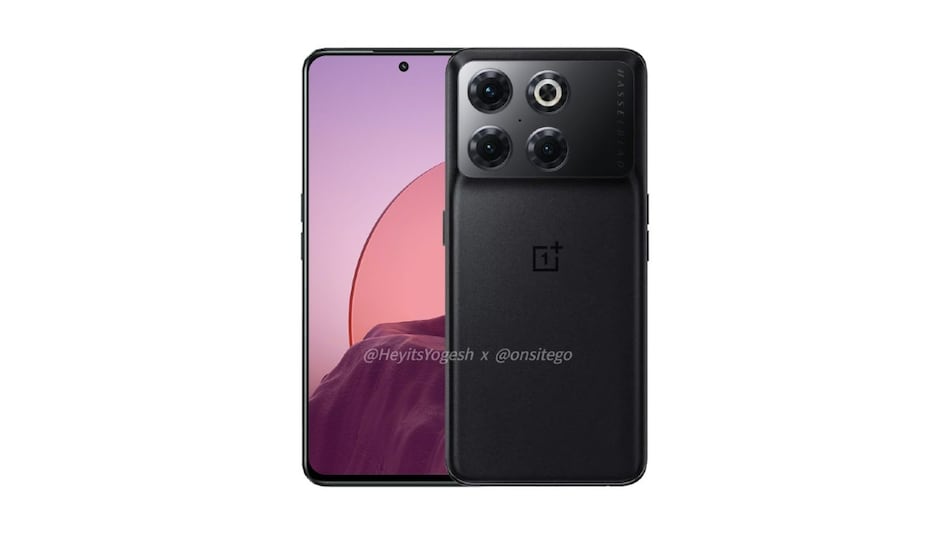 OnePlus 10T could be launched in two colour options

OnePlus 10T R&D testing has reportedly started in India and some of its key specifications have been leaked. As per a tipster, the mentioned upper mid-range OnePlus smartphone, which could be called the OnePlus 10T, will come with a Qualcomm Snapdragon 8+ Gen 1 SoC under the hood. It is tipped to launch in two colour options and two configurations. Another tipster claimed that the handset performs a little better in terms of gaming as compared to the OnePlus 10 Pro.

The first set of information comes from tipster Mukul Sharma who claims that the R&D testing of an upper mid-range smartphone from OnePlus, which could be called the OnePlus 10T, has begun in India. He claims that this particular phone will come equipped with a Snapdragon 8+ Gen 1 SoC and will be offered in 8GB RAM + 128GB storage as well as 12GB RAM + 256GB storage configurations. Additionally, the phone is tipped to come with 150W fast charging support and Black (or Grey) and Green colour options.

In a related development, another tipster, Yogesh Brar, claims that an upper mid-range handset from OnePlus (CPH2413) with Snapdragon 8+ Gen 1 SoC has a better gaming performance than the OnePlus 10 Pro. He claims that this phone gets an average 57fps and its temperature is between 43-46 degrees Celsius when playing Genshin Impact with Extreme settings. Genshin Impact is a very demanding game in terms of pushing the limits of software and hardware. The OnePlus 10 Pro is said to get an average 55fps with temperature between 45-49 degrees Celsius suggesting the yet unidentified phone an edge over the Pro version.

In our review, we also found out that the OnePlus 10 Pro 5G has heating issues while gaming. The phone ran cool for the most part but high-end, multiplayer titles such as Fortnite on ‘Epic' graphics caused it to get really hot. Though the in-game performance was steady and gameplay didn't suffer.

Coming back to the alleged OnePlus 10T, this is not the first time that there has been a mention of this phone. A recent report claimed that the phone will get the Qualcomm Snapdragon 8+ Gen 1 SoC paired with up to 12GB of RAM and 256GB of onboard storage. It also mentioned support for 150W fast charging — which is in line with the specifications leaked by Sharma above.