OnePlus 11 is tipped to be powered by a Qualcomm Snapdragon 8 Gen 2 SoC that is expected to be launched at the Qualcomm Summit 2022 event. 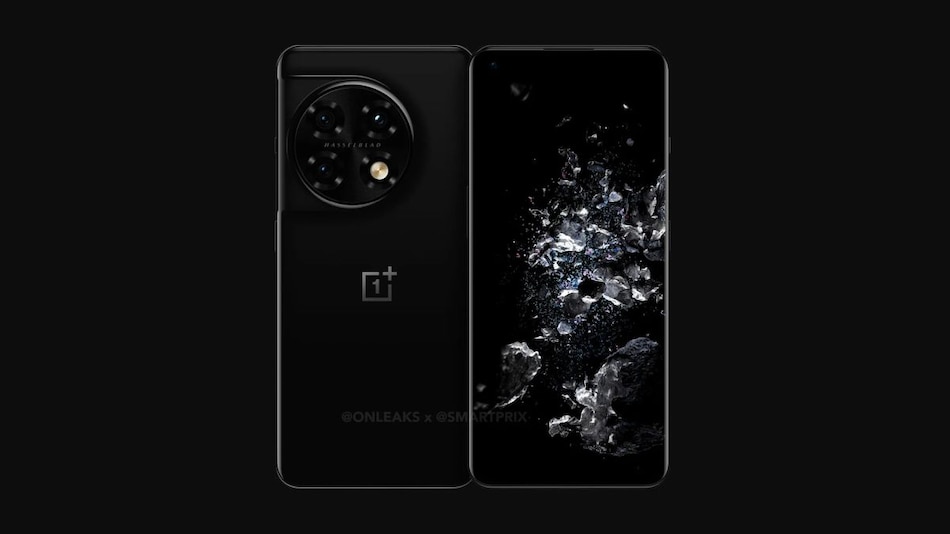 OnePlus 11 Pro, the purported successor to its flagship OnePlus 10 Pro smartphone that is expected to launch in 2023, is tipped to be launched without the Pro moniker. The latest flagship is set to be named the OnePlus 11 and will not feature as a 'Pro' model, according to reliable tipster Max Jambor. Another tipster, Steve Hemmerstoffer (@Onleaks) has also backed up the claim. They had previously predicted the latest flagship model would make its debut as the OnePlus 11 Pro. Meanwhile, the Chinese smartphone maker is yet to announce plans to shed the Pro moniker completely for the 11 series, or whether it is looking to launch it at a later date in 2023.

Tipster Max Jambor (Twitter: @MaxJmb) followed up his tweet claiming that "the upcoming OnePlus Pro model is called OnePlus 11" with an answer to someone asking whether a Pro model would come, and said, “Not for Q1 2023 at least. The device we are going to see is pro-speced but they just skip the Pro name this time.”

Not for Q1 2023 at least. The device we are going to see is pro-speced but they just skip the Pro name this time

OnePlus typically launches two flagship models with a 'Pro' model featuring alongside the standard offering. In such instances, these models have been followed up by a T-model later in the year, usually as a more refined version of the flagship model. However, the company has not been consistent with this strategy in the past couple of years. The OnePlus 10 series was launched with a OnePlus 10 Pro in January which was followed by a OnePlus 10T later in August. The OnePlus 10 series did not get a standard OnePlus 10 model at all.

The rumoured successor to the OnePlus 10 Pro, was previously tipped to sport a 6.7-inch QHD+ AMOLED display, powered by a Qualcomm Snapdragon 8 Gen 2 SoC, while featuring triple rear cameras led by a 50-megapixel main sensor backed by a 5,000mAh battery with support for 100W charging.

The OnePlus 11 Pro is tipped to launch in two configurations — 8GB + 128GB storage and 16GB + 256GB storage. As per leaks, OnePlus will pack a Hasselblad-branded triple rear camera unit on the upcoming device. It could comprise a 50-megapixel primary sensor, a 48-megapixel ultra-wide angle lens, and a 32-megapixel telephoto sensor. For selfies, it is said to include a 16-megapixel sensor at the front.

Connectivity options in the handset are said to include 5G, Wi-Fi 6E, Bluetooth v5.2, GPS, and a USB Type-C port. It could carry an in-display fingerprint sensor for authentication. The OnePlus 11 is also said to include Dolby Atmos-enhanced speakers.

Tipster Steve Hemmerstoffer (@OnLeaks), in collaboration with SmartPrix, previously shared purported renders of the rumoured OnePlus 11, which are based on early prototypes of the phone.