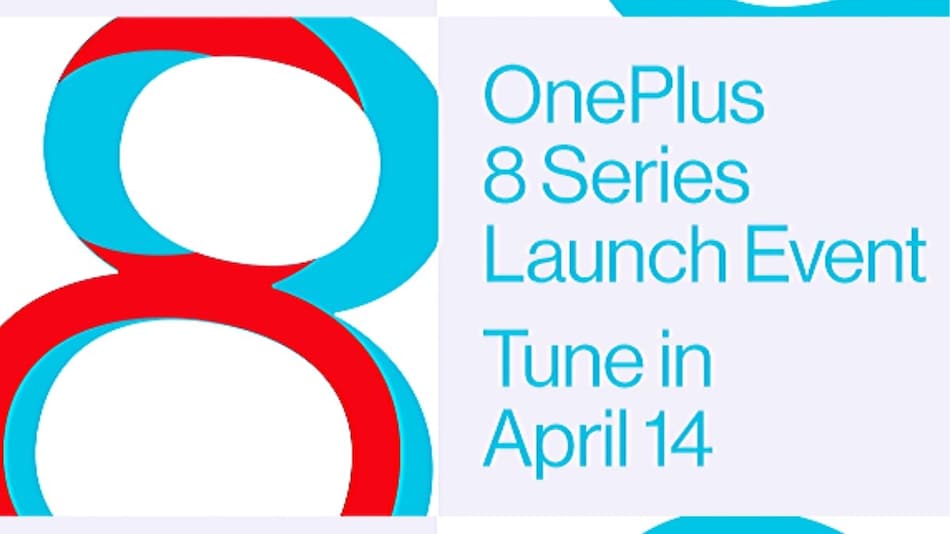 OnePlus 8 smartphone series will officially launch on April 14, the company announced on Monday. The online-only event will be hosted at 8:30pm IST via live stream on the OnePlus' official website and YouTube channel. The company also confirmed that the latest OnePlus series will support 5G connectivity. The OnePlus 8 series will likely comprise the OnePlus 8 Pro and OnePlus 8, looking at past launches from the company as well as innumerable leaks leading up to the reveal. The company has also teased a 120Hz refresh rate, but it it remains uncertain whether it will be available on both the smartphones or only the Pro variant. It is also speculated that OnePlus will launch another smartphone in a new series this year, the OnePlus Z, however, more information is expected from the Chinese tech company in the upcoming weeks.

From the official teaser posted on the OnePlus website, we can notice a black variant of the smartphone. Many details such as the camera specifications or the prices are yet to be revealed. However, thanks to a slew of leaks over the past month, we can expect to see a host of features on the upcoming OnePlus 8 and OnePlus 8 Pro smartphones. This includes a quad rear camera setup and Qualcomm Snapdragon 865 SoC.

Meanwhile, a report published on Sunday indicated that the upcoming OnePlus 8 smartphones will be available in three colour variants - one of them is called Interstellar Glow. An alleged render of OnePlus 8 Pro spotted online last week also showed the phone in sea green colour variant. The report added that the rumoured OnePlus 8 Pro will include a 48-megapixel IMX689 primary sensor with f/1.78 lens to the rear camera setup. This will be packed along with a secondary 48-megapixel IMX586 ultra-wide camera with f/2.2 aperture, an 8-megapixel f/2.44 telephoto camera with 3X optical zoom and 30X digital zoom, and a 5-megapixel colour filter.

Additionally, another report hinted that the OnePlus 8 smartphone will also have a 48-megapixel primary sensor. However, it will be packed with a 16-megapixel ultra-wide lens, and a 2-megapixel macro camera.