Oppo A1 Pro is teased to offer a 4,800mAh battery with 67W fast charging support. 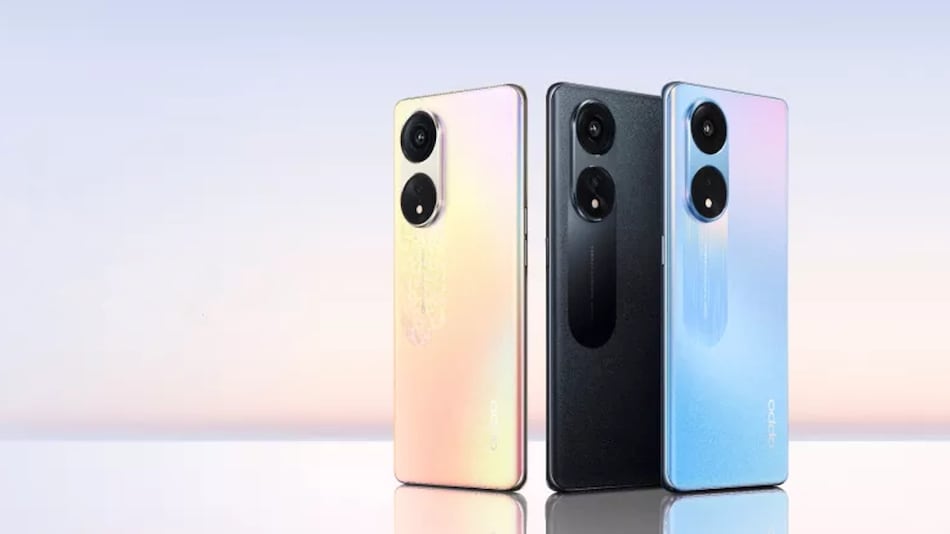 Oppo A1 Pro will be offered in Dawn Gold, Moon Sea Black, and Zhaoyu Blue shades

Oppo A1 Pro is all set to go official in China today (November 16), but ahead of it, the Chinese smartphone brand has released official images, showing the complete design of the A-series phone. The renders suggest three colour options for the Oppo A1 Pro, namely Dawn Gold, Moon Sea Black, and Zhaoyu Blue. It is teased to offer up to 12GB of RAM and 256GB of onboard storage. The renders show a hole-punch display at the front to house the selfie shooter. It is confirmed to pack a 4,800mAh battery with 67W fast charging support. It will come with 5G connectivity as well. The Oppo A1 Pro will have a dual rear camera setup led by a 108-megapixel primary sensor.

In the build-up to Oppo A1 Pro's imminent arrival, Oppo has unveiled the official look of the smartphone via its China website. As mentioned, the listing shows a hole-punch display design. Ring-like camera modules housing dual rear cameras are seen arranged on the upper left corner of the handset. The handset is seen in Dawn Gold, Moon Sea Black, and Zhaoyu Blue (translated) colour options. Further, the volume rockers are seen on the right spine of the smartphone, while the power button is present on the left spine.

Oppo had already announced that the launch of Oppo A1 Pro will take place on November 16. The launch event will begin at 6:00pm (3.30pm IST). Confirmed specifications of Oppo A1 Pro include 108-megapixel dual rear cameras, OLED display with a 120Hz refresh rate, and narrow 2.32mm bezels.

iPhone Manufacturing Unit to Be Set Up Near Hosur, Will Employ 60,000 Workers, IT Minister Says
Bengaluru, Chennai, Ahmedabad Named Among World's 20 Most ‘Crypto Stressed’ Cities