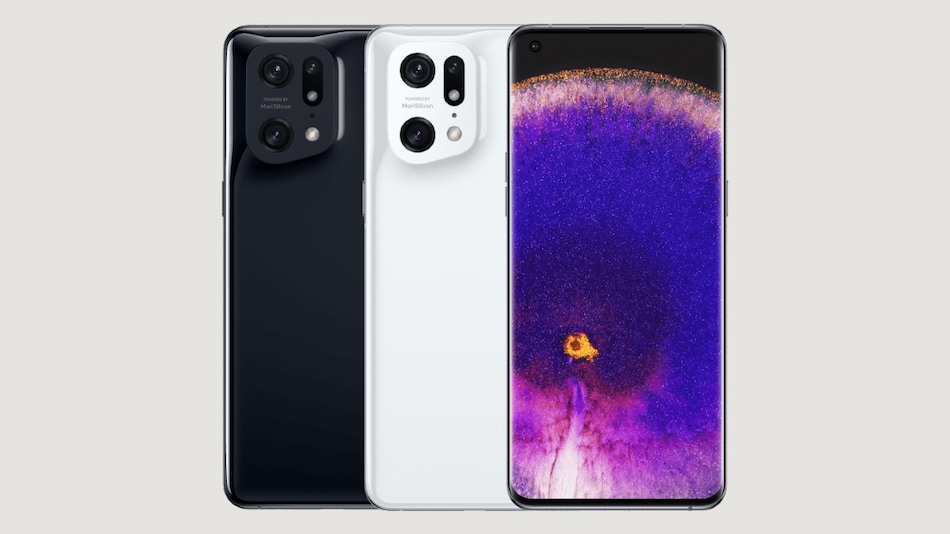 Oppo has been tipped to be working on a wide range of products that it is expected to unveil later this year. These are said to include a new Oppo Find X5 series smartphone that is expected to be powered by a Qualcomm Snapdragon 8+ Gen 1 SoC. This handset could be a special edition Find X5 Pro. Oppo is also expected to launch its first clamshell foldable smartphone along with the Find N2. The Chinese smartphone manufacturer could hold a mega launch event later this year to reveal these and more of its new products.

According to tipster Digital Chat Station, Oppo could launch a Snapdragon 8+ Gen 1 SoC-powered Find X5 Pro in August. This could be a special edition handset similar to the Oppo Find X3 Pro Photographer Edition that was launched in September 2021. The tipster did not delve into any more details regarding this handset.

Meanwhile, more Oppo products could be on their way. The company is believed to be working on its first clamshell foldable smartphone, which is codenamed 'Dragonfly'. It could also be developing a successor to the Oppo FInd N — Oppo Find N2 codenamed 'White Swan' — which might arrive this year too. A recent report mentions that both foldable smartphones could feature Snapdragon or Dimensiy SoCs chipsets depending on the market. They might also sport displays with a refresh rate of 120Hz.

The tipster has also suggested that the ColorOS 13, Oppo Watch 3, and Oppo Band 2 are likely to arrive in 2022. The two wearables were recently tipped to launch soon in India as well. Oppo is expected to host a mega launch event later this year to unveil some of these products together. It is worth noting that the company is yet to confirm the existence of any of these products.