Oppo Reno 8 Pro 5G in September will be the first phone in India to get ColorOS 13. 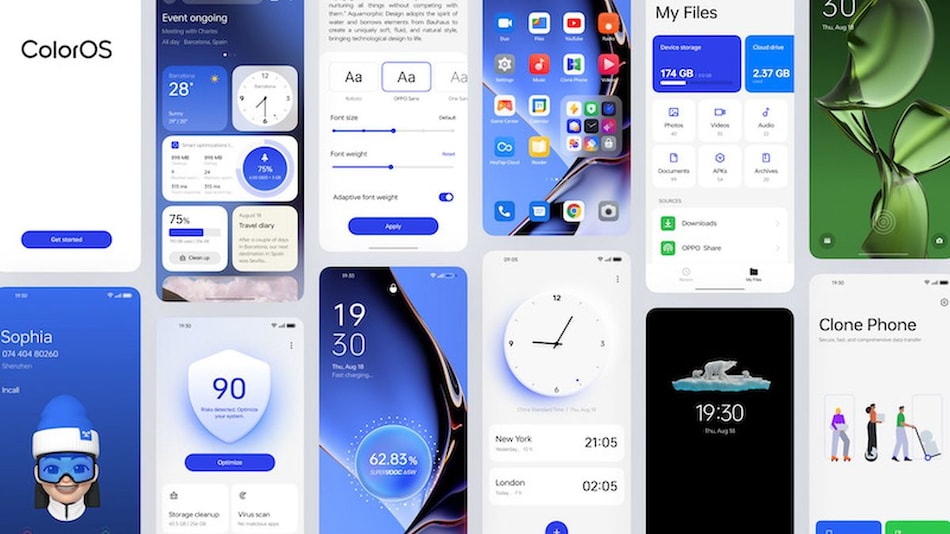 Oppo has unveiled its latest ColorOS 13 UI for the global market, and the Oppo Reno 8 Pro 5G will be the first handset in India to get the new OS version. The ColorOS 13 is based on Android 13 beta version. It arrives with the Aquamorphic design, which the company claims is inspired by the fluidity of water. The update also features a new font that is said to improve readability of text in any language. ColorOS 13 also features the new Dynamic Computing Engine that improves battery life, according to Oppo.

ColorOS 13 will begin rolling out in India with the Oppo Reno 8 Pro 5G in September this year. The company is starting the global roll out of the new OS version today with the Oppo Find X5 Pro and Find X5. In October, the company will release the update to Reno 8 5G, Reno 7 Pro 5G, Reno 7 5G, Reno 6 5G, Oppo F21 Pro, Oppo K10 5G, and Oppo A76.

Currently, Oppo plans to release the update to nearly 35 smartphone models within the year. The update plan will cover over 60 countries and more than 160 million users, according to the company. ColorOS 13 will roll out to 20 more phone models from 2023.

ColorOS 13 features the Aquamorphic design that is inspired by the water's fluidity, according to Oppo. The new ColorOS 13 is based on Android 13 beta version. The update brings a redesigned user interface. It offers a new theme palette and a new font that is said to improve readability of text in any language, Oppo added. The ColorOS 13 features card-style layout for notifications and widgets, and the app icons have curved edges. It also brings the Quantum Animation Engine that enables Aquamorphic effects.

The new OS version from Oppo offers a new series of always-on display (AOD) images called Homeland. The AOD images show different animals in their natural habitats. The AOD also gets animations that are said to reveal changes in the habitats the animals live in. The company has also released the Dynamic Computing Engine with ColorOS 13. According to Oppo, The new engine will offer a smoother and more stable user experience by increasing the battery life of a phone and offering the ability to keep more tasks running in the background.

Oppo said that with the Smart AOD on ColorOS 13, users will be able to access information from music and food delivery apps directly from the lock screen. The company has partnered with several companies like Bitmoji, Spotify, Swiggy, and Zomato to integrate the above mentioned feature to the Smart AOD. Additionally, the company has reduced the AOD refresh rate to 1 hertz by using the LTPO 2.0 technology. The company claims that this could save about 30 percent power in “some scenarios”.

The company has also added a feature called Meeting Assistant, which can automatically prioritise wireless data packages to provide a stable connection. It also “simplifies” banner notifications to reduce distractions. With ColorOS 13 update, the multi-screen connect feature now supports sharing between Oppo handsets, Oppo Pad Air, and Oppo desktops. The improved version of the multi-screen connect will increase productivity, according to the company.

Moreover, ColorOS 13 integrates the underlying privacy features of Android 13. Oppo's Auto Pixelate feature is also offered with the new OS version that recognises and blurs profile pictures and names in chat screenshots. ColorOS 13 also brings the new encrypted Private Safe feature with Advanced Encryption Standard, which is said to provide “high levels” of safety, according to the company.