Realme 8 ‘Infinity Sale’ for pre-orders goes on till March 22. 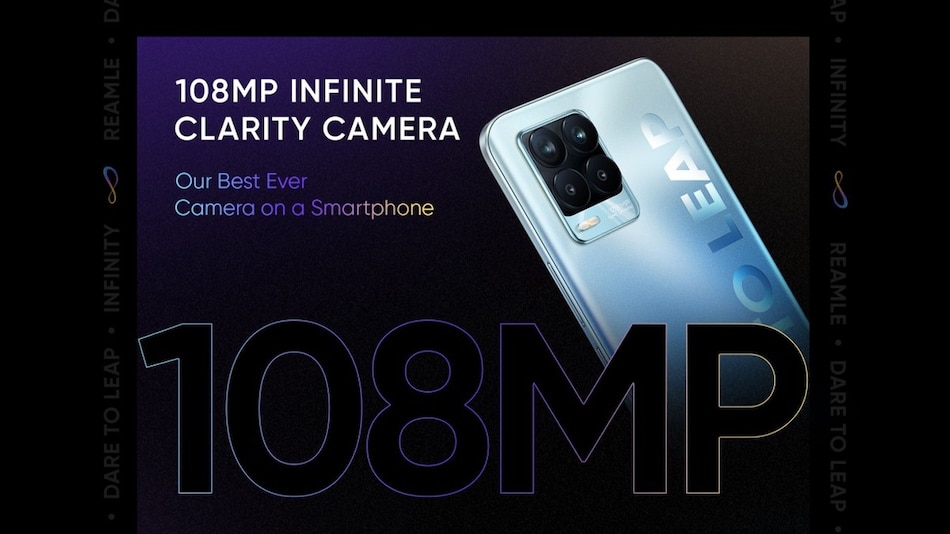 Realme 8 series pre-booking requires one to purchase a Flipkart voucher worth Rs. 1,080

Realme 8 series pre-booking went live on March 15 at 12pm (noon) on Flipkart and will go on till March 22. To book a Realme 8 series device during its ‘Infinity Sale' — a reference to the 108-megapixel camera teased to feature in the series — you have to visit its Flipkart page and register. You have to purchase a Flipkart Electronic Gift Voucher of Rs. 1,080, and visit the website again on March 24 when the sale date of the Realme 8 series devices will be announced.

Pre-booking a Realme 8 series phone will also fetch buyers a 50 percent discount on the [Realme Buds Air Neo] true wireless stereo (TWS) earphones launched last year. They will receive a discount coupon to purchase the TWS earphones on the Flipkart app — available for both Android devices on the Google Play store and iOS devices on the App Store — within 10 days of receiving their Realme 8 series phone. The effective cost of the Realme Buds Neo Air with the discount coupon will come down to Rs. 1,499.

The Flipkart page confirms that the Realme 8 series will feature a 108-megapixel camera, which has been teased as the highlight of the series on several occasions in the past. The 108-megapixel camera will also have 9-in-1 pixel binning that will assist in low-light photography. The Samsung HM2 camera has been earlier confirmed to come with 3x zoom and a Starry Mode for time-lapse videos. It is, however, expected to be reserved for the top-end Realme 8 Pro variant. The microsite says that the Realme 8 Pro will weigh 176 grams and have a thickness of 8.1mm. The Pro variant was also recently spotted on a US Federal Communications Commission (FCC) certification listing with a 4,500mAh battery and support for 65W fast charging.

The vanilla Realme 8 specifications were earlier teased by company CEO Madhav Sheth, who shared an image of the retail box of the device. The phone will feature a 6.4-inch Super AMOLED display, MediaTek Helio G95 SoC, and a 5,000mAh battery with 30W Dart Charge fast charging support. It will have a quad rear camera setup headlined by a 64-megapixel primary sensor.

Both Realme 8 and Realme 8 Pro smartphones are expected to run on Android 11 out of the box.