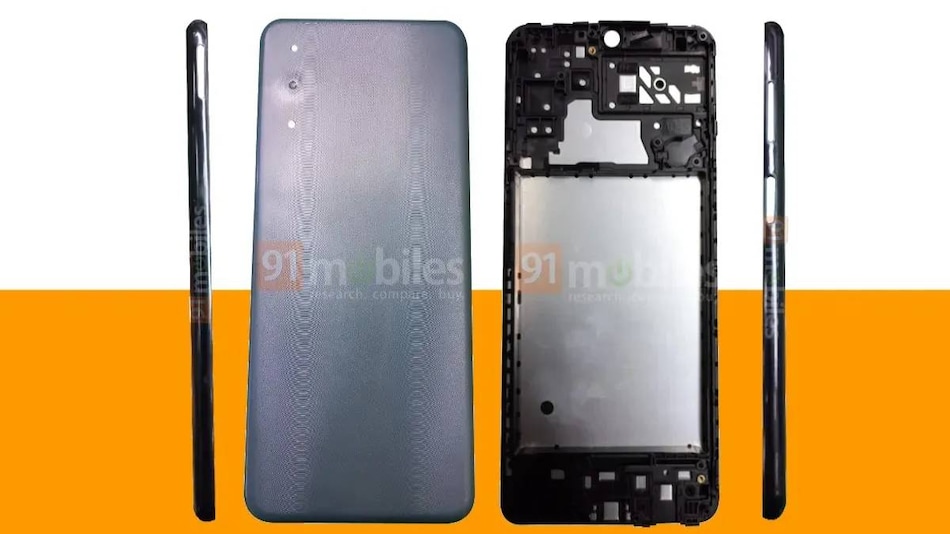 Samsung Galaxy A04s was recently reported to have begun its production in Samsung's Noida-based plant. Now, images of the handset have reportedly been leaked from the factory. The images appear to reveal the design of the handset. Although, the South Korean company is yet to announce any details regarding the Galaxy A04s, it is tipped to make its debut in the country by late September or early October. The Samsung Galaxy A04s will be available in a 5G variant, according to reports.

A report by 91mobiles, reveals the purported live images of the Samsung Galaxy A04s, which are claimed to have been leaked from the factory. The images appear to reveal the complete design of the smartphone.

It can be seen in the images that the body of the Galaxy A04s is made of plastic and the side panels of the handset appear to be slightly curved. The images also reveal that the power button and volume rocker are placed on the right spine of the handset. Moreover, the back panel of the smartphone also shows a triple camera unit and an LED flash.

The Samsung Galaxy A04s could be powered by an octa-core Exynos 850 SoC with a base clock speed of 2GHz. The smartphone is also said to be equipped with 3GB RAM and run on Android 12 out-of-the-box, according to a previously spotted Geekbench listing.

On the other hand, it was recently reported that the South Korean giant is working on a 5G variant model of the upcoming Samsung Galaxy A04s.

An earlier report, which included leaked renders and specifications of the smartphone, said that the Galaxy A04s is could sport a 6.5-inch HD+ resolution display with a V-shaped notch at the top. The smartphone is also expected to sport features similar to its predecessor, the Samsung Galaxy A03s, which was launched in India in August last year.