The Samsung Galaxy A80 update also brings along the July 2019 Security Patch. 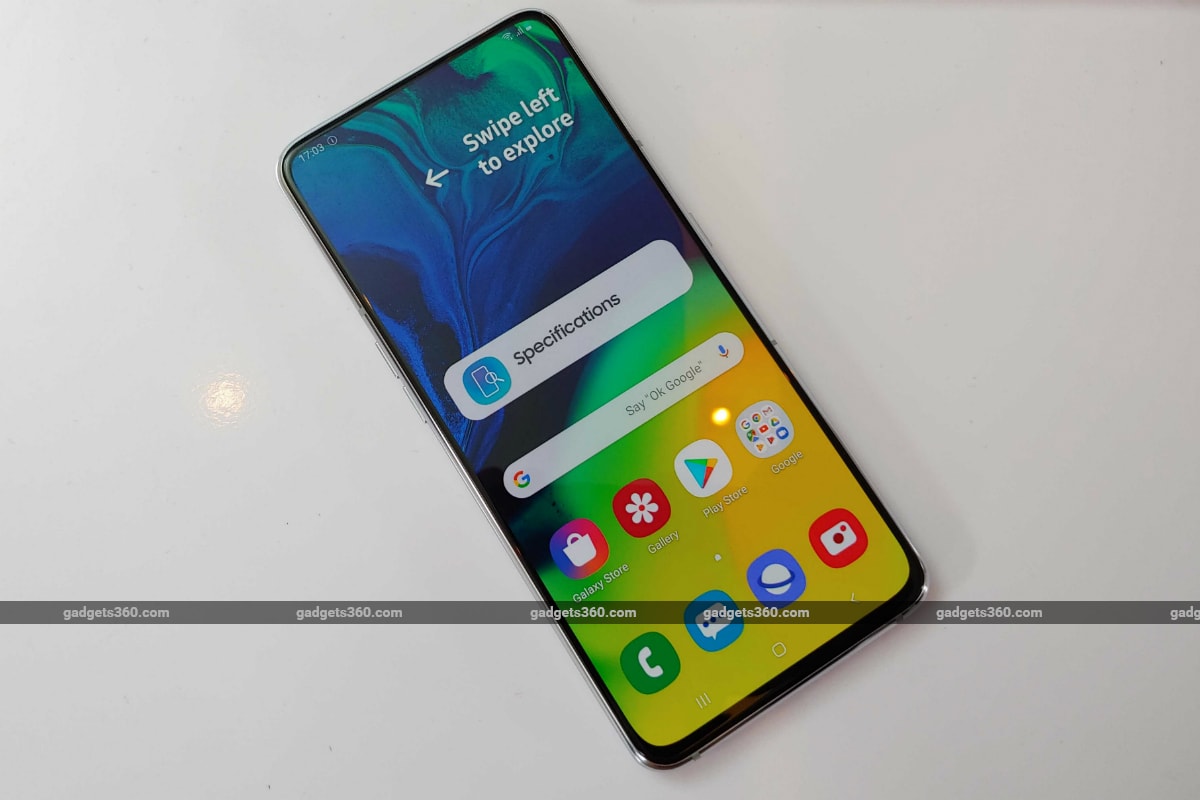 Samsung Galaxy A80 is reportedly receiving a new firmware update that brings autofocus functionality to the cameras when they are used in selfie mode. To recap, Samsung unveiled the Galaxy A80 back in April and the smartphone was recently only launched in India with the pre-orders of the device running till Wednesday, July 31 in the country. Along with capable hardware, the main highlight of the smartphone has to be its rotating camera setup that enables almost a bezel-less display experience.

According to a report by SamMobile, the Samsung Galaxy A80 is reportedly receiving a new firmware update with software version A805FXXU2ASG7. The update along with device performance improvements and bug fixes also bundles the July 2019 Android Security Patch.

Moving on, the most notable improvement that the Samsung Galaxy A80 update brings is that the stability of the camera has been improved as autofocus functionality has been added to the cameras when they are used for taking selfies. Now the report points out towards quite a few consistency issues in the cameras when used for both the front and back. And while not all the problems are solved right away, this new update is definitely a step in the right direction.

Samsung Galaxy A80 price in India

The price of the Samsung Galaxy A80 has been set at Rs. 47,999 for the lone 8GB RAM + 128GB storage variant. The smartphone is currently up for pre-orders in the country that runs from July 22 to July 31. Additionally, the sale starts from August 1 and the smartphone will be available for purchase through all major mobile retail stores, Samsung India online store, Samsung Opera House, and all "major leading online channels" in the country.

Samsung Galaxy A80 specifications and features

The Samsung Galaxy A80 features a full-HD+ (1080x2400 pixels) 6.7-inch Super AMOLED Infinity display with an aspect ratio of 20:9. Under the display is home to the in-display fingerprint sensor. The smartphone is powered by the Qualcomm Snapdragon 730 SoC and comes with a 3,700mAh battery under the hood with support for 25W fast charging.

The key highlight of the Galaxy A80 is its rotating camera that can be used as a conventional rear camera and also as a front camera when you use it in selfie mode. The camera setup comprises of a 48-megapixel primary sensor with an aperture of f/2.0. This is coupled with a secondary 8-megapixel ultra-wide-angle sensor that has an aperture of f/2.2 and a 123-degree field of view. Additionally, there is also a 3D depth camera along with an IR sensor.