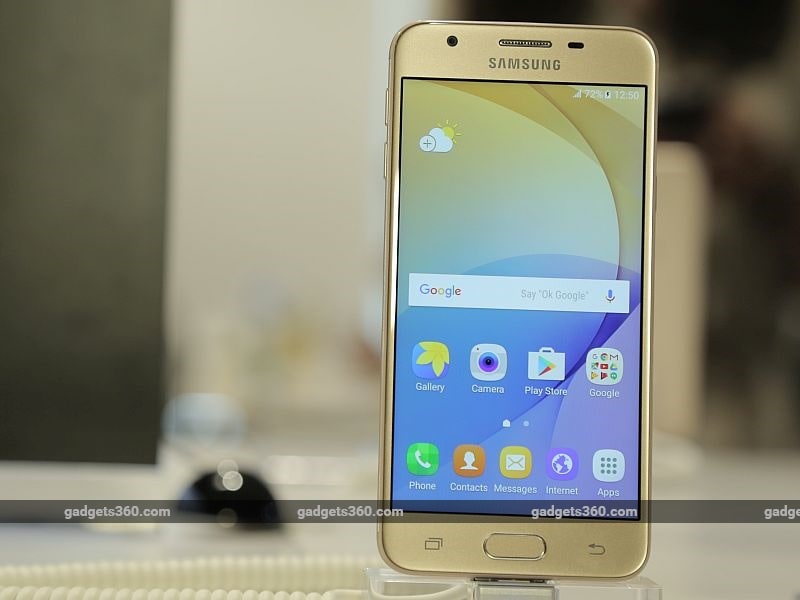 You can manually check the update via Settings > About Device > Software Update. The new Android Nougat update for the Samsung Galaxy J5 Prime is over 1GB in size, and users are advised to use a Wi-Fi network to download the update. The Android 7.0 Nougat update notification confirms some of the new features including a new Samsung UX with various performance modes, improved usability of multi-window, notifications, and Quick Settings, and a new Dual Messenger feature. The Samsung Galaxy J5 Prime Android Nougat update was first reported by Sammobile.

To recall, the Samsung Galaxy J5 Prime was initially launched back in 2016, and a new 32GB storage variant was announced earlier this year.

As for specifications, the Samsung Galaxy J5 Prime is powered by an octa-core Samsung Exynos 7870 processor coupled with 3GB of RAM. It supports expandable storage via microSD card of up to 256GB. The dual-SIM phone features a 5-inch HD display. There's a 13-megapixel rear autofocus camera with f/1.9 aperture and an LED flash. There is also an 8-megapixel front-facing camera. The phone has a non-removable 2400mAh battery.