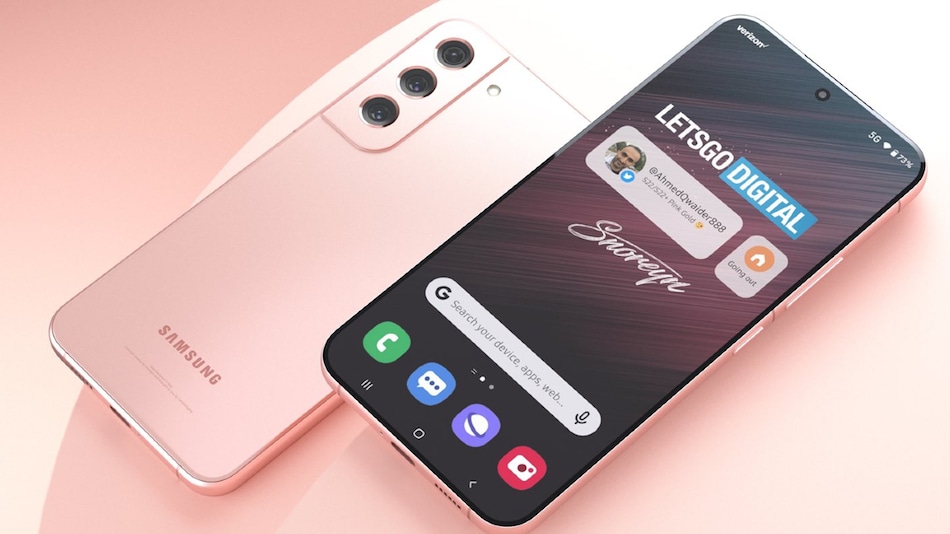 Separately, renders of Samsung Galaxy S22 and Galaxy S22+ smartphones were shared by LetsGoDigital in collaboration with Ahmed Qwaider (@AhmedQwaider888). The renders show the upcoming phones in Pink Gold colour shade. As per the report, Samsung's flagship series phones will have a matte finish, contrary to previous leaks. As per the report, the colour code for the new shade is #E2B9B3. Further, the upcoming S-series phones are said to have an anti-fingerprint glass with upgrades from that of Galaxy S21 and Galaxy S21+ devices. Also, the upcoming smartphones are said to be IP68-rated for dust and water resistance.

Samsung Galaxy S22 Ultra's red option is said to be named ‘Burgundy'. Since there's no official confirmation, this information should be taken with a pinch of salt.

Samsung has not yet confirmed the launch date of the Galaxy S22 series, however, it is expected that the phones will debut on February 8 or February 9 next year.